These tragic disasters have left a legacy that makes spaceflight much safer today.

Space is notoriously dangerous and difficult to prepare for. As Richard Branson once pointed out when talking about his Virgin Galactic project, it literally "is rocket science."

Sadly, humanity's desire to explore beyond Earth and to understand the universe has led to a few disasters throughout the storied history of space travel.

Here are some of the worst disasters along with a little information about the brave souls that went up into space in the name of furthering our scientific understanding of the cosmos.

On February 1, returning into Earth's atmosphere on its 28th mission, the Columbia space shuttle broke up on re-entry, killing all seven astronauts aboard. The incident led, directly, to the retirement of NASA's space shuttle fleet in 2011 and its lack of truly ambitious missions in recent years, with NASA currently working on a successor with Project Artemis.

An investigation determined that the problem started during Columbia's launch from Earth 16 days previously. A small piece of insulating foam broke loose from a fuel tank during launch and pierced a small hole in the shuttle's left wing.

The foam had actually detached during previous shuttle launches without incident, leading NASA officials to believe it wasn't a problem. However, on this occasion, the small hole in the wing led to depressurization and the eventual breaking up of the craft, due to atmospheric gases bleeding into the shuttle as it went through its speedy re-entry.

NASA came under intense scrutiny from Congress and the press over the fact that they knew about the foam issue. As Pamela A. Melroy, the leader of the investigation into the crash, said, “the crew was doing everything they were trained to do, and they were doing everything right” as the disaster struck.

The tenth mission of the space shuttle Challenger ended in tragedy. The shuttle, which was carrying seven astronauts, including Christa McAuliffe, a high school teacher who had been selected as part of NASA's new “Teacher in Space” program, broke apart 73 seconds after its launch from Cape Canaveral. It then crashed into the Atlantic Ocean from an altitude of approximately 50,000 feet.

An investigation following the incident found that NASA had known that freezing temperatures could damage the spacecraft's rubber O-rings, built to separate the rocket boosters and stop fuel leaks, and prevent them from sealing. 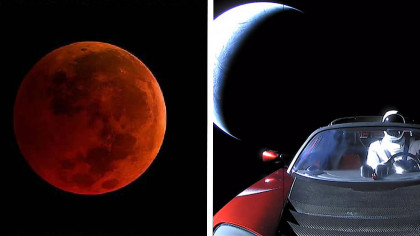 An engineer that worked on the Challenger shuttle, a Bob Ebeling, had actually tried desperately to warn that there was not enough data on how the rubber O-rings would handle temperatures colder than 54 °F (12 °C) and that the launch should be postponed. His request fell on deaf ears. After one particularly frustrating meeting with NASA officials, Ebeling is reported to have gone home and told his wife that the Challenger shuttle would blow up.

NASA decided to go ahead with the launch despite these warnings, leading to widespread outrage and the temporary suspension of the space shuttle program.

3. The Soyuz II disaster and its legacy

This disaster accounts for the only 3 people to have died while actually in space. After the Apollo mission's successful moon landing, the Soviet Union was eager to make its mark with its space program and outdo its U.S. counterparts. In April 1971, they certainly did make their mark by launching the world’s first space station, Salyut-1.

Two months later, three cosmonauts earned hero status in Russia by taking off on the Soyuz 11 rocket, docking at Salyut-1, and spending three weeks aboard carrying out scientific observations.

Everything seemed to be going to plan until the return trip on June 30. The spacecraft made a normal re-entry and a perfect landing. However, when ground operatives opened the hatch all three cosmonauts were unresponsive.

Soyuz 11 had landed automatically. During its descent, a faulty air vent had opened leading to cabin depressurization. None of the cosmonauts were wearing space suits, meaning they quickly ran out of oxygen and likely suffocated to death approximately 30 minutes before landing.

As a legacy of the Soyuz 11 disaster, it became a requirement for cosmonauts and astronauts to wear spacesuits during any stages of a mission where depressurization could occur.

4. The avoidable tragedy of Soyuz I

Vladimir Komarov is one of the truly tragic figures of the space race that heated up between the U.S. and Russia in the 50s. On the descent back towards Earth, the Soyuz I spacecraft's parachute system failed, leading to its one crew member, Vladimir Komarov, crashing to the ground in a ball of flames.

What makes this story so tragic is that Komarov knew the mission was compromised. In fact, his final recorded transmission from the craft had him screaming and cursing at his superiors who he said had "killed" him.

As NPR points out, Kolarov's dear friend and colleague, Soviet space hero Yuri Gagarin, had inspected the spacecraft with other technicians and they had found 203 structural problems.

Despite pleas to postpone the spaceflight, Leonid Brezhnev, the Soviet Union leader of the time pushed plans ahead — the spaceflight was essentially a stunt to commemorate the 50th anniversary of the Communist revolution and could not be postponed. Tragically, both Kolarov and Gagarin asked to fly. Each one wanted to save the other from what proved to be certain death.

Before Kolarov flew, reports say that he asked for an open casket funeral so that the Soviet leadership could see what it had done to him. He got his wish.

The Apollo space program almost ended before it started. Unfortunately, in another example of racing for glory rather than prioritizing safety, several flaws were pointed out by Apollo 1's crew and technicians before a fire engulfed the mission's crew cabin, killing the three astronauts on board.

Despite the fact that the accident happened during a simulated launch at Cape Canaveral Air Force Station in Florida, NASA officially designated the mission Apollo 1 following the accident.

A stray spark started the fire in the pure oxygen environment inside the module of Apollo 204, killing astronauts Virgil “Gus” Grissom, Edward White and Roger Chaffee of asphyxiation. Flaws in the design of the hatch door made it cumbersome and slow to open, meaning it was impossible to pull the astronauts out in time.

As seems to have been the case in an unfortunate amount of space missions, the crew and several engineers expressed their concerns about the Apollo 1 spacecraft's problems at several stages throughout preparations. Despite this, schedule pressures and the desire to be seen as a pioneering nation led to additional safety measures being scrapped in favor of a faster launch window.

Thankfully, these tragic events have led to a legacy of safer space travel. However, we can't help but feel that some of the lessons, namely slowing down production and launch schedules when safety concerns arise are wilfully set aside by some enterprises today. Here's to a future of safe and prosperous aerospace travel where the safety of those on board is the first priority.