The Japanese startup and American space aircraft manufacturer are both set to take lunar exploration to the next level.

Japanese lunar exploration robotics firm ispace announced today its plans for its first two lunar missions scheduled for 2020 and 2021. The missions, part of ispace's HAKUTO-R program, will be launched into space by none other than famed Elon Musk-led aerospace craft manufacturer SpaceX.

SpaceX will carry ispace's aircraft, Lunar Lander and Lunar Rovers, as secondary payloads on its Falcon 9 rocket. The Japanese startup is the first lunar exploration firm to purchase multiple launches and aims to schedule the journeys for mid-2020 and mid-2021.

ispace was a Google Lunar XPRIZE competition finalist and named its HAKUTO-R project as a reference to the contest. Haku means “white rabbit” in Japanese and is derived from a local folklore about a rabbit on the Moon while the R stands for the rebooting of the Google event.

Now, it seems the newly-founded company has found an ideal partner in SpaceX. “We share the vision with SpaceX of enabling humans to live in space, so we’re very glad they will join us in this first step of our journey," said in a statement Takeshi Hakamada, ispace founder and CEO. HAKUTO-R is meant to be a technology demonstration.

SpaceX's CEO Musk has been vocal about his space colonization ambitions. ispace, for now, seems to be taking the first steps towards that dream with two trips to our Moon.

Its Mission 1 will aim to achieve a simple orbit around the Moon, while Mission 2 will go even further, attempting a soft lunar landing and the deployment of data-collecting rovers. So far, the plan seems to be well-received by industry specialists.

On track for success

“When looking on schedule, price and effort, the approach that ispace is following is much more lean and efficient [than ESA or NASA]. So far, I absolutely can underline that you’re on track for success," said Martin Riehle, Orbital Propulsion Expert & Technical Authority, Ariane Group.

ispace's spacecraft designs were put through a Preliminary Design Review (PDR) that saw a panel of 26 external experts from Japan, Europe, and the US evaluate the project's technical and programmatic qualifications. A PDR Board Report concluded that the mission was “successful pending closure of key actions.” 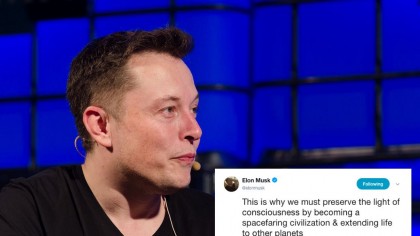 “ispace is working on space development with a solid environment, gathering a considerable level of talent," further added Yasufumi Wakabayashi, a 40-year career veteran and retired supervisor for spaceflight technology at the Japan Aerospace Exploration Agency.

For its part, SpaceX is looking forward to the mission. “We are entering a new era in space exploration and SpaceX is proud to have been selected by ispace to launch their first lunar missions," said Gwynne Shotwell, SpaceX President & COO.

"We are looking forward to delivering their innovative spacecraft to the Moon," added the executive. Just last week the firm revealed who would be its first passenger to the Moon. It seems robots are next on the space firm's cargo list.