SpaceX sent up its second Falcon 9 of this year. The next launch will be the Falcon Heavy on Feb. 6.

On Wednesday, SpaceX launched the second Falcon 9 mission of 2018 with the company expecting to dispose of the booster rather than try to salvage it as with other launches.

The launch's payload was a satellite meant to strengthen communications for the Luxembourg government in partnership with satellite company SES. As with other SES/SpaceX partnerships, SpaceX would use a previously used booster in order to do the job. (In fact, SES was the first partner to fly on a reused Falcon 9.)

The SES satellite went higher into orbit than other launches, so the Falcon 9 had less fuel reserved after releasing the payload to make one of its popular landings on a water-based pad on an autonomous drone ship.

However, even after the company had resigned itself to losing a booster, a surprise twist happened. According to SpaceX CEO Elon Musk, the booster survived its fall and exposure to the Atlantic Ocean. It landed well enough, in fact, for the company to attempt to salvage the piece and drag it back to shore.

This rocket was meant to test very high retrothrust landing in water so it didn’t hurt the droneship, but amazingly it has survived. We will try to tow it back to shore. pic.twitter.com/hipmgdnq16

This particular launch also marked the first time SpaceX went to a launch pad since the popular (and still mysterious) Zuma mission. The launch for an unspecified government agency may or may not have failed as rumors circulated shortly after the launch that the satellite failed upon reaching orbit and fell back to earth. And, because SpaceX could not show the entire launch during its live stream, no one will ever really know for sure. However, many have pointed out that SpaceX nor Northrop Grumman (who made the Zuma satellite) bothered saying on social media that the flight was successful -- something SpaceX does after every successful launch.

Originally scheduled for Tuesday, the SES launch was delayed after SpaceX engineers determined they needed to swap out a booster sensor. The launch successfully occurred shortly after 4 p.m. EST. If anyone happened to miss the launch today or wants to relive the event, they can watch the livestream courtesy of the SpaceX YouTube channel below:

What's next on the horizon for SpaceX?

The Falcon Heavy rocket is still scheduled for launch from the iconic 39A pad at Kennedy Space Center on February 6. 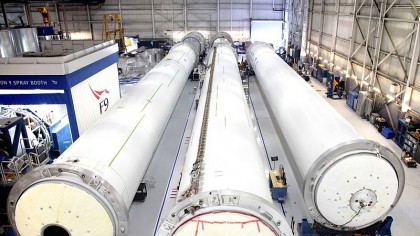 The Falcon Heavy would be the largest rocket used by the company to date. SpaceX has already successfully fired the 27 first-stage engines. According to Musk, there will be easy viewing in the public causeway near the area. The Falcon Heavy could lift off during a 3 hour window that opens up at 1:30 EST on Feb 6. However, in the event that the launch does have to be scrubbed like this most recent Falcon 9 launch, the backup date would be the following day at an unspecified time, according to Space.com.