Transpiration cooling isn't a new idea, but Elon Musk and SpaceX are gambling big on the technology.

Last month, Elon Musk tweeted out a test on his regenerative heat shield design that he hopes will save Starship from burning up on reentry into Earth’s atmosphere, doing away with the disposable ceramics that shuttles and capsules have used up until this point to absorb the intense heat. But what is a regenerative cooling system anyway?

We’ve Had Regenerative Heat Shields For a While Now

If you’ve ever run down the street, laid on a beach, or sweltered inside a stuffy apartment without air conditioning, then you have used more or less the same system that Elon Musk is proposing for Starship. Essentially, Starship sweats in order to keep cool.

In Musk’s system, microscopic holes cover the windward side of the craft; the side that faces the atmosphere when returning from space. That side of the craft features a double walled “sandwich” that has a liquid filling the gap, either water or liquid methane.

As the windward side of the craft heats up, the liquid is drawn out through the microscopic pores, cooling off the surrounding metal. As it evaporates from the heat, it draws out more liquid behind it, which continues to keep the stainless steel side of the ship cool.

What makes this important is that while the water or liquid methane might burn away, the rest of the metal does not, meaning that all one would have to do in theory is refill the heatshield’s reservoir and it’d be good to go, as opposed to replacing all the lost insulating material that traditional heat shields use. 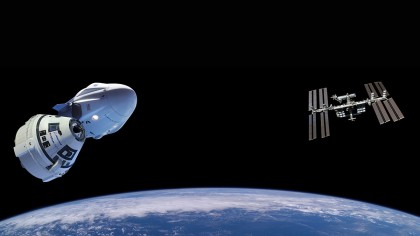 As Business Insider points out, there are significant hurdles to making such a system work. Clogged pores on a transpiration heat shield could be catastrophic.

According to Walt Engelund, director of the Space Technology and Exploration Directorate at NASA Langley, experimental models with transpirational cooling are especially vulnerable to a clogged pore.

“I've seen instances where you'll get one clogged channel … and it will immediately result in burn-throughs," he said. "A model will disappear in a hypersonic wind tunnel. It almost vaporizes, there's so much energy and so much heat."

Yes. Also, despite high outside heat, rapid water vaporization can counter-intuitively cause it to snap freeze & block cooling channels.

This is problematic for the two proposed coolants so far, water and liquid methane. As Elon Musk acknowledged, water vapor is susceptible to flash freezing, which could clog coolant channels.

With methane, as with other hydrocarbon compounds, high temperatures can cause the carbon atoms to start sticking together in a process known as “coking”, which turns the entire thing solid and would easily block enough channels to cause a catastrophic failure of the heat shield.

Engelund isn’t too dissuaded though. He proposed a boldly American solution for SpaceX to implement on Starship's heat shield: add a lot more holes than you would ever need, “just in case.”