SpaceX had another successful launch, and this one was certainly unlike any other. The company's ninth launch this year carried the Inmarsat-5 Flight 4 Satellite. The payload's weight comes in at a whopping 13,500 lbs.
However, this success comes at a relatively 'small' sacrifice to SpaceX. The company did not retrieve nor did it attempt to land this Falcon 9. The payload's weight comes in at a whopping 13,500 lbs. Thus, every ounce of fuel had to work toward getting the bus-sized payload safely to its destination. No fuel remained to navigate the rocket back to a SpaceX landing dock. The 230-foot tall Falcon 9 needed 1.7 million pounds of liftoff thrust to get the I5F4 satellite to its destination more than 22,000 miles above Earth's surface. 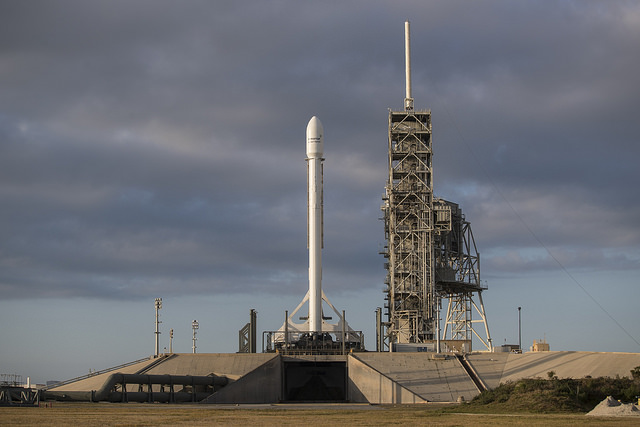 John Insprucker, the principle integration engineer for SpaceX, talked viewers through the livestream event He pointed out the lack of landing legs or griffin on the rocket. He also noted the rotating service structure on pad 39A -- a holdover from the era of the space shuttle. SpaceX received permission to tear down the structure in order to make room for its equipment. 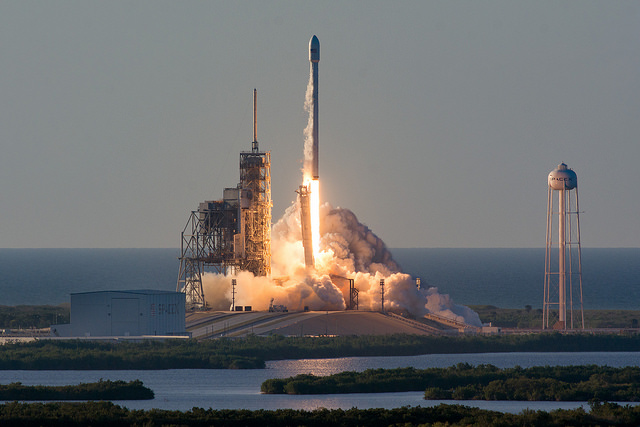 This wasn't just high-stakes for SpaceX. Inmarsat looked forward to the launch as well. This marks the fourth time the London-based company sent a rocket into orbit. However, it's the first time the company partnered with SpaceX. 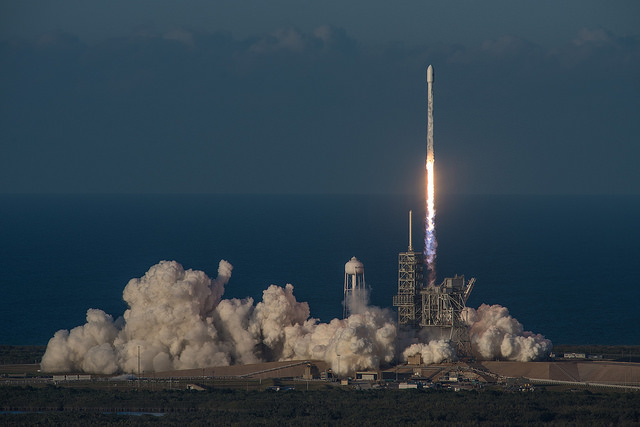 "I’m sure we’re going to have a really, really exciting show (Monday)," said Inmarsat CEO Rupert Pearce. "Everyone at Inmarsat, SpaceX and Boeing is really, really pumped about this launch. It’s a very significant one for us at Inmarsat, because we call it the end of the beginning of the Global Xpress era."

We’re on the ground at LC-39A! Here’s to a great launch @SpaceX & @BoeingDefense! WATCH the action here: https://t.co/lnukmgrmF8 pic.twitter.com/bCNzxZT4Bx

And judging by the constant and exciting updates from the company's Twitter feed, Inmarsat certainly reached its milestone.

Satellite deployment! #I5F4 has been released & is flying high on its way to geostationary orbit! Safe journey ? ? ? pic.twitter.com/bEpVx3iVf5

The I5F4 will stay in geostationary orbit, and it's the fourth satellite in Inmarsat's project to make high-speed mobile broadband. The technology relies on the Ka-band spectrum and ultimately will cover the globe with its Global Xpress service.

Pearce told BBC News that this new satellite would serve as a spare should one of the previously launched ones experience a failure. He said it also taps into new financial opportunities for both satellites and reusable rockets. 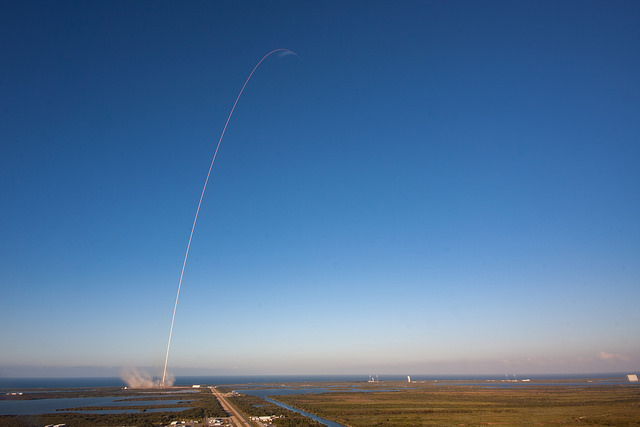 "You could say it's something of a 'Swiss Army Knife' for us, and that's a nice position to be in," he said. "I expect we'll become clear on the early business applications of the satellite around the end of the summer."

In total, all three stages of separation took just 32 minutes after liftoff. There were relieved cries of joy from the SpaceX team shortly after each successful separation.

"We've had good orbits, good separation, what more can you ask for," Inspruker said after the final separation.

This could mean an additional partnership between Inmarsat and SpaceX -- provided they don't botch another rocket launch or landing. Pearce told BBC News he was intrigued by the reduced costs promised with reusable rockets:

"At the moment, we don't put up satellites in sufficient numbers to be relatively sanguine about losing one. But I'm very encouraged by what I've seen in recent months, and once we feel that refurbished rockets are essentially the same as new rockets - we'll jump onboard and extend our relationship with SpaceX."