Elon Musk and SpaceX have been making history recently, and their Falcon 9 rocket has successfully landed on a drone ship for the 3rd time. After delivering a satellite into orbit, the rocket booster carefully guided itself back to earth, where it coordinated a landing on the SpaceX drone ship, according to the Verge. The landing wasn't completely without error as the landing speed was close to the maximum that the booster could handle, and it had to use up some of its crush core to decelerate.

Falcon 9 second stage and THAICOM 8 spacecraft in nominal orbit and coast. First stage has landed on the droneship pic.twitter.com/NH52PHhpyE

A crush core is essentially like a high-tech crumple zone built into the rocket for situations exactly like this landing. It wasn't a big problem that the rocket had to use some if it, but it does mean that the center of gravity was shifted off center of the struts, which increased the risk of the rocket tipping while making the journey back to shore.

This marks the third successful landing of the rocket on a drone ship in 2 months, after spending almost the entirety of 2015 with failed attempts. As reported on by Interesting Engineering, the company will be launching their Falcon 9 rocket in July to dock with the ISS. The rocket will be landing itself, but this time on solid ground instead of a drone ship. The problems with this landing were tweeted by Musk himself, with a followup explaining exactly what he meant.

Crush core is aluminum honeycomb for energy absorption in the telescoping actuator. Easy to replace (if Falcon makes it back to port).

The main reason behind why this landing was a little rougher than previous attempts was because the mission took the rocket to higher altitudes. In turn, more fuel was burned up during launch, and the rocket didn't have as much to work with in decelerating itself for landing. All of these rockets landing on ships is an attempt to decrease the cost of spaceflight, and SpaceX is the first to successfully do it. 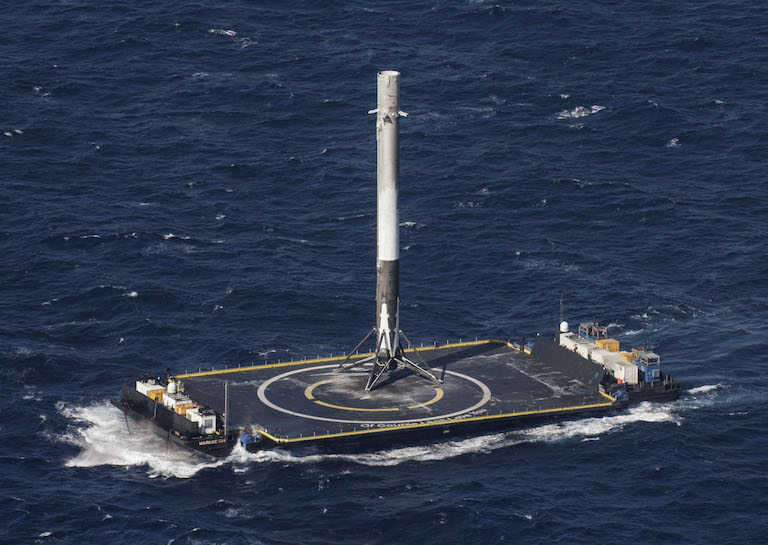