SpaceX will launch U.S. Air Force’s X-37B spaceplane despite the unruly weather caused by Hurricane Irma. This is will be the fifth mission for the mysterious aircraft which many believe is testing out classified spy satellite technology.

SpaceX is set to launch the U.S. Air Force’s X-37B spaceplane today, this will be its fifth classified mission. Watch it live below.

Despite the unruly weather caused by Hurricane Irma, the spaceplane will become airborne thanks to a SpaceX Falcon 9 rocket launching from Kennedy Space Center in Florida between 9:50 a.m. EDT and 2.55 p.m. EDT (1350-1855 GMT)

Thankfully SpaceX is broadcasting this launch live via their website and Space.com.

Also called the Orbital Test Vehicle, X-37B military spaceplane is one of two reusable vehicles in the military fleet. It’s 29 feet (8.8 meters) long, with a wingspan of 15 feet (4.6 m).

“The fifth OTV mission continues to advance the X-37B's performance and flexibility as a space technology demonstrator and host platform for experimental payloads," Air Force officials said in a statement. "This mission carries small satellite ride shares and will demonstrate greater opportunities for rapid space access and on-orbit testing of emerging space technologies." 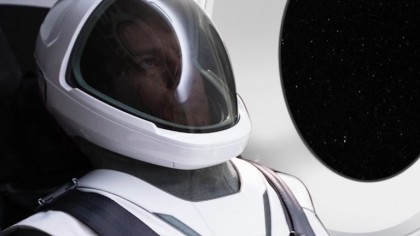 The last mission for this mini-shuttle returned to earth after 718 days in space on May 7th of this year. According to Space.com, “each of the four OTV missions, starting in 2010, has stayed in space longer than the previous one.”

The mystery of the spaceplane

Many are curious as to what exactly the spaceplane is doing up there for so long, as its purpose is clouded in mystery. Most of the plane’s onboard gear is classified, though some speculate that it could be testing equipment for future spy satellites.

The X-37B can also be seen from earth, astronomers have been able to track its whereabouts, though it usually looks like a star moving through the sky.

The current model might be the first of many, Boeing announced in 2011 that they were contemplating developing a larger model called the X-37C, which would have the ability to carry up to six astronauts to and from ISS.

Update September 7th, 10:51 AM ET: It was a sunny day at Cape Canaveral today as the X-37B Spaceplane ascended into the heavens accompanied by a SpaceX Falcon 9 rocket. This is the sixteenth successful landing of a Falcon 9 post-launch and the seventh successful landing on solid ground. Of course, due to the secretive nature of the OTV-5 mission, the launch video does not feature the deployment of the X-37B.