SpaceX Launches Satellite for Secret Mission and Sticks the Landing

A SpaceX Falcon rocket just completed its 34th mission, but this one is unlike the others. The rocket boosted a U.S. classified spy satellite for the Department of Defense. The launch marks the end of a long-standing trial of SpaceX founder Elon Musk getting the DoD as a client. It also broke United Launch Alliance's decade-long place as the U.S. government's aviation go-to. 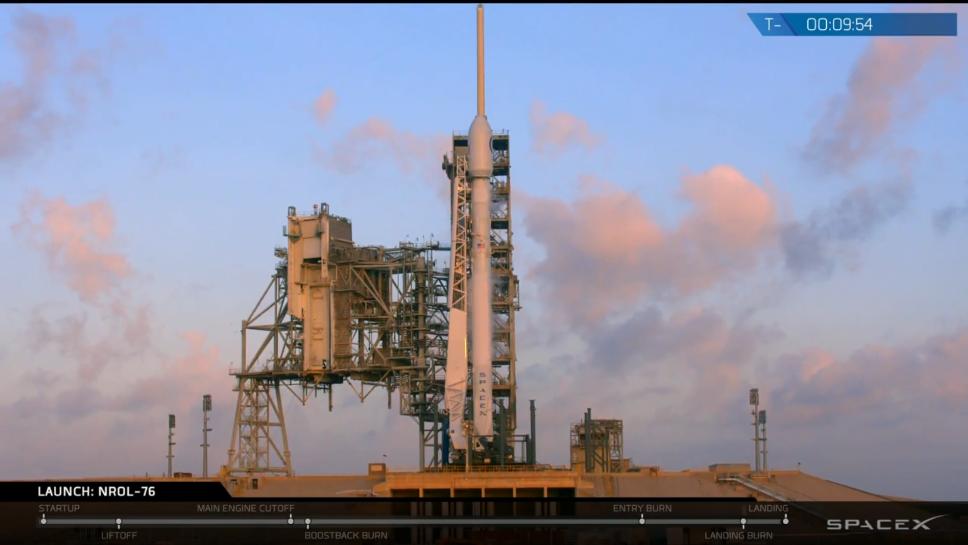 The Falcon 9 left NASA's Kennedy Space Center at 7:15 a.m. Those watching the SpaceX broadcast of the event will have noticed the video was cut short. This is standard practice with most NRO missions and is done to preserve the mission's secrecy. However, the broadcast resumed for the rocket's touchdown at Landing Zone 1 -- Cape Canaveral Air Force Station.

Close-up of rocket stage separation, fast flip, boostback burn in a ring of fire and then landing burn

"And we have touchdown! The first stage has landed back at Landing Zone 1," SpaceX lead mechanical design engineer John Federspiel said during the launch. "Another good day for us at SpaceX. That is a beautiful sight to see." 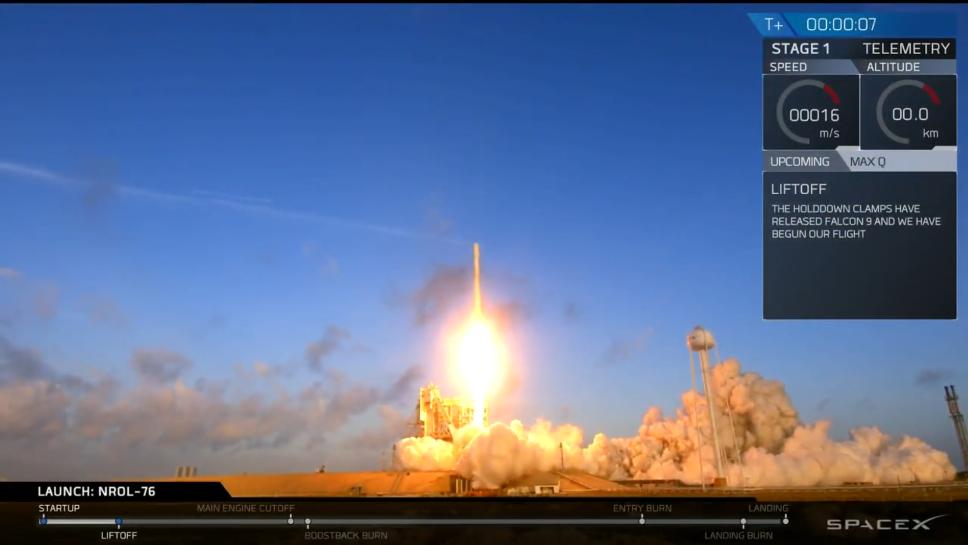 The launch was postponed by one day due to a first stage engine issue. Musk also noted that the mission was almost nixed after high winds.

"Launch and landing of the NRO spy satellite was good," he tweeted. "Tough call, as high altitude wind shear was at 98.6 percent of the theoretical load limit." 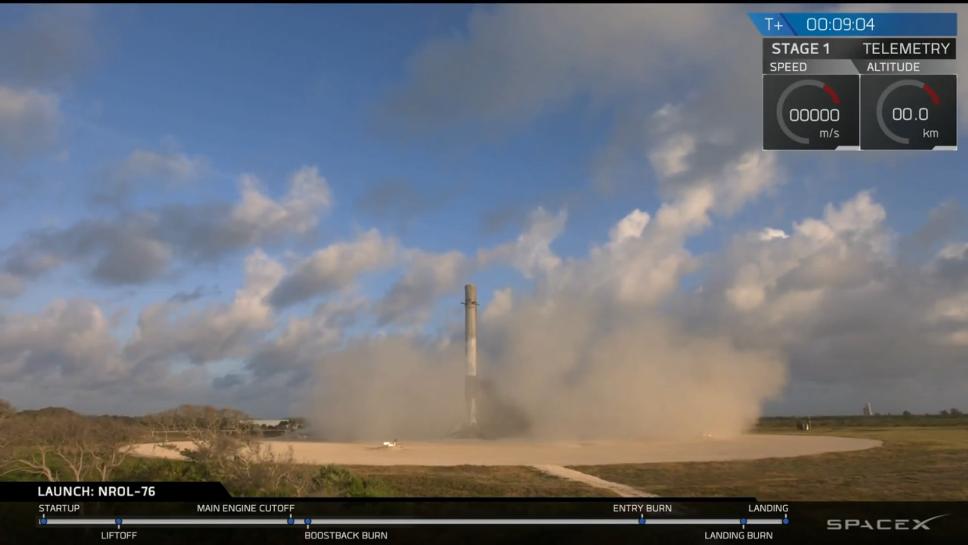 The landing was easily one of SpaceX's cleanest to date. Musk put this video on his Instagram account:

SpaceX's new contracts don't stop with this launch. The company managed to snag two Air Force contracts for new GPS satellites within the next two years.

General John Raymond serves as head of the U.S. Space Command. He told reporters at last month's Space Symposium that he supported the Air Force's use of reusable and previously flown rockets.

"I would be comfortable if we were to fly on a reused booster," Raymond said. "They've proven they can do it."

SpaceX's mission to reduce rocket costs with reusable rockets remains one of the most pressing goals for aviation companies. The company isn't alone in its mission. Jeff Bezos's Blue Origin rockets beat SpaceX to the punch in successfully launching and landing a reusable rocket in November 2015.

Relive today's SpaceX launch in the video below:

All images courtesy of SpaceX