After what felt like forever waiting on Elon Musk's promised SpaceX announcement today, it finally dropped via Twitter.

SpaceX will fly two civilians on a mission around the moon in late 2018. According to the press release, these two unnamed citizens have already paid a considerable amount to travel with SpaceX's Dragon spacecraft. 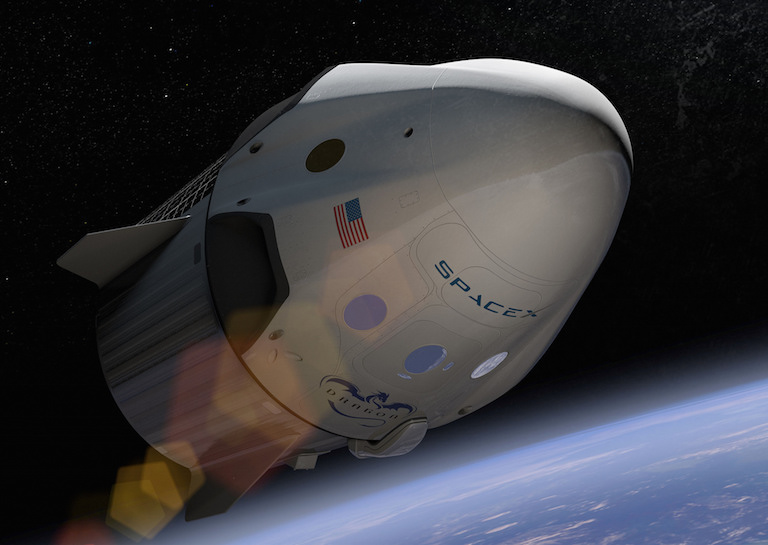 The Dragon has already had significant success coupled with NASA and the International Space Station:

"Later this year, as part of NASA’s Commercial Crew Program, we will launch our Crew Dragon (Dragon Version 2) spacecraft to the International Space Station. This first demonstration mission will be in automatic mode, without people on board. A subsequent mission with crew is expected to fly in the second quarter of 2018."

The company noted it's contracted to perform four missions to the ISS each year. Only one of those missions will include crew. SpaceX said it hoped privately funded missions would help other private flight companies in the long run:

"By also flying privately crewed missions, which NASA has encouraged, long-term costs to the government decline and more flight reliability history is gained, benefiting both government and private missions."

So it's not the Mars announcement most people predicted. However, the press release definitely leaves room for a lot of possibilities.

"Other flight teams have also expressed strong interest and we expect more to follow," it said.

You can watch Elon Musk's most recent speech on the future of space exploration in the video below: