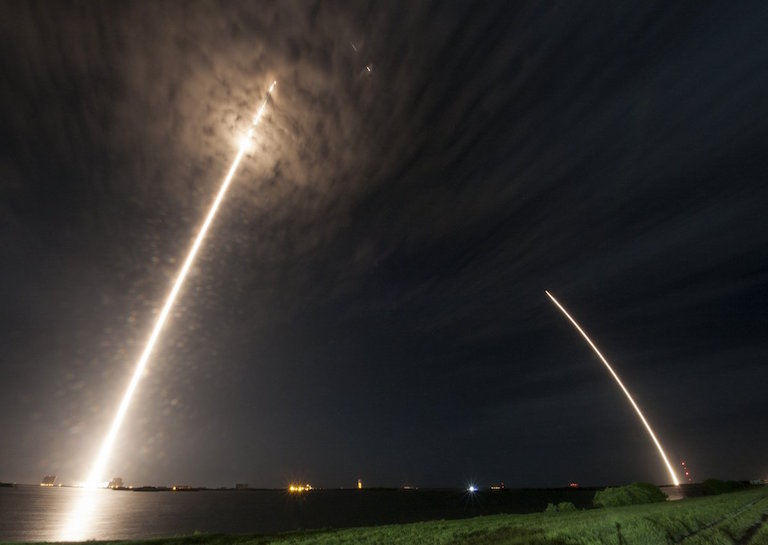 Following a previous failed attempt of landing their Falcon 9 rocket booster, SpaceX has redeemed themselves by making a successful delivery to the space station and landing their reusable booster. On this go around, the Falcon 9 didn't make a landing on a drone ship, rather it touched down at the launch station in Florida, where it took off hours earlier, according to Ars Technica.

Of the cargo that was set on a course to the International Space Station in SpaceX's dragon spacecraft, an international docking adaptor (IDA) was by far the most important. This component will hook up to the ISS to allow virtually any craft to successfully dock and supply cargo to the station. The Falcon 9 booster successfully set the dragon spacecraft on a path to the ISS, where it will dock with the station in about 2 days.

An IDA was previously attempted to be sent to the ISS, but was destroyed in one of the companies failed launches. Following the successful launch and recovery, Musk tweeted the above image detailing a time-lapse compilation of both the launch and touchdown of the Falcon 9. This was made possible due to the landing and recovery zones being so close together, according to Gizmodo. If you are interested in watching the launch and recovery webcast from SpaceX, you can check it out below.