The first out of the two historic missions by SpaceX's Falcon 9 rocket was successfully launched at the Cape Canaveral launch complex in Florida. You can watch the replay of the launch and landing here. SpaceX will be attempting the unprecedented this weekend by launching the Falcon 9 rocket again for a second mission, just 48 hours after the Bulgariasat-1 mission.

If you are just here to see the landing, you can start watching the webcast from minute 24:47.

The first Bulgarian satellite was successfully deployed to space by the renowned SpaceX Falcon 9 rocket. The Bulgariasat-1 satellite was built by Space Systems Loral (SSL), a leading provider of innovative satellites and space systems.

Bulgariasat-1 arrived at the Cape Canaveral Air Force Station on May 12, 2017, where it was launched on June 23, 2017. It was lodged 22,300 miles in space at the Bulgarian orbital position. The Falcon 9 first stage booster made a rough landing on the "Of Course I Still Love You" drone ship located in the Atlantic.

"SSL has a history of working closely with new satellite operators to help them move their businesses forward", said the president of SSL, John Celli. "We look forward to BulgariaSat-1 making history as the second satellite ever to launch on a Falcon 9 that has flown a previous mission. Launch vehicle reuse is an important enabler for the satellite industry". 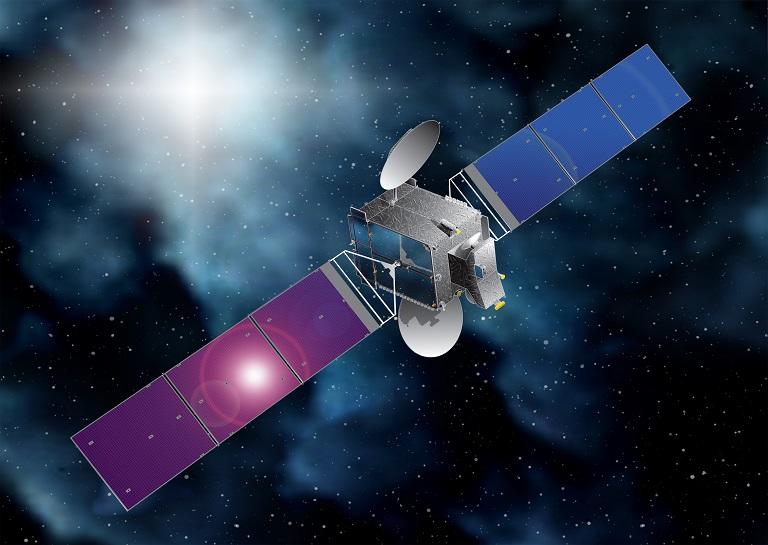 Maxim Zayakov, CEO of Bulgaria Sat expressed the importance of the Bulgariasat-1 as a crucial tool in the country's telecommunications service. "BulgariaSat-1 is an essential part of Bulsatcom’s strategy to expand high-quality TV and communications offerings to meet customer demand".

On an interview with SpaceFlight Now, Zayakov explained SpaceX's role in the Bulgarian historical milestone. "People don’t realize that, for small countries and small companies like us, without SpaceX, there was no way we would ever be able to even think about space. With them, it was possible. We got a project. I think, in the future, it’s going to be even more affordable because of reusability".

Bulgariasat-1 was designed based on the powerful SSL 1300 platform, which is expected to service Bulgaria and most of the Eastern European region for 15 years. 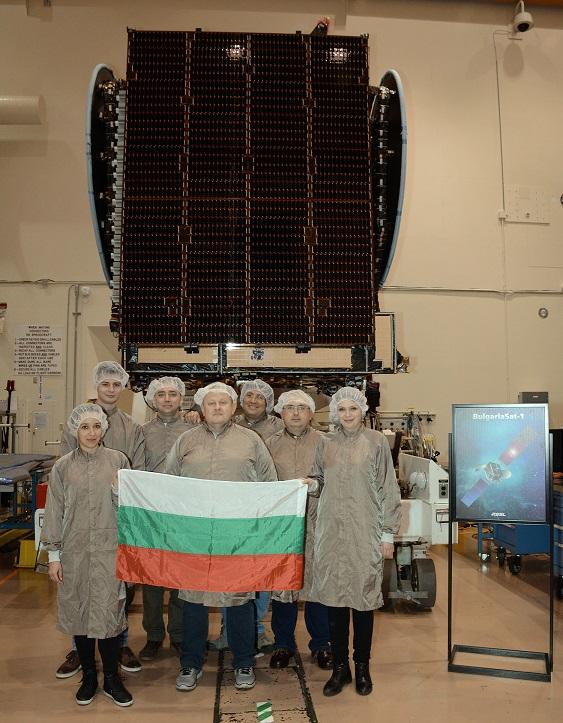 SpaceX and Bulgaria will boost up space history

Bulgariasat-1 used SpaceX's second previously-launched Falcon 9 first stage booster. The rocket made its first flight earlier this year in January from the Vandenberg Air Force Base in California. It then made its historic second flight nearly 3 months later on the 30th of March, 2017 for the SES-10 mission.

After being placed on its geostationary orbital position, the Bulgariasat-1 managed to cement the country's place in space history. Furthermore, it was also a part of a much bigger event in aerospace history. The Bulgariasat-1 is the first, out of the two SpaceX satellite missions, that was launched by the reusable Falcon 9 rocket. And with only a window of 48 hours, SpaceX will attempt to launch the Falcon 9 rocket again, on Sunday, June 25th, carrying the Iridium NEXT payload. This is just as historic as the first milestone made by SpaceX earlier this year.

A fortunate crash for Falcon 9

As the Bulgariasat-1 had to be positioned at a particularly high orbit, the rocket had to fly higher than its previous flights. This means that the booster had to withstand severe heat during its entry back to Earth. The first stage booster made a rough landing on the drone ship but the important thing is it survived. It's one of the most challenging landings of the Falcon 9 to date. And the fact that it was recovered quite well speaks volume for the quality and future of the SpaceX rocket. 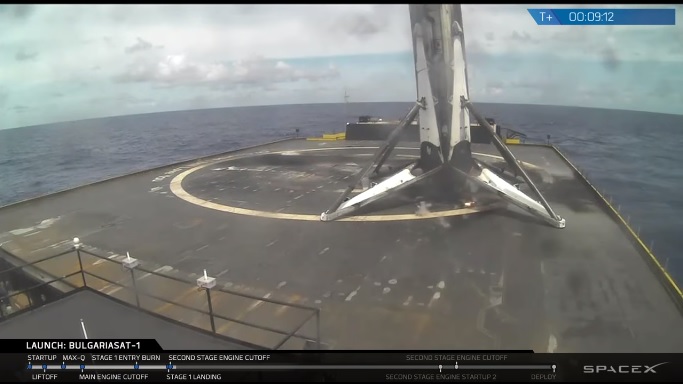 Landing on the "Of Course I Still Love You" drone ship marks the first time a Falcon 9 first stage booster has landed on both SpaceX's Pacific and Atlantic ocean platforms. It previously landed on the "Just Read The Instructions" drone ship located in the Pacific Ocean.

Rocket is extra toasty and hit the deck hard (used almost all of the emergency crush core), but otherwise good

When asked how easy it would be to replace the crush core Musk was talking about on his tweet, this is what he had to say.

It's an aluminum honeycomb cartridge, so only a couple of hours to replace

This is ideal for the refurbishment the SpaceX team have to perform for its next immediate mission - the Iridium NEXT satellites. With only 48 hours to spare, it must be mayhem at the SpaceX headquarters and rocket lab. This mission has a much bigger payload compared to the Bulgariasat-1 mission as there will be a total of 10 satellites to be deployed to space. Let's see how Falcon 9's quick refurbishment will affect the mission launch and if it will make a landing attempt. 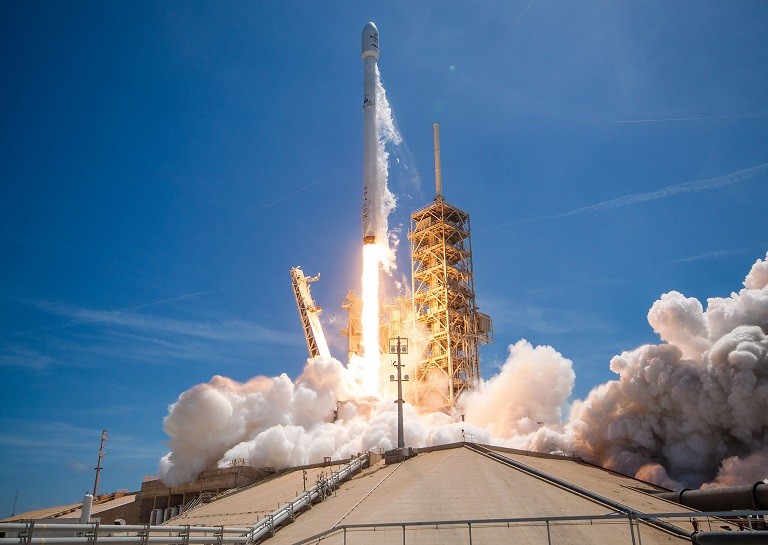 We will keep you updated with the launch of the Iridium NEXT satellites this weekend and provide you with the live webcast to witness the momentous space event.