After the perfect execution of its autonomous systems, SpaceX's Dragon Crew Capsule successfully docked with the ISS this morning.

SpaceX’s Dragon Crew Capsule successfully docked with the International Space Station this morning, completing the second stage of its unmanned test flight in preparation to begin ferrying US astronauts into space later this year.

After its successful launch yesterday, SpaceX’s Dragon Crew Capsule (DCC) completed the second stage of its unmanned test flight, dubbed Demo-1 by SpaceX and NASA, after successfully docking with the International Space Station (ISS) at 6:02 AM EST.

The operation came after the DCC spent its first day in orbit testing several systems before making its final approach to the ISS for docking. Among the systems successfully tested were its GPS communications systems—both with ground control and the ISS—, its maneuvering thrusters, and it’s retreat-and-hold functionality which allows the ISS astronauts to command the DCC's navigation systems from inside the ISS.

The maneuvers were a challenging operation, as both the DCC and the ISS are currently orbiting the Earth at around 17,500 mph, and this was the first time that the DCC's autonomous navigation systems were put to a real test in the vacuum of space. The DCC, unlike the Space Shuttle, largely pilots itself autonomously throughout the flight, though crewmembers can intervene and pilot the capsule if necessary.

Bob Behnken, speaking after the docking was completed, described on NASA's live stream the difference between the DCC and the earlier Space Shuttle.

"I came to the [ISS] before, two times, with the Space Shuttle. [There was] a lot of manual flying associated with that", he said. "It took basically four people to monitor the systems at the same time you were accomplishing the flying task." 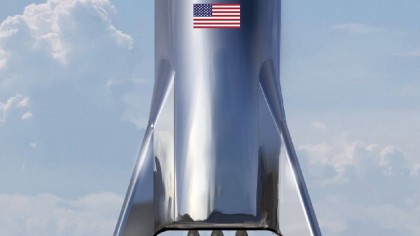 "Dragon's a lot different than that. Doug [Hurley] and I will do it for the first time together primarily in a monitoring role. We may push a button or two to demonstrate that we have the capability to intervene if we need to, but the vehicle's pretty much going to do the work autonomously, just like it did today."

The DCC will remain docked with the ISS for 5 days before releasing and proceeding to the third stage of the test flight, where it will return to Earth and splashdown in the ocean.

Demo-1 is designed to completely simulate a crewed flight from liftoff to splashdown to ensure that the DCC can bring US astronauts to space and return them safely.

One Step Closer to Manned Spaceflight From US Soil

The success of the second stage of Demo-1 brings us one step closer to seeing manned spaceflight return to US soil for the first time since the retirement of the Space Shuttle in 2011 as well as the first time a private, commercially owned and operated vehicle has docked with the ISS.

"It was just super exciting to see [the DCC docking]," Behnken said, "one more milestone that gets us ready for our flight coming up."

If Demo-1 is successful, there will be one more test, of the Dragon Crew Capsule’s in-flight abort systems, before Behnken and Hurley take it up to the ISS aboard the as part of Demo-2 in July.