A successful return to Earth will prove SpaceX is ready to take humans to space.

SpaceX’s Dragon Crew has successfully returned to earth. Its splashdown off the coast of Florida was the final test for SpaceX to prove it can safely deliver humans to space for NASA. The recently built spacecraft docked to the International Space Station (ISS) last week, its first test mission went according to plan.

Dragon extracted itself from the ISS this morning and left Earth's orbit and re-entered our atmosphere a short time ago. Impact with the ocean occurred at about 8:45 am Eastern Time (1345 GMT). CEO of SpaceX, Elon Musk was nervous but can now breathe a sigh of relief.

"I'd say hypersonic re-entry is probably my biggest concern," Elon Musk, the founder and head of SpaceX, said last Saturday following the capsule's launch from the Kennedy Space Center.

"Will the parachutes deploy correctly? And will the system guide Dragon 2 to the right location and splashdown safely?" he asked.

Successful splashdown of the #CrewDragon right on time at 8:45 a.m. ET. pic.twitter.com/0qHhHzD4Js

SpaceX has been delivering goods to the ISS for several years now with its cargo version of the spacecraft. The Dragon crew is configured to carry seven crew members. It docked to the ISS without a hitch last Sunday.

The crew on board had no trouble opening hatches and they successfully re-closed the airlock on Thursday. SpaceX sent a very special crew member aboard its first test flight, a mannequin named Ripley.

Ripley is covered in sensors that will provide SpaceX engineer valuable data about the flight and future conditions for astronauts. Dragon Crew is making history for all sorts of reasons. It's the first commercial flight to dock with the ISS and it's the first American made crew-carrying spacecraft to be launched by the US in eight years.

Dragon also marks an important shift in spacecraft design; the wingless vessel is a return to the design made famous by the U.S in the 60s and 70s. Without wings, the capsules fall to earth assisted by parachutes, rather than at space shuttles that more closely resembled planes that ‘flew’ back to Earth.

US made spacecraft makes history 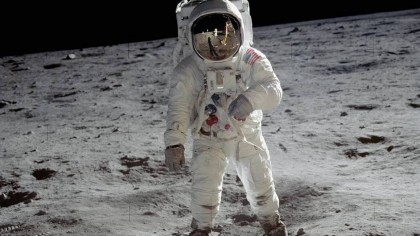 The last generation of US spacecraft, the Space shuttles, landed like airplanes, and two of the four original shuttles had catastrophic accidents that killed 14 crew members. After the retirement of the project, then U.S president Barack Obama looked to work with commercial partners to develop crew carrying technology.

While SpaceX and Boeing developed their craft, NASA has been purchasing places onboard Russian missions to the ISS. NASA crew must train with the Russian crew for a period of time before launching under the agreement. Boeing is set to test their crewed vehicle in Spring this year.

This Pogo Bike Let's You Bounce Up and Down In Style