Elon Musk and SpaceX have had their share of crashes, but recently their landing attempts of the Falcon 9 onto their drone ship have been very successful. However, following the successful launch and delivery of two satellites into orbit, their Falcon 9 rocket crashed into their drone ship in what was possibly the hardest landing to date for SpaceX. Short video of the deployment of the satellites can be seen below in a tweet from SpaceX.

Second of two satellites being deployed into proper orbit with today's launch https://t.co/XcHFBPEyfk

The launch and landing were live streamed as per typical SpaceX fashion, but right as the rocket touched down, the feed was lost, leaving questions as to what went wrong. On approach, it appeared that the Falcon 9 was upright and stable, but it is suspected that the impact velocity was too high causing the support struts to break and the rocket to go up in smoke. The drone ship, Of Course I Still Love You, is still in working order, according to Gizmodo.

Moving forward, the biggest launch for SpaceX is coming on July 16th when a resupply mission will be launched to dock with the ISS. The past 3 landings for the company were successful, according to the Verge, making up a historic landing streak for reusable rocket boosters, now at an end. Musk tweeted the following about the crash.

Landing video will be posted when we gain access to cameras on the droneship later today. Maybe hardest impact to date. Droneship still ok.

SpaceX is still waiting to release footage of the crash, partly because they don't have it yet, and also that they want their engineers to examine the footage first. The mission wasn't a total loss, as the EUTELSAT 117 West B and ABS-2A satellites were successfully delivered into geostationary orbit, according to CNN. For now, we will wait to see what happened in the landing, and look forward as SpaceX has many more historic missions to come. 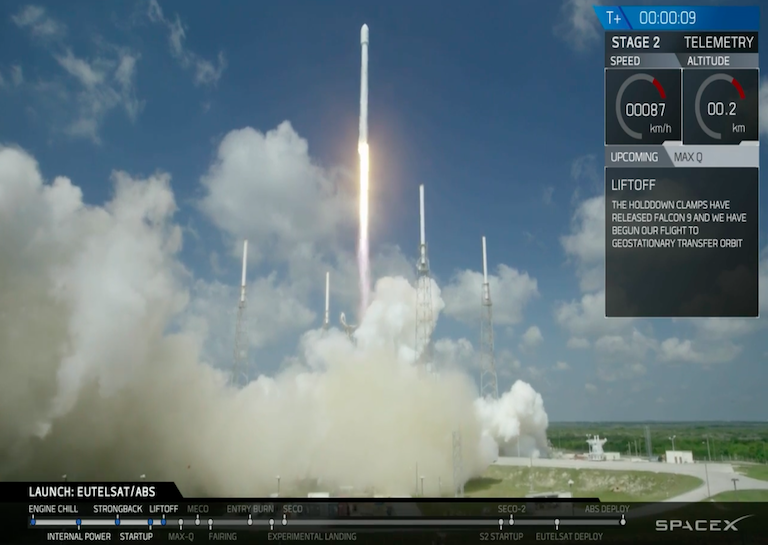 SEE ALSO: SpaceX Falcon 9 is Returning to the ISS this July