SpaceX's Falcon Heavy rocket has been awarded a $130 million contract to launch a top-secret satellite.

SpaceX has won a $130 million USD contract with U.S. Air Force to launch a classified AFSPC-52 satellite on a Falcon Heavy rocket. The Air Force contract is its first national security contract after having only completed its test flight earlier this year. 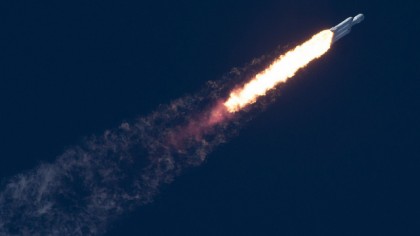 The awarding of the contract indicated that Falcon Heavy has been certified for national security clearances. SpaceX's Falcon 9 rocket is also certified but needed to demonstrate its abilities several times to the Air Force before receiving its clearance.

The Falcon Heavy satisfied authorities with its single launch in combination with SpaceX’s good track record. The Falcon Heavy is the most powerful rocket currently in operation, anywhere in the world.

It is comprised of three Falcon 9 Rocket cores and can achieve more than 5 million pounds of thrust at liftoff. Falon Heavy’s next mission will happen later this year.

Space contracts get competitive as other startups come online

In March this year, United Launch Alliance was awarded a $354.8 million contract for two launches relating to the AFSPC-8 and AFSPC-12 satellite missions. Those Atlas 5 rocket launches are also set for 2020.

Another competitor Blue Origin, the space company owned by Amazon billionaire Jeff Bezos wants in on the satellite launching business too. The space startup hopes to its New Glenn rocket get certified for national security launches as soon as it's completed.

The rocket's maiden flight is expected to be in 2020. Orbital ATK is reportedly on the hunt for national security launches as well. These competing private space companies put the U.S air force in a good position of being able to lock down satellite launches for a good price under their own strict conditions.

Each company will have to look for ways to reduce the cost of launches to make sure they stay profitable. As big space exploration startups begin to have their rockets ready for missions, industry commentators are curious to see how the companies will differentiate themselves.

While Musk has made it clear he wants an all-out 'space race'. Other rockets builders seem happy to just slowly develop their technologies.

Via: Los Angeles Air Force Base