The Falcon 9 rocket lifted off from Cape Canaveral today and successfully launched its payload into orbit, despite a fiery entrance for the first stage booster.

Another SpaceX launch has ended, as the aerospace company’s two-stage Falcon 9 rocket carted the Koreasat 5A communications satellite for a South Korea-based company. This was SpaceX's sixteenth successful launch this year.

SpaceX sent out a Tweet this past Thursday stating that they’d already conducted a static-fire test on the rocket, a standard procedure before a launch.

Static fire test of Falcon 9 complete—targeting October 30 launch of Koreasat-5A from Pad 39A in Florida.

The Falcon 9 rocket successfully deployed Koreasat-5A to geostationary transfer orbit and the first stage booster also made a somewhat firey landing onto the droneship "Of Course I Still Love You." 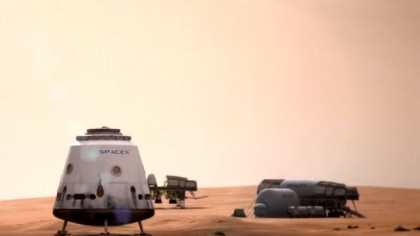 "We had a successful landing of our first stage, albeit a little toasty but its certainly intact and ready for another flight," said Space X lead mechanical design engineer, John Federspiel in the webcast.

So far, SpaceX has had a successful year of liftoffs and are set to meet their quota of 19 launches this year, leading up to the planned launch of its Falcon Heavy rocket next month. Despite mutterings that the flight might be delayed due to launchpad issues.

Musk previously mentioned that he’s not entirely confident about the November launch, stating that he doesn’t expect the rocket to make it to orbit.

There's a lot that could go wrong there. I encourage people to come down to the Cape [Canaveral] to see the first Falcon Heavy mission; it's guaranteed to be exciting," Musk said in July at the 2017 International Space Station Research and Development conference in Washington, D.C.

"There's a lot of risk associated with the Falcon Heavy … a real good chance that [the] vehicle does not make it to orbit," he added. "I want to make sure to set expectations accordingly," he said, as reported by Space.com.

Also, the company plans to relaunch a used Dragon cargo capsule on its next resupply run to the International Space Station for NASA, which is slated for December.