Spanish architect, Ricardo Bofill, stumbled upon a WWI-era cement factory in 1973. He decided to purchase the old cement factory, situated near Barcelona, and transformed it into a majestic home called La fábrica. 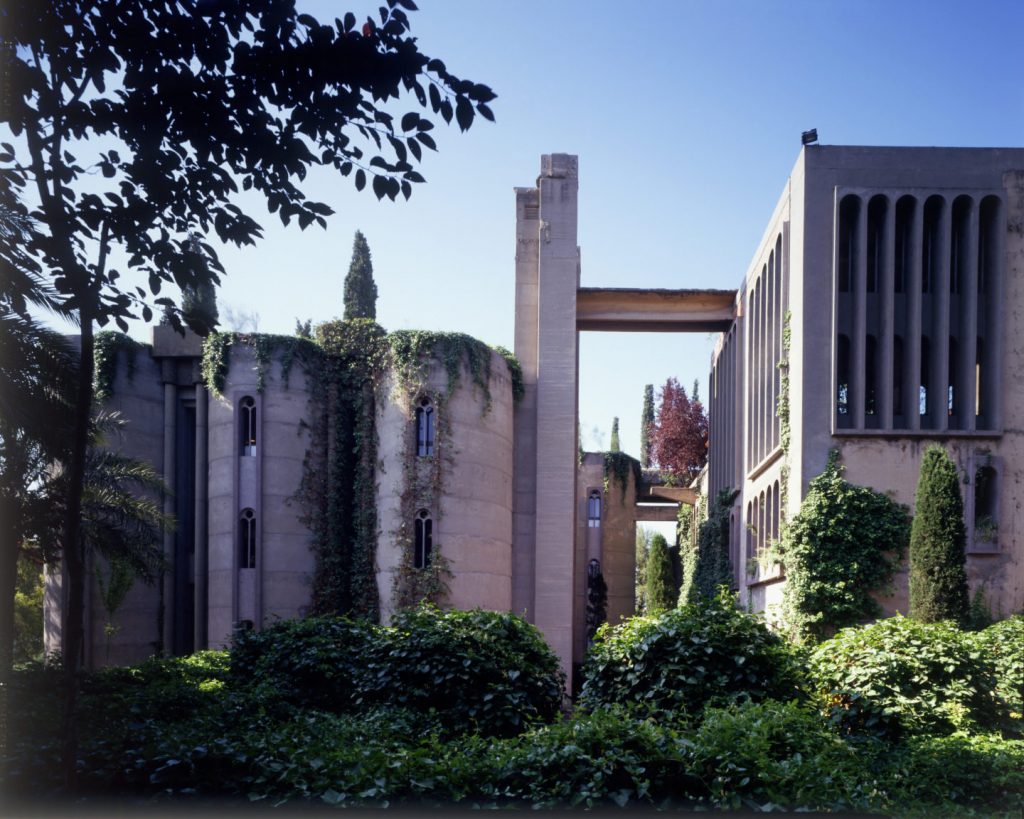 Almost 45 years ago, Bofill saw great potential for the dilapidated cement factory located in Catalonia, Spain. At his first encounter with the cement factory, Bofill found enormous silos, a tall smoke stack and a machine room which was in good condition. He also found four kilometers of underground tunnels. 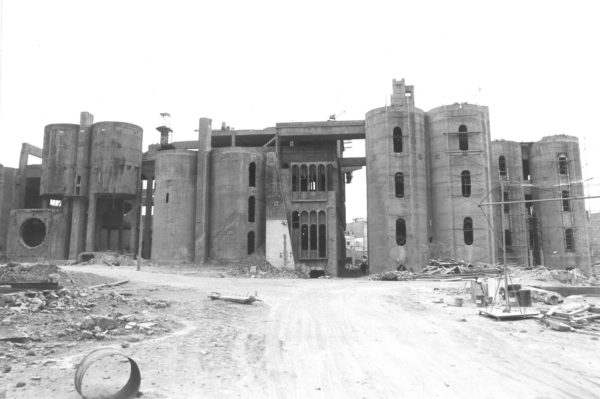 Bofill purchased cement factory and immediately began renovating it together with local Catalan craftsmen. His dream was to transform the old cement factory into a livable home and studio; combining surrealism, brutalism and modernism.

La fábrica has been a work in progress for over 40 years. The construction work began with the partial destruction of the factory. This included dynamite and jackhammers and lasted over a year and a half. Bofill and his craftsmen led the renovation process. Their aim was to "sculpt it like a work of art", making it more livable.

The construction and destruction was a precision job in which hidden forms and spaces were revealed. The process revealed the Cathedral, the silos and the gardens. 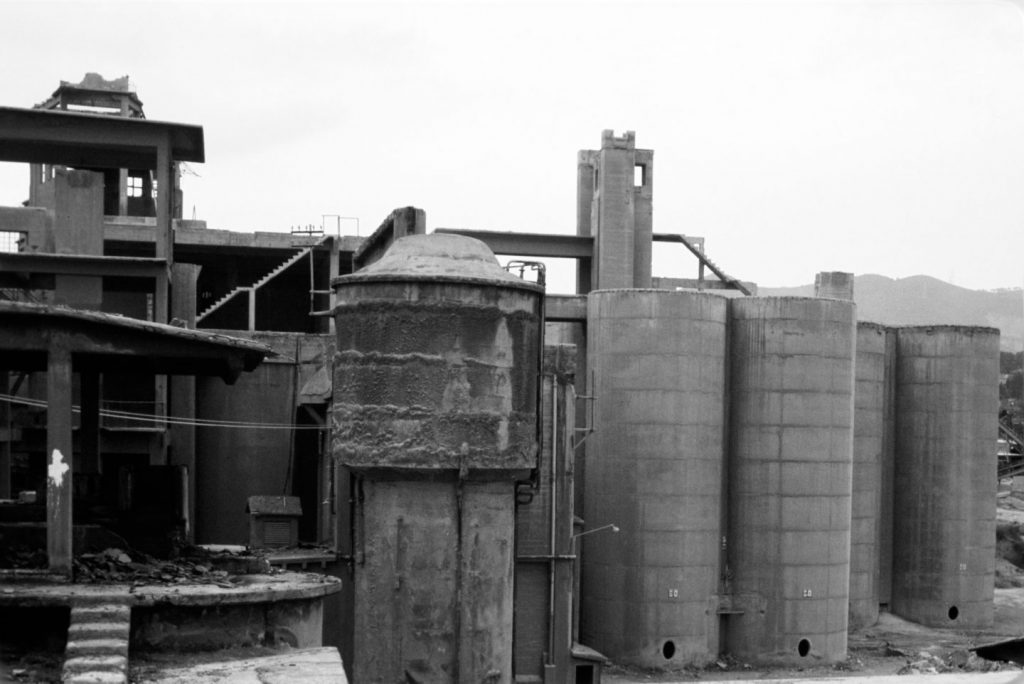 Ricardo's team completed the first stage of renovations and proceeded to furnish the interior of the old cement factory. 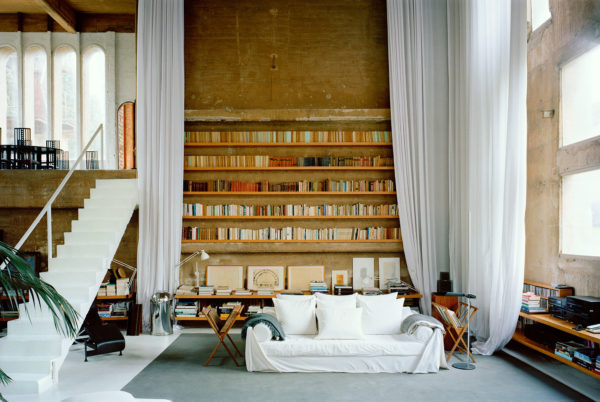 The upper part of the factory, a huge volume of brute cement, was transformed into the main living room. It resembles a perfect cube and consists of a series of arc windows. Bofill describes the room as being, “domestic, monumental, brutalist and conceptual”.

The middle floor of the factory consists of a "pink" room with a traditional Moroccan wall finish. The room provides a smaller and more private living area with a large fireplace dominating the room. The room has been furnished with a grand rectangular dining table. Designed by the studio, the table was made from a single piece of Alicante red marble. The room also consists of a black leather sofa, and chairs and stools which are re-editions of Antonio Gaudi’s designs. 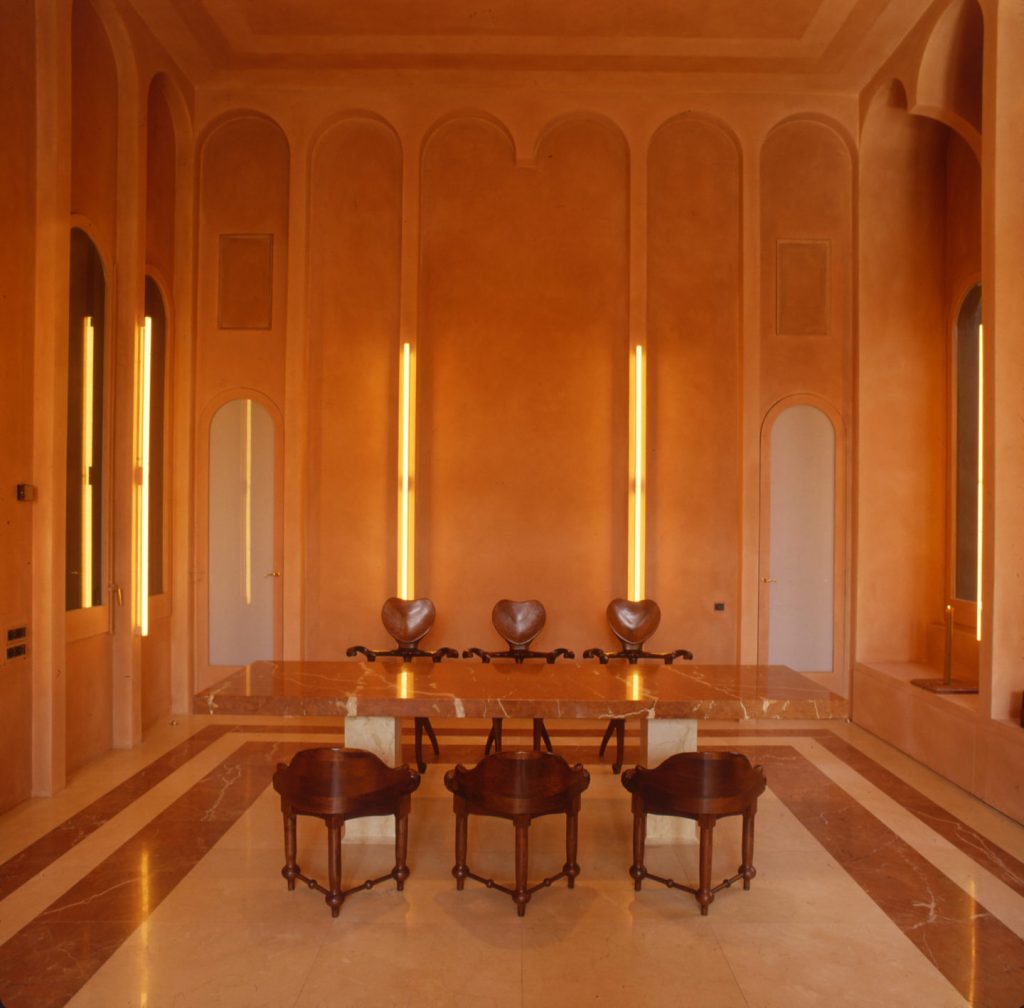 The ground floor of the factory consists of the kitchen-dining room which is described as the meeting point of the family. The room is furnished with a white marble rectangular table supported on ironwork legs. The table is surrounded by Thonet chairs, seat and backrest with wickerwork. The room also consists of two-sided fireplaces which were designed by the architect Oscar Tusquets. The fireplace adds warmth, charm, and ambiance to the room. 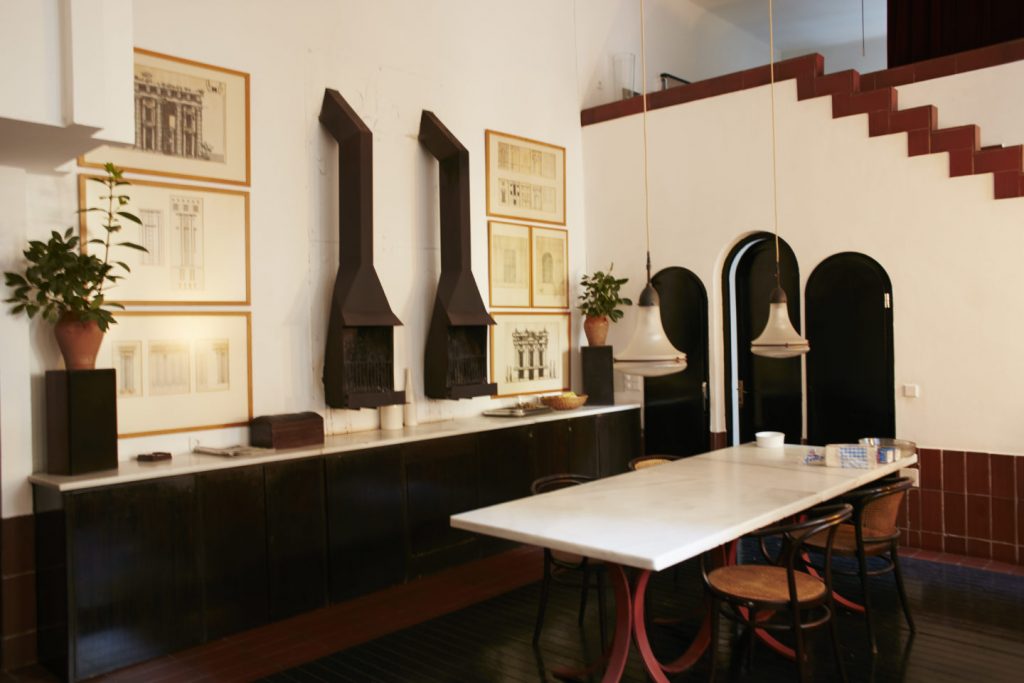 La fábrica has been transformed into a magnificent home with a modern feel but ancient charm. The rooms of La fábrica each have their own unique feel design for its unique purpose; no two rooms are quite alike.

Bofill describes the cement factory as being "a place of work par excellence. Life goes on here in a continuous sequence, with very little difference between work and leisure.”

La fábrica is not only Bofill's home but also a workspace for his architecture firm."Presently I live and work here better than anywhere else. It is for me the only place where I can concentrate and associate ideas in the most abstract manner," said Bofill. 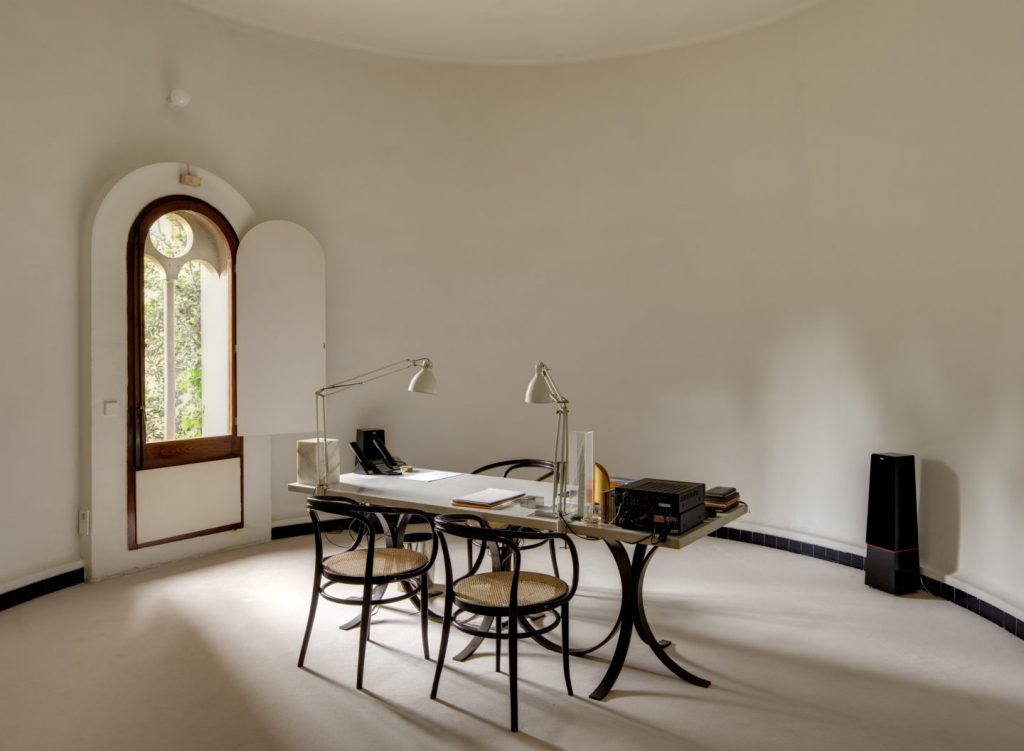 Bofill's team uses the workspace as their studio which is located in the factory silos. It is spread over four floors and connected by a spiral staircase. The underground galleries contain a model workshop and archive rooms.

The workspace in La fábrica reflects the company's culture. Furthermore, the layout encourages teamwork as well as providing an ideal environment for individual creativity and concentration. 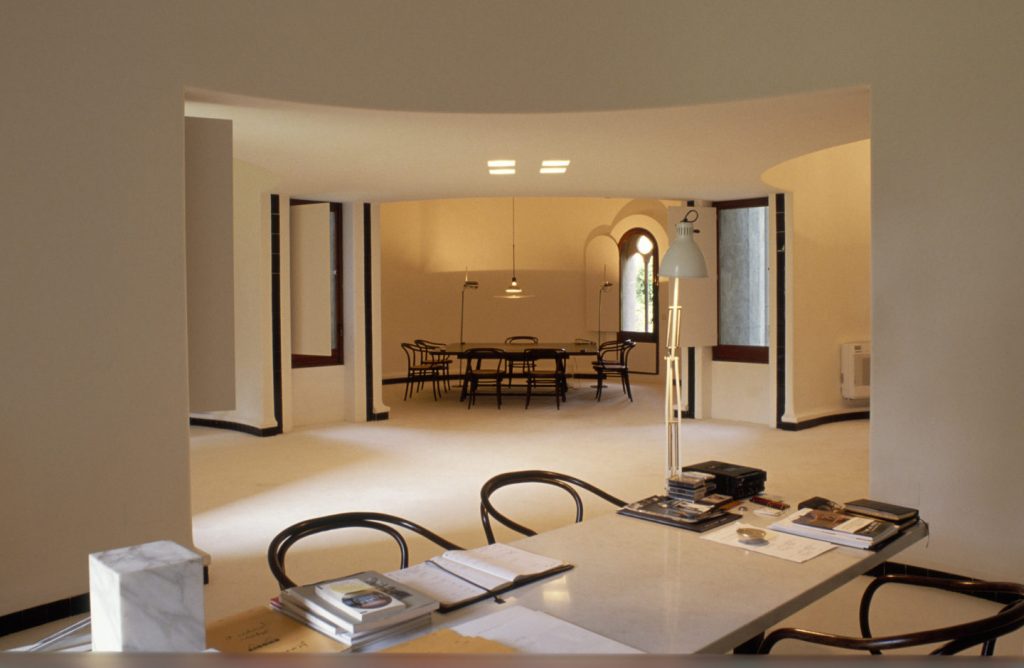 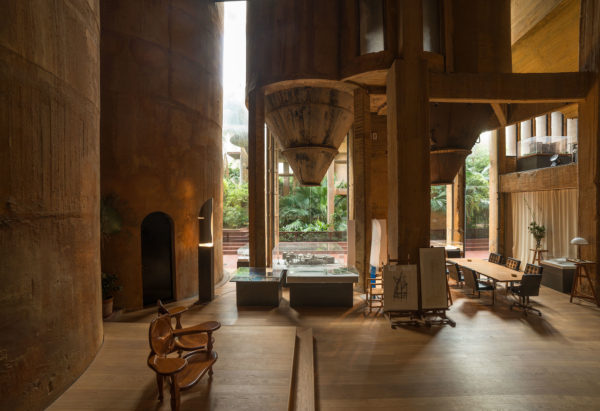 The minimal architecture intervention is aesthetically and visually striking. La Catedral is furnished with only a few unique piece. The pieces were designed by Taller Design. They include a beautiful wood and steel conference table, chairs and armchairs, a black leather sofa, a glass and steel coffee table and a smaller meeting table.

The greening and planting phase was essential in order to soften the harshness of the concrete facades. The space was first cleaned of cement allowing it for a green plinth where plants would hang from the roofs and climb the factory walls. 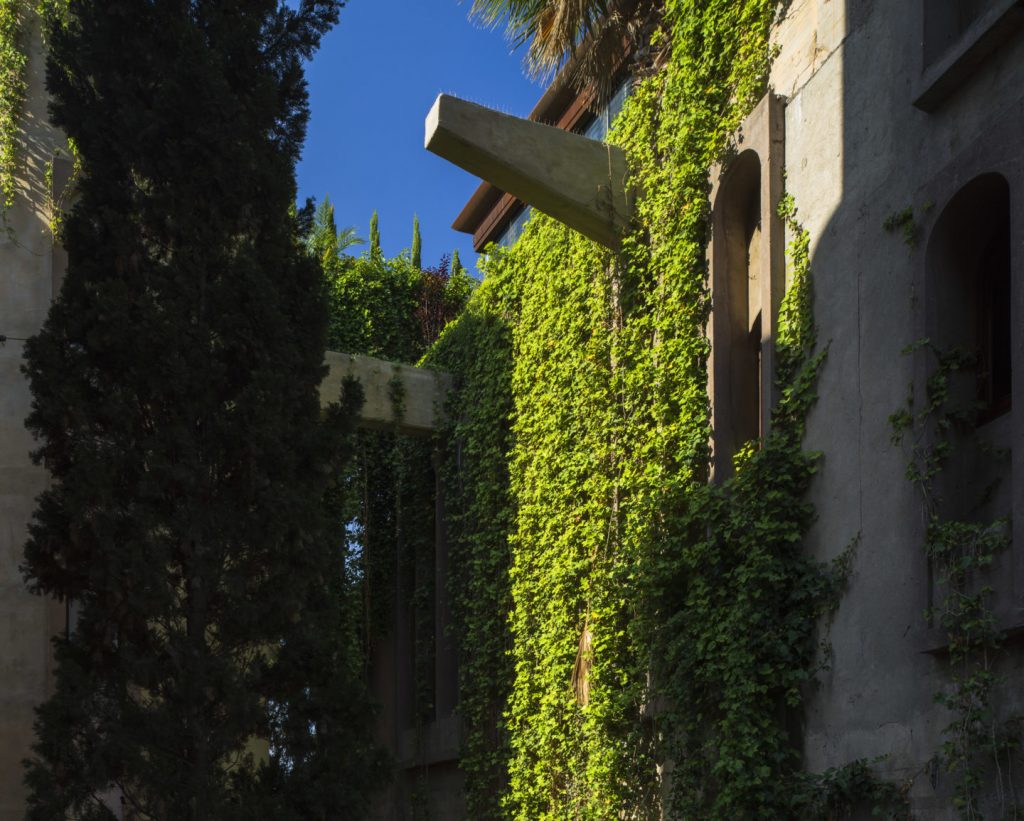 La fábrica garden was replanted with various types of plants, most of which include eucalyptus trees, palm trees, olive trees, prune trees and mimosas. Climbing vines were also introduced onto the walls, wrapping around the exposed concrete. These give the building a “mysterious aspect of romantic ruin that makes it unique and unrepeatable.” 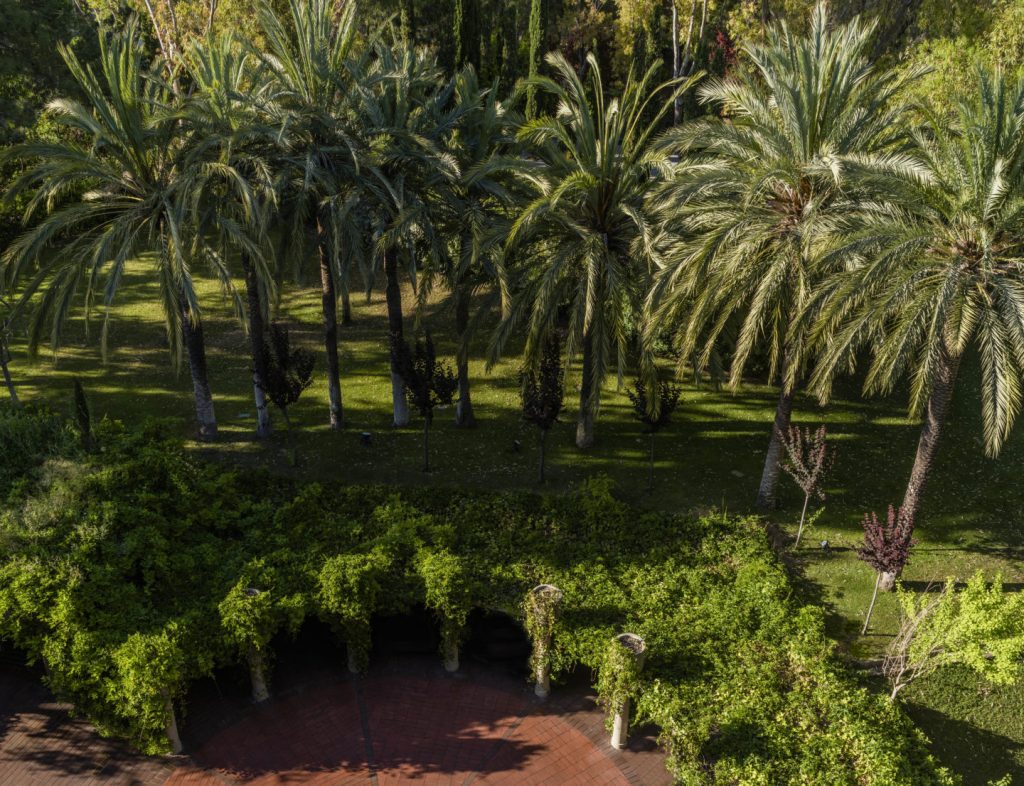 The grounds are now covered in various plants overflowing with lush greenery. The beautiful gardens have transformed the old factory into a fairytale home.

La fábrica is an ongoing project with no foreseeable end in sight. Bofill compared the project's constant evolution to his own lifestyle and his creative vision. La fábrica “will always remain an unfinished work” which adds to its symbolic charm.

“The factory is a magic place which strange atmosphere is difficult to be perceived by a profane eye. I like the life to be perfectly programmed here, ritualised, in total contrast with my turbulent nomad life," said Bofill.