The Perseid meteor shower took place through the end of July into early August this year. A team of research students from the Florida Insitute of Technology working on the SkySentinal project worked through this shower to capture the amazing sight from around the globe. The team used wide-angle cameras to not only record the shower from different perspectives but then compile it into one image.

Each year the Earth gets to wonder under the Perseid meteor shower, which is created from remnants of the Comet Swift-Tuttle which last passed by earth in 1992, according to FIT. The team behind the SkySentinal project tracked nearly all of the meteors in the shower and developed a specialized camera tracking system to make sure every image was captured in the most accurate representation of what occurred. The following image was compiled from 58 different wide-angled cameras around the world while collecting data around the clock for the extent of the shower. 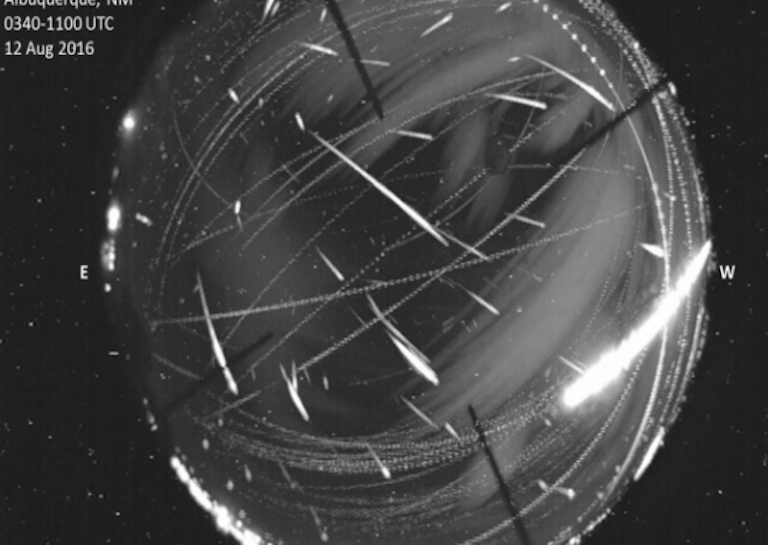 The cameras used for this project were developed by Sandia National Laboratories to do exactly what they were used for, track meteor showers. Lenses on the cameras were specially designed to pick up high-atmospheric lightning and other phenomena that can't necessarily be seen with the naked eye. SkySentinel is an ongoing project operated by Dwayne L. Free Csaba Palotai, a professor at Florida Tech. that works with student to collect data.