What you see below, is a hands-free automatic sperm collector. Yes, you read that right and if that's already got you laughing, then check out the video.

We're kinda used to weird and wonderful stuff coming out of Japan but it seems China has played a trump card as here we see a rather 'interesting' device finding its way into a Chinese hospital in Nanjing, capital of Jiangsu Province. What you see below is a hands-free automatic sperm collector called 'The SW-3701'. Yes, you read that right and if that's already got you laughing, then check out the video.

The concept is probably just as you can imagine. A massage pipe protrudes and retracts after the user has gotten himself into position and the machine keeps going until it has collected the sperm. The height is adjustable and the user even gets to chose the frequency, amplitude, and temperature. There's even a screen to provide some visual stimulation which is probably needed to help you forget that you're currently being fellated by a machine like a cow being milked.

According to the director of the urology department of the hospital, the machine is designed to help individuals that are finding it difficult to retrieve sperm the old fashioned way. The device isn't all that new apparently and has been in place a couple of years but in the last few days it's been doing the rounds on the internet and causing a stir on social media. 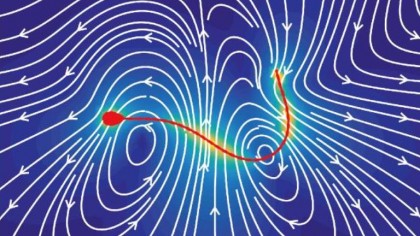 Really hope there is some sort of hygiene procedures involved here like a disposable insert for the massage pipe.

And we're left with another question, with such a booming population does China really need more sperm?