Spike S-512 With Screens Instead of Windows

In the second day of this year we reported that Spike Aerospace develops the world’s first private supersonic jet – Spike S-512. The vehicle will have range of around 7400 km (4600 mi) and will take the distance between New York and Los Angeles for just 3 hours when it starts operations in 2018. 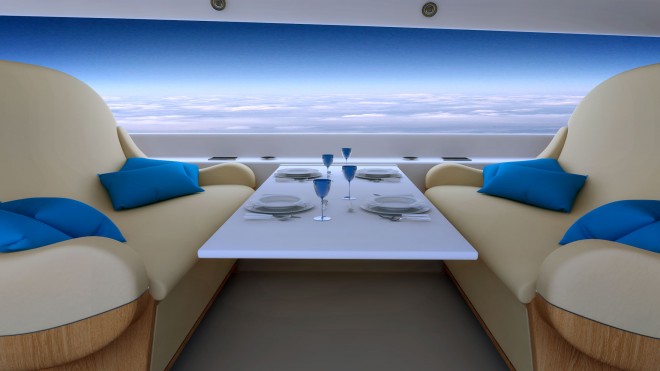 This is all great, but why do we remind you of that? We do so because of the interesting feature Spike Aerospace revealed – S-512 will feature large panoramic screens instead of the windows available in most of the regular airplanes. For that purpose, the company from Boston utilizes the latest developments and achievements of the technologies regarding live streaming, display features and video recording. The high-definition screens that will be a core feature of the interior will be connected to multiple small-scale cameras attached to the vehicle exterior. Screens will snap the images from all cameras and will display one huge panoramic image.

Big advantage of these screens is that they give a choice of view to the passengers. If somebody wants to sleep the screens could be darkened. And also, a passenger may just doesn’t want to watch sky and clouds. The company will provide a list of various images for such cases. 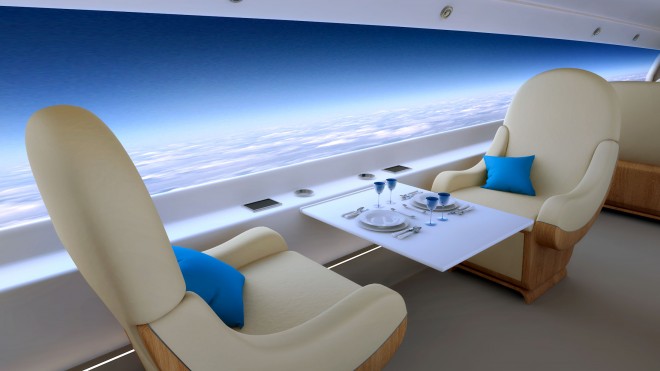 Although windows are playing significant role against claustrophobia, they also significantly challenge the hull integrity and make it hard task for aircraft engineers. And the task is twice harder for supersonic aircraft engineers. The aircraft hull is stronger without windows and this is why military airplanes have lowered number of windows.

The company stated that a hull without windows is essential for S-512 since the beginning of the development.

Vik Kachoria, founder of Spike Aerospace, said for Wired: “A few advisers and friends are concerned that there are no windows. But I think that if you give them the screens and give them the visibility, you might be able to get away from that.”

This engineering decision will allow the aircraft to achieve top speed of Mach 1.8 (2200 km/h or 1370 mph) with no more than 18 passengers onboard.

Here's why NASA will rent space suits instead of building them