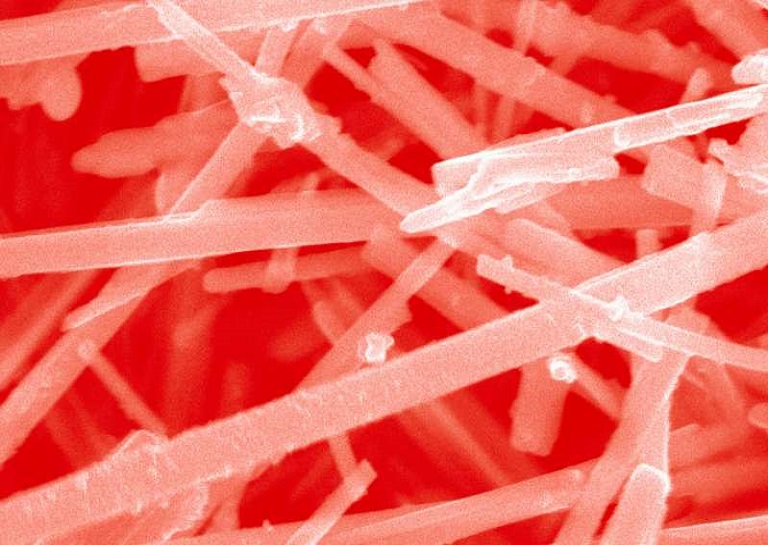 Scientists are currently developing a technology using nanowires and crystals that have the potential to split water into its components.

This 'final solution' to clean energy could come from combining crystals, called quantum dots, to teeny wires. The technology seeks to split water into oxygen and hydrogen fuel. That fuel could unlock new clean energy for cars, boats and other gas-reliant modes of transit.

"Hydrogen is seen as an important source of green energy because it generates water as the only byproduct when it's burned," said Dr. David Watson, one of the lead researchers of the project at the University of Buffalo. "The hybrid materials we're developing have the potential to support the cheap and efficient production of hydrogen gas."

The combination of crystals and wires provide a catalyst which absorbs the Sun's energy and initiates a reaction that splits water into its main components- oxygen and hydrogen. The Sun's energy allows an electron to break free from orbit, leaving behind a hole, or a spot in which an electron should exist. The electron and hole should be able to initiate the multi-step chemical reaction to convert water into oxygen and hydrogen.

As of now, the scientists managed to successfully demonstrate that their material can effectively create and separate an electron and a hole. However, the team of researchers have not yet proven the hole they created can efficiently be used to split water.

Nonetheless, the project gained support from the National Science Foundation (NSF) who is providing nearly US $2 million in grants to fund the initiative.

If the project succeeds, it could mean a new generation of energy production. Sarbajit Banerjee, Ph.D., professor of chemistry at Texas A&M University said:

"We are trying to put together some fairly complex machinery to mimic photosynthesis performed by plants, which use sunlight to split water and make energy. The machinery will be built from these nanowire and quantum dot blocks, using them almost as LEGOs. Calculations performed on supercomputers will guide us on how to rapidly put these blocks together."

Currently, splitting water into its elements requires more energy than it can produce, as determined through the law of conservation of energy. However, using the sun to input the extra energy needed to split the molecules (just like a neo-photosynthesis) could become the next revolutionary step towards green energy.