Single crystal semiconductors carried the development of electronic devices for nearly a century. But research teams across the globe could have a new, more efficient method for making these crucial crystals.

University of Surrey, the National Physical Laboratory, University of Kentucky and the University of Southampton worked on the project. They demonstrated a low-cost scalable spray process to make high-quality isolated organic single crystals. 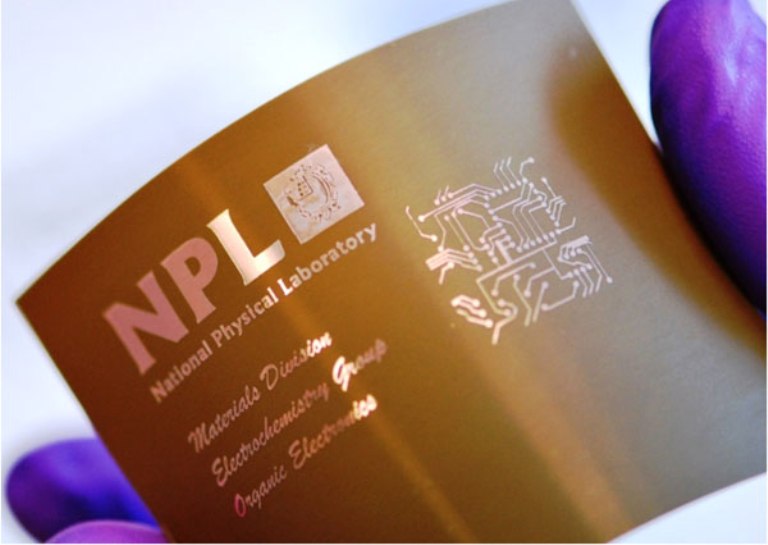 "This method is a powerful, new approach for manufacturing organic semiconductor single crystals and controlling their shape and dimensions," said Dr Maxim Shkunov from the Advanced Technology Institute at the University of Surrey.

Inorganic semiconductors like silicon take an extensive time to grow and use a lot of energy to form.

"If we look at silicon, it takes almost 1500 °C to grow semiconductor grade crystals, and it will fetch a very hefty electric bill for just 1 kg of silicon, same as for running a tea kettle for over two days non-stop," said Shkunov. "And then, you would need to cut and polish those silicon ‘boules' into wafers."

"We can make single crystals in a much simpler way, entirely at room temperature with a £5 artist spray brush. With a new class of organic semiconductors based on carbon atoms, we can spray-coat organic inks onto anything, and get more or less the right size of crystals for our devices right away." 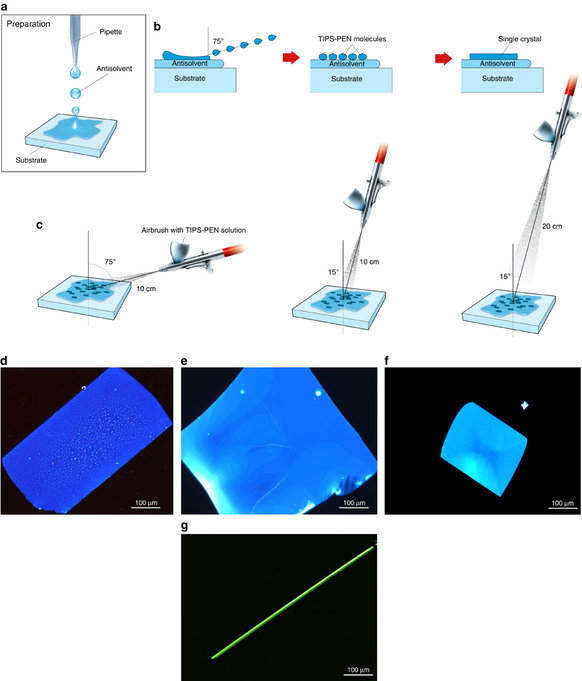 The spray angle and distance determines the crystal's size, shape and orientation. The organic semiconductor also offers more options than its traditional counterparts.

"We can also beat silicon by using light-emitting molecules to make lasers, for example – something you can't do with traditional silicon," said lead author and PhD candidate Grigorios Rigas. "This molecular crystals growth method opens amazing capabilities for printable organic electronics. It could also serve as a low-cost method for producing high-quality reference samples, which are much needed for further developing and understanding new characterisation techniques."

You can read the full study on Nature.