Wood can be used for a multitude of things and it seems that nanocellulose which is derived from pulp has been used in yet another way. Researchers in the US and Sweden have used it to make a soft body battery that is squeezable. The battery is resistant to shock and stress, more so than the typical batteries. 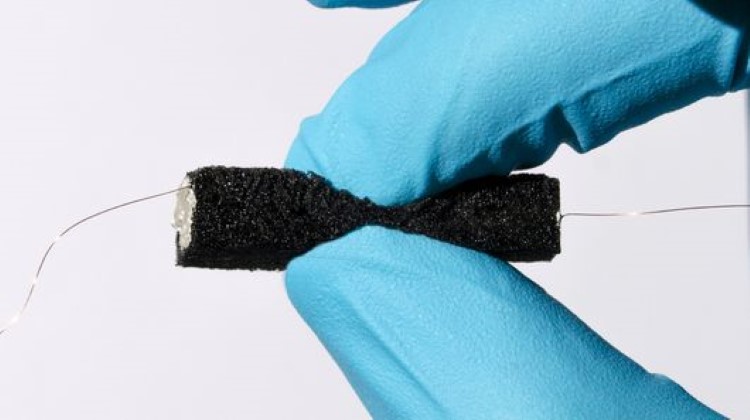 Nanocellulose also has the name of Cellulose NaonoFibrils and nanofibrillated cellulose. It is made from waste from wood from paper mills or lumber yards, which has water added to it and then ripped apart mechanically so that the wood fibers become very small nanofibers. The gel is then freeze dried to take the water out and this leaves the interconnected long nanofibers.

Research undertaken by scientists at the Sweden Royal Institute of Technology along with those at the California Stanford University have put CNF to good use and created material that is like aerogel and is light and porous. This material is said to be like the foam in a mattress. It was then given treatment on the outside and inside via electrically conductive ink and this means it can hold an electrical charge. As it is three dimensional it stores more power while needing less space than a typical battery would. If the material was spread out flat it would theoretically be enough to cover a football field.

Scientists are developing it further and it is thought that batteries using the material could be used in flexible electronic devices along with electric cars and smart fabrics.