The humanoid robot, OceanOne, made its maiden voyage as it searched through the wreck of La Lune, over 100m below the surface. The flagship belonged to King Louis XIV before it sank  into the Mediterranean in 1664, 20 miles off the southern coast of France. The wreck (and countless treasures) have been left untouched by human hands for centuries since. 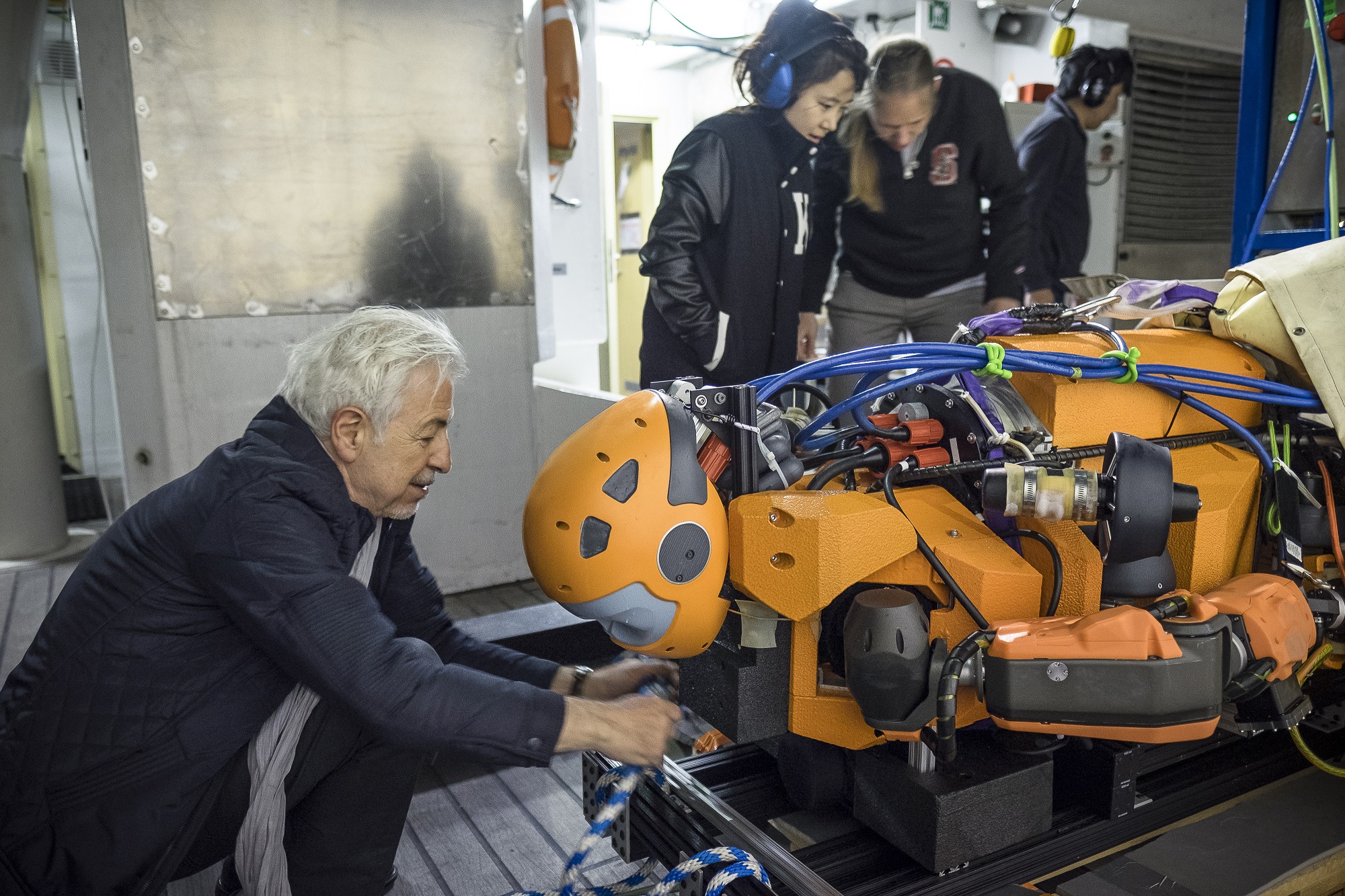 A team of skilled deep-sea archeologists studied the wreck, and a professor of computer science spotted a grapefruit-size vase. The man who discovered it, Oussama Khatib, never even entered the water once. As the robot dove, Khatib sat comfortably in his boat using a joystick to control the humanoids movements. The robot was designed with "human vision" and an artificial brain- essentially, a virtual robot.

The robot recovered the vase back to the main ship were Khatib became the first person to touch since it went down with the ship hundreds of years ago. The vase was in a surprisingly good condition considering it spent many years underwater. Over the years, the surface accumulated detritus, and apparently smelled like raw oysters. The team was still ecstatic over the discovery, so when they popped a bottle of champagne, they made sure to shower the incredible robot to commemorate the heroic find.

The expedition to King Henery's sunken flagship marked OceanOne's maiden voyage. The huge success could mean that the robot will take on underwater voyages deemed too dangerous for human divers, as well as mark a new beginning in ocean exploration. 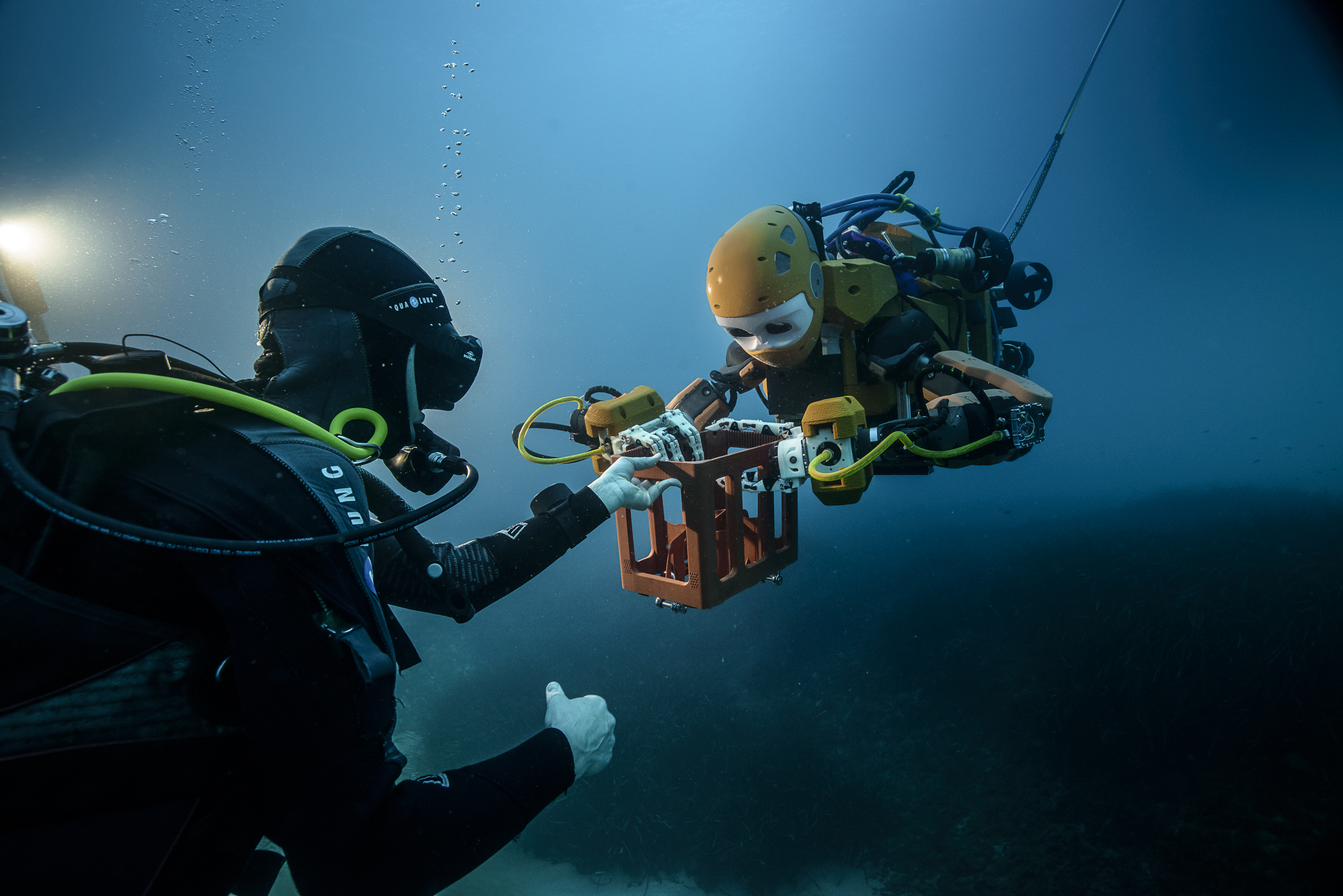 “OceanOne will be your avatar,”

“The intent here is to have a human diving virtually, to put the human out of harm’s way. Having a machine that has human characteristics that can project the human diver’s embodiment at depth is going to be amazing.”

OceanOne was designed in mind for the need to study deep water coral reefs in the Red Sea, water depths much too dangerous for humans to attempt. The robot is the only existing robot that can be submerged and controlled underwater with the skill and handling of a human diver. The robot was engineered from the ground up designed with artificial intelligence and haptic feedback systems.

OceanOne is approximately five feet from end to end integrated with a stereoscopic vision that displays live feed footage of exactly what the robot is seeing back to he pilot. The robot also has articulated arms that enable it to perform similar tasks that a human can do. The tail end houses the eight multi-directional thrusters as well as computers and batteries.

The arms are built with force sensors that relay haptic feedback to the pilots command module, allowing a sense of feeling so the pilot will know if the robot is holding something heavy or light. Eventually, the robot with have fingers covered with tactile sensors to enable almost life-like touch to the controller. The robotic computer systems read the data and double checks that its hands hold on firmly to objects, but not too hard as to damage things. The robot is exceptional at exploring shipwrecks, but will also be of substantial assistance to monitoring delicate coral reef missions and precisely placing underwater sensors.

“You can feel exactly what the robot is doing,” Khatib said. “It’s almost like you are there; with the sense of touch, you create a new dimension of perception.”

OceanOne will return next month to the Stanford campus where Khatib and his team will continue developing the systems. Although the robot remains the only prototype, for now, Khatib has hopes to build more units to work in unison under the sea.