Stanislav Petrov’s heroic and unorthodox decision to de-escalate tensions between the US and the Soviet government during the Cold War have earned him an important place in history.

We live in a world today where global politics, global economy and the effects of the age of digital technology have created a level of interdependence few of us could have never imagined even in the 20th century. However, some of an older generation remember not only the aftermath and effects of the Cold War, but lived through the very real and dangerous threats it posed to security between many countries in the world.

As the name implies, the war of ideologies between the two main actors in the Cold War—the United States and the then U.S.S.R.—divided entire blocks of countries, while forcing others to take sides and be puns. Underneath the surface of the ice were flares of threats, which always took the form of either one of two forms: a feverish, never-ending science and space race which fueled some of the most historic manned space missions of the 20th century, and the other, the much more catastrophic threat of weapons.

The Anti-Ballistic Missile Treaty (ABM or ABMT) of 1972 barred both countries from pursuing the build-up of ballistic missiles. 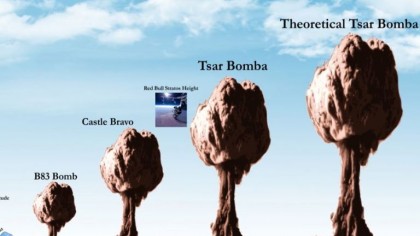 Eleven years later in 1983, however, the threat returned in full force. Stanislav Petrov, then stationed at a missile detection bunker as a military officer in the Soviet army, received a message claiming that five nuclear missiles had been launched by the United States and were on their way to Moscow. Petrov was only forty-four years old at the time, and even his many years of military and intelligence experience had not prepared him for the grave decision he faced. He recalls the series of events on that day, September 26th.

“The siren howled, but I just sat there for a few seconds, staring at the big, back-lit, red screen with the word ‘launch’ on it...I had all the data [to suggest there was an ongoing missile attack]. If I had sent my report up the chain of command, nobody would have said a word against it."

The decision was clear: he could report the information to his superiors, fully knowing the impact of his words, or could make a different decision. In that moment, however, he decided to rely on his own instincts which made him reason that the message was not true. Deciding to buck authority, he told his superior officers that the message had been a false alarm.

“There was no rule about how long we were allowed to think before we reported a strike. But we knew that every second of procrastination took away valuable time; that the Soviet Union’s military and political leadership needed to be informed without delay...All I had to do was to reach for the phone; to raise the direct line to our top commanders—but I couldn’t move. I felt like I was sitting on a hot frying pan,” Petrov said.

Dmitry, the son of Petrov, confirmed the death of his father as May 19th of this year.