When it comes to the Japanese art of paper folding or origami, red-crown crane sculptures are traditionally the still-life depicted and practiced on. However, this origami master strikes against tradition and folded himself a Star Wars X-wing Starfighter paper sculpture. The good thing about origami is that it's not like other laborious DIY crafts where you would need tools and plenty of materials. Just like this Star Wars spacecraft origami, all you need is paper (any color you want) and a patient pair of hands. 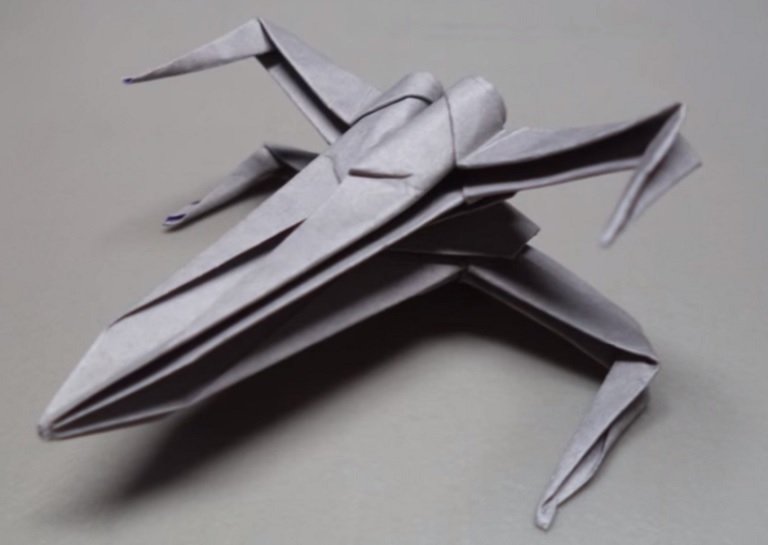 Ok, that photo above may look complicated with a hundred perfect folds and finely angled edges but it's really not. As the origami instructor puts it, "with a little practice anyone can do it"! So, here's a step by step guide on how to craft this Star Wars X-wing Starfighter in both video and instructable pictures for extra tips as you fold along.

Step 1: Fold in half in each direction, then fold diagonally both ways

You need a perfect squared paper for this as the first step is to fold it in half both in straight and diagonal ways to create the bird base. One great tip to perfect your origami crafting skills: use your fingernails to apply those sharp creases. In that way, you will end up with that finely folded sculpture. 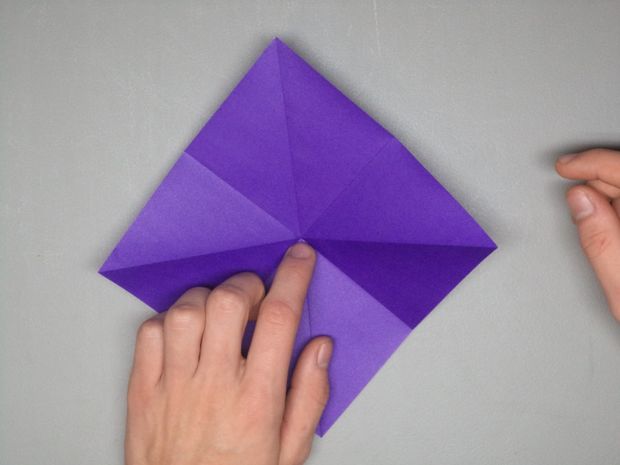 Step 2: Forming the bird base

If your paper has two colored sides, have your preferred spacecraft color facing down. Doing a mountain fold at this stage starts off your origami adventure, everything else should flow from here.

Four flaps are needed to form the bird base. Basically, once you've folded a flap or made any type of fold, it's just the matter of repeating it for the other ones. Make sure to keep the center crease in line so that the origami has its straight edges. 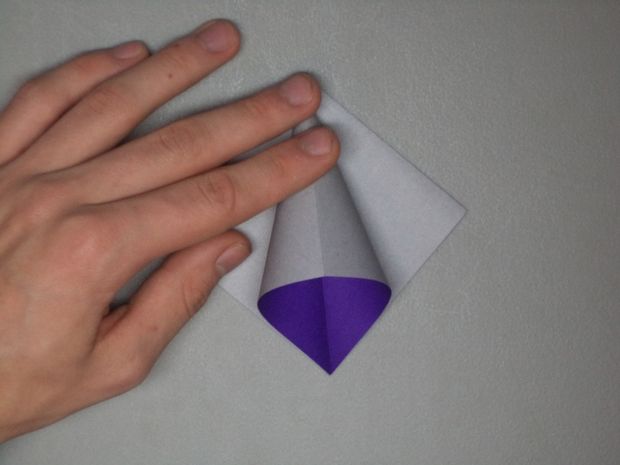 Step 4: Folding and unfolding the top two edges onto the center crease

Your paper needs the undesired color side facing up, the folds must be done on that side. 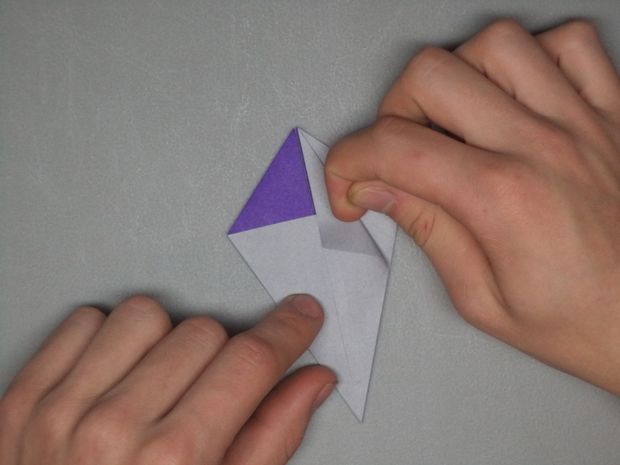 Yes, the fold is called a Rabbit Ear fold - do this process for one of the sides and try to keep it aligned with the center. Repeat this folding technique on the other three sides. You should end up with alternating sides of Rabbit Ear and plain side.

Orientate the paper first so you can form the wings properly (the video shows you how to do this). This is the part where you have to fold over the four wings and you should end up with this. 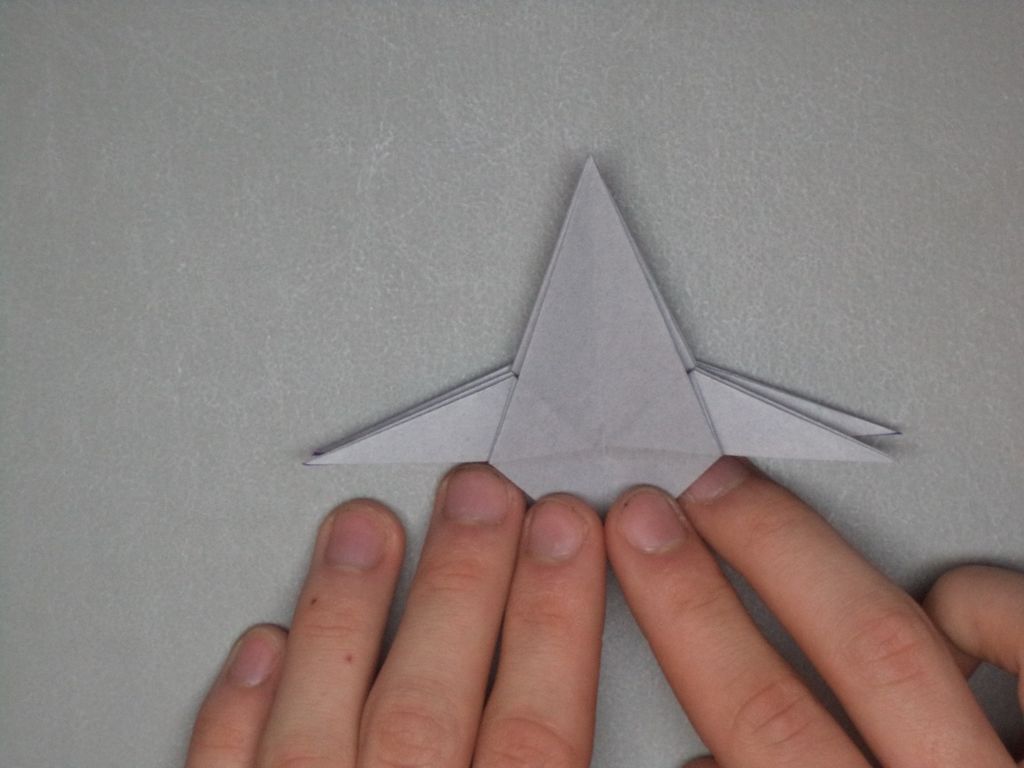 Now, this step will start to define your slightly unformed origami piece. You should end up with this. 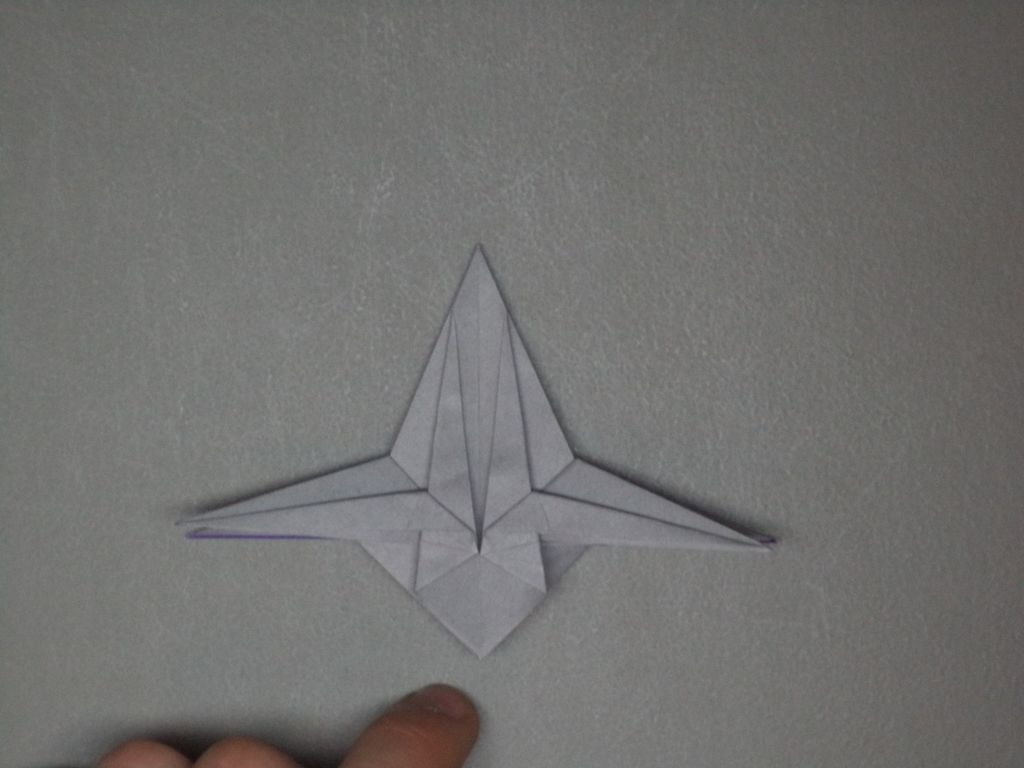 At this point, there will still be two sides you haven't worked on so you need to open up those sides. One must be facing down and the other facing up - this will orientate your paper the right way. 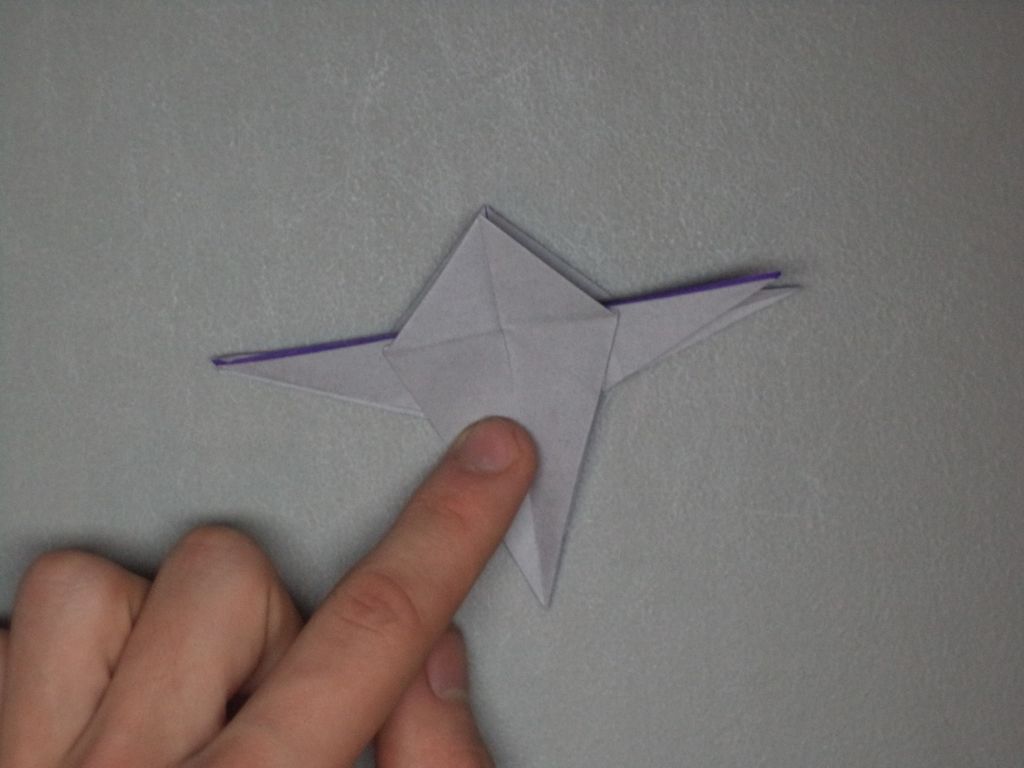 This step will refine the shape of your paper spacecraft so make sure this stage is done correctly. The end shape should look like the photo below. 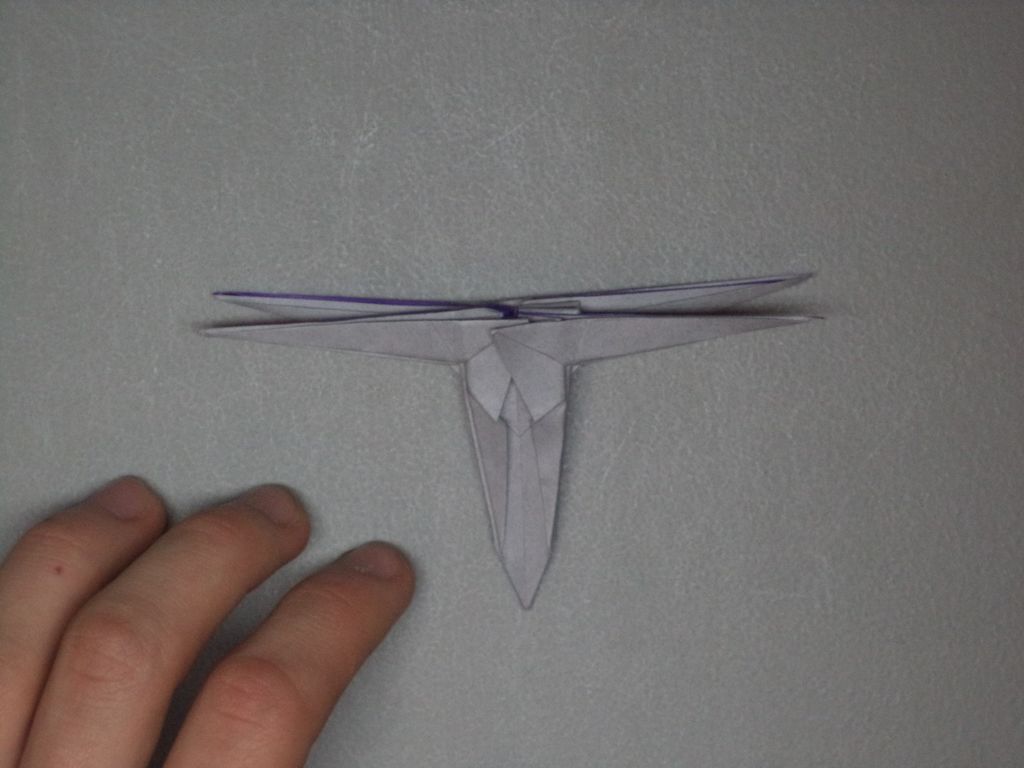 Of course, all X-wings need these "wing blasters". An inside reverse fold is required for this so open up each wing to do this. It should look like this after the folds. 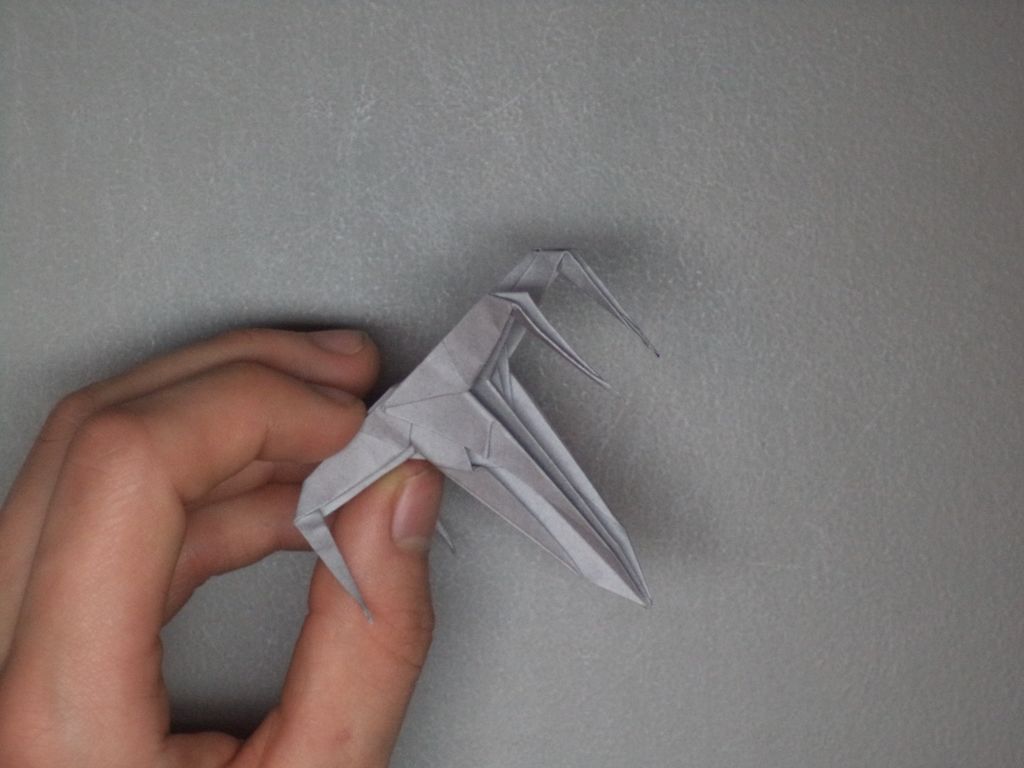 The final stage is to make those spacecraft engines. Remember the folds you did in step 10 as these are the ones you need to shape as engines. 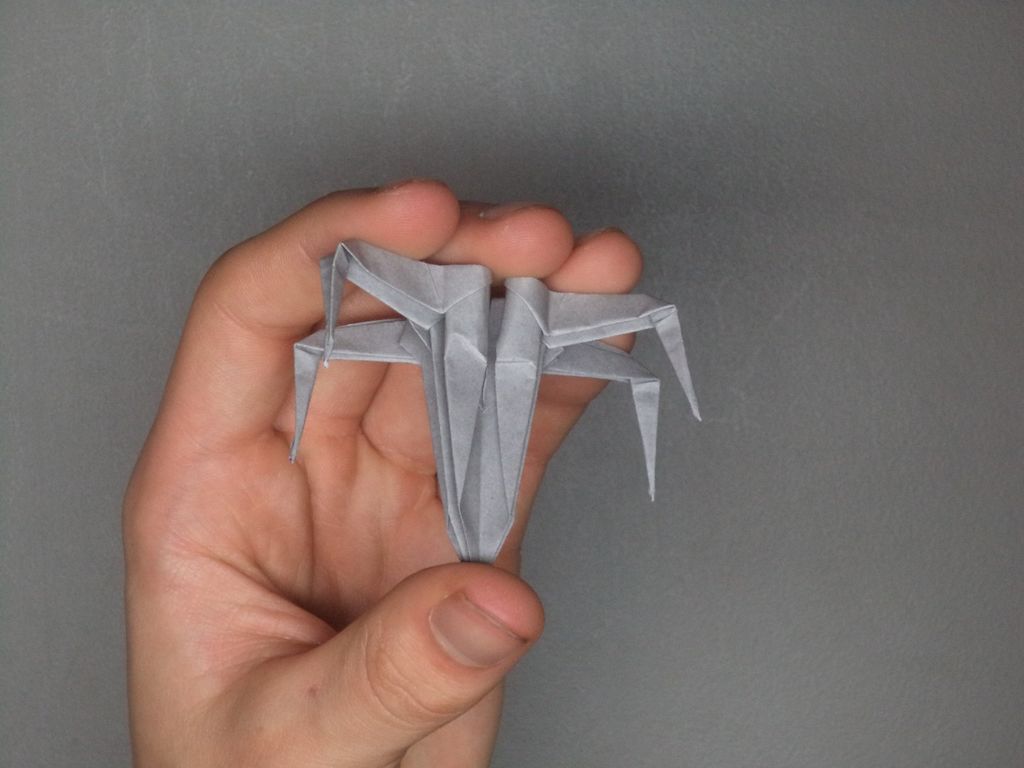 Voila, your very own Star Wars X-wing starfighter origami. For all that patient paper folding you've just done, you should feel a sense of achievement at the end of your origami lesson. If you want to enhance your origami skills, visit the Instructables website for more guided paper folding tutorials.