Lino, an autonomous video startup in Silicon Valley, aims to build a decentralized, collectively-owned video content distribution system which will remove the middlemen. The company announced in a press release earlier this week that it had secured $20 million in funding through a private token sale from leading Chinese seed investor Zhenfund. Other investors included FBG Capital, DFund, and INBlockchain.

"We believe that blockchain has enormous potential to empower video creators by decentralizing how their content is distributed and ensuring that their earnings go directly into their pockets," Wilson Wei, CEO of Lino, said. "We want to eliminate the middlemen in video streaming."

The video content distribution system, which is decentralized and collectively-owned, will be able to more fairly compensate content creators' aims by cutting out the middlemen, the company said.

Lino faces competition from Streamspace, Flixxo, Viuly, and Stream, all of which are working on similar concepts.

Traditional video platforms face important obstacles in terms of partnerships and take up to a 60 percent cut. However, Lino will use blockchain technology to ensure content value can be recognized efficiently.

All contributors can thus be motivated to promote long-term economic growth.

The company said YouTube holds "enormous power over creators and focuses on maximizing profit, which can bring it into conflict with its actual creators.”

“The solution is to create a collectively-owned, decentralized means of distribution, which ensures all content value is directly distributed to content creators and affiliated contributors without going through a privately owned entity as a middleman." 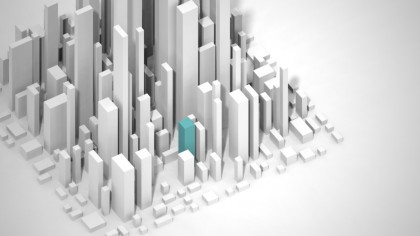 The press release said the company believed in decentralized, peer-to-peer content delivery networks (CDN), but current projects did not seem ready for stability and costs.

The value of the content in the new system will be determined by human engagement with it. This will help prevent fraud and bots from manipulating the system, according to the company. Transactions will be free of charge. The company will seek to provide a decentralized CDN through an auction system. The system is a reflection of the human engagement. Users with more interesting or unique content will receive more rewards than those who produce less interesting content.

Lino chief executive Wilson Wei also told TechCrunch that he expected content creators to garner three to five times the profits they make on YouTube or its competitor site, Twitch.

How Blockchain May Just Revolutionize the Economy