Bank of China has made a patent application that contains method to compress blockchain data to solve the problem of storage space in new blocks.

Bank of China, one of the country’s biggest four state-owned commercial banks, has made a patent application for a process that is intended to scale blockchain systems better.

A document released by China's State Intellectual Property Office (SIPO) on February 23 says that the application was first submitted on Sept. 28 last year, and invented by Zhao Shuxiang. 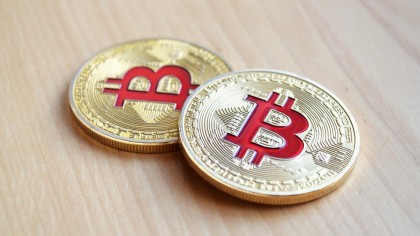 Once the system receives a request to compress transactions from block 1 to 1,000, it results in a new data block being formed and temporarily hosted on a different storage system, the application says. The system will then move onto running the packed data through a hash function with a hash value.

The patent says there is a reduction in the amount of the data stored in new blocks using this method. This is because transactions will mount in a blockchain, while making sure that data from all of the previous transactions will still be tamper-proof and traceable.

This is all part of a wider effort by the Bank of China to further its businesses through using distributed ledger technology. The patent is still currently in the review process and is yet to be granted.

Bank of China partnered with China's internet giant Tencent last year to trial blockchain in financial applications. The patent seeks to solve the problem of storage space in new blocks without compromising on trackability and stability.

China has been one of the stricter countries globally in terms of cryptocurrency regulation. The country banned Initial Coin Offerings (ICO) and foreign exchanges from operating within the country.

South Korea’s Finance Minister talked about a need to cooperate with China in terms of blockchain during a meeting with the governor of the People’s Bank of China earlier this month.

“Blockchain technology is an important technological breakthrough to fuel the fourth industrial revolution and as such, the ministry will take a cautious approach in regulating the cryptocurrency market."

Chinese multinational PC company Lenovo also filed a blockchain-based patent to verify the integrity of physical documents. The company filed the patent with the U.S. Patent and Trademark Office (USPTO).

Swiss banking giant UBS has also filed a similar patent with USPTO for a Blockchain-based system for client IP and user validation in December 2017.

Although Lenovo's application was not submitted recently, its online release came as China is in the middle of a general crackdown on crypto-related things within the country.

The crypto bans have however not stopped Chinese companies from looking into the crypto sphere. The Chinese-based payment service provider LianLian partnered with RippleNetto two weeks ago facilitate faster and less expensive cross-border payments in Europe, the US, and China.