Newly developed stem cell technologies may hold promise for treating Parkinson's in the next decades.

Parkinson's disease (PD) is a neurodegenerative disorder that impacts movement, muscle control, and balance. Symptoms start slowly with tremors but may eventually progress to even interfere with speech and facial expressions.

Unfortunately, the disorder is also becoming more common with researchers warning of an impending pandemic. From 1990 to 2015, the number of people with PD doubled worldwide to over six million and researchers warn that the number could double again to over 12 million by 2040.

Today, the most common PD treatment is based on enhancing the activity of the nigrostriatal pathway in the brain, a treatment that has long-term limitations and side effects.

Now, researchers are hoping stem cell technologies may be the key to effectively treating PD. In a new study, they stipulate the novel treatment may help alleviate at least the motor symptoms in the coming decades.

"We are in desperate need of a better way of helping people with PD. It is on the increase worldwide. There is still no cure, and medications only go part way to fully treat incoordination and movement problems," explained co-authors Claire Henchcliffe, MD, DPhil, from the Department of Neurology, Weill Cornell Medical College, and Department of Neurosurgery, Memorial Sloan Kettering Cancer Center, New York, NY, USA; and Malin Parmar, PhD, from the Wallenberg Neuroscience Center and Lund Stem Cell Center, Lund University, Lund, Sweden.

"If successful, using stem cells as a source of transplantable dopamine-producing nerve cells could revolutionize care of the PD patient in the future. A single surgery could potentially provide a transplant that would last throughout a patient's lifespan, reducing or altogether avoiding the need for dopamine-based medications."

New stem cells to the rescue

The authors stipulate how new stem cell technologies could be used to treat PD and how they now have finally overcome one crucial barrier. Most previous transplantation studies in PD used human cells from aborted embryos, an area that was burdened with both scientific and ethical issues. 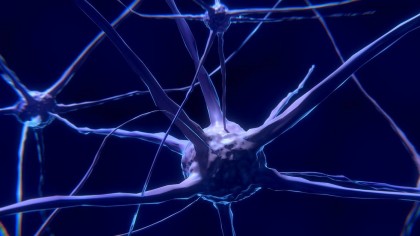 Novel developments now allow researchers to grow unlimited amounts of dopamine-producing nerve cells in the laboratory for transplantation, an approach that is quickly moving into clinical trials.

"We are moving into an exciting era for stem cell therapy," commented Dr. Parmar.

"The first-generation cells are now being trialed and new advances in stem cell biology and genetic engineering promise even better cells and therapies in the future. There is a long road ahead in demonstrating how well stem cell-based reparative therapies will work, and much to understand about what, where, and how to deliver the cells, and to whom. But the massive strides in technology over recent years make it tempting to speculate that cell replacement may play an increasing role in alleviating at least the motor symptoms, if not others, in the decades to come."

The study is published in a special supplement of the Journal of Parkinson's Disease.

Heart Muscle Cells Made in the Lab Successfully Transplanted into Patient