Stepping on Lego Covered Treadmill: Why does Lego Hurt so Much?

Perhaps it is the most perplexing question of the generation. Why does stepping on Lego hurt so bad?

It is every curious-minded child's dream to own the wonder that is a massive box filled to the brim with Lego. Once used however, it is a fundamental law of the universal that the Lego will tend towards entropy and end up in the most peculiar of places- most commonly, on the underside of your foot. But why does it feel like stepping on a shattered glass bottle tainted in snake venom soaked within a bath of lemon juice? With that in mind, here is the most cringe-worthy video in history. Enjoy.

The answer of the pain derivative is greatly accused due to the anatomy of the foot. As any person who has stubbed their toe (and then went on to gently say "Oh dear, it appears as though I have stubbed my toe") understands the feet are incredibly sensitive to pressure. The feet are wired with thousands of connections that constantly relay information back to the brain to assist with motor function including balance and motion. Unfortunately, the foot does not only send pleasant messages. Its sensitivity is also what makes you wish you dove into a vat of lava when you step on a Lego.

Not only are your feet incredibly sensitive, but Lego is also incredibly strong, able to resist hundreds of kilos of force. In fact, Lego can withstand 432 kilos before structurally failing and breaking due to compression. Upon stepping on one of the little devils, the force has no where to be distributed to except right into the massive cluster of nerves contained within your foot. The pain is completed alongside the sharp corners and little nobs that would want nothing more than to cause you the greatest anguish and deepest regret you have ever experience.

In perspective, a regular 2 x 2 lego brick has about the surface area of 2.25 centimeter squared (negating the small nobs which will most certainly not assist your situation anyway). Now, assuming a mass of 75 kilos (exerting 735 Newtons upward on one foot due to the normal force). All that force is then concentrated in one tiny area, equating 734 N/0.000225 m2 . That directly equates to about 3,262,222 pascals of pressure! That is the same as experiencing 32 times the standard atmospheric pressure.

While some force will be distributed through other parts of your foot in contact with the floor, the stomping motion of your walk will already add to the force. So, why does stepping on a Lego hurt so bad? Well, all that force has no where to go but to a high density area of nerves that detect every sharp edge, nook and cranny that comprises the world most painful toy: Lego. 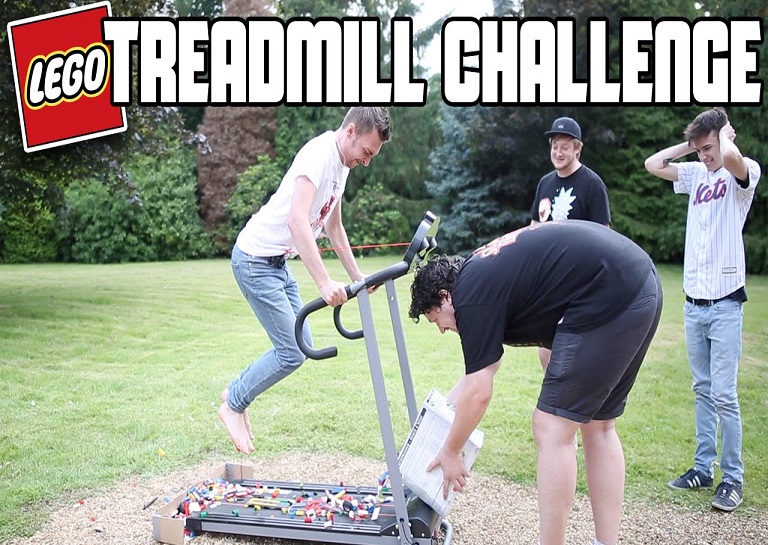