Stopping Soap Bubble Swirls - And Why

Soap bubbles have always filled us with wonder. The enigmatic play of colors across their surface entrance children and inspire scientists to explore the forces at work in this stunning microcosm. From optics to fluid dynamics, great minds have studied the chaotic activity in this simple system for generations. Now, researchers out of Stanford University are controlling these instabilities, leading to exciting prospects in fields ranging from medicine to food technology. 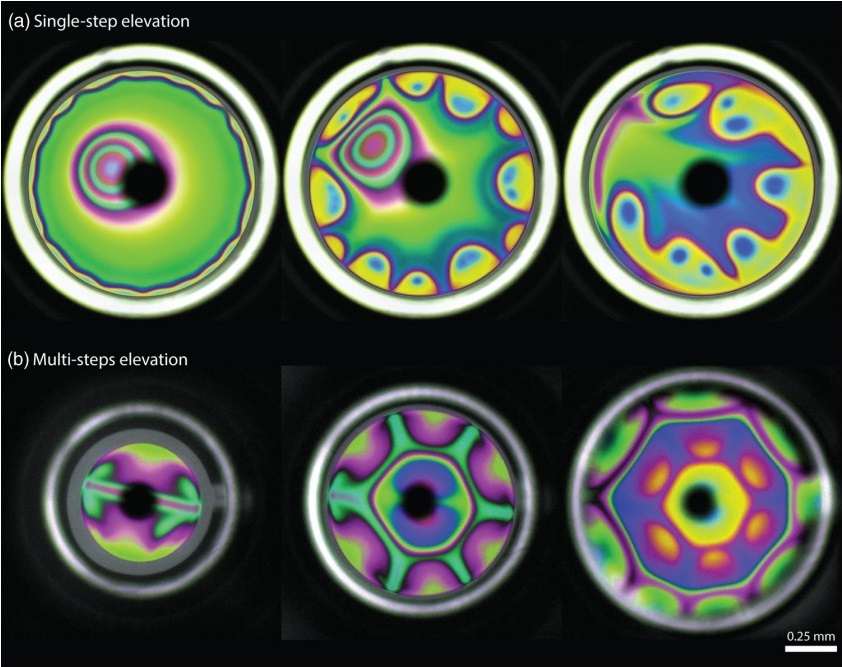 This stunning kaleidoscope of color is largely due to the Marangoni effect. This effect is caused by the movement of boundary-layer molecules from areas of low to high surface tension. In a world first, the Stanford research team have managed to stop these flows, allowing for their closer examination.

Professor Gerald Fuller, who co-authored the published findings, said 'We were able to actually stop the Marangoni flows. Arrest them. It was a remarkable phenomenon and with very delicate control of these flows and these patterns.' 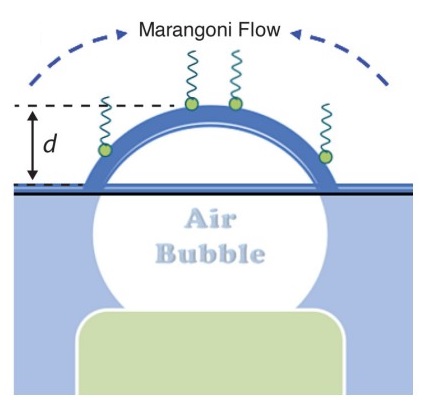 Through the repeated raising and pausing of a 1-millimetre air bubble through the surface of a soapy solution, the team was able to halt the previous layer of Marangoni flows on the bubble's surface through the generation of a new layer. These trapped flows are likened to freezing a crashing wave.

Lead author of the research, Saad Bhamla, said 'The colors on the bubbles indicate the thickness of the film, so you have these valleys and hills that are in a geometrically frustrated state on a surface that itself is ephemeral. An interesting question is why you are able to do that in the first place.'

Simple, inexpensive analogs for more complex systems are highly prized in the research community. Bubbles are an outstanding example of an easy to manipulate model with wonderful scope for experimentation. Bhamla explained:

'You almost expect that things that are mundane – day-to-day objects, simple things – are all figured out. You take it for granted. If you ask the question ‘Why?’ even the simplest things have a lot that we can discover about them because we have better tools today, we have better techniques today.'

From Newton's study of optics to de Gennes' 1991 Nobel Prize for physics lecture, bubbles have played a part in myriad scientific fields of study. Building upon their previous work in the use of surfactants in medicine, the team is exploring applications as diverse as beer foam quality, oil-water separation, and unwanted bubbles in drug formulations.

'As you appreciate prevalence of surfactant foams in food products and in personal products, you realize that there is a need to understand the lifetime of these systems,' said Fuller.

Winner of the Milton Van Dyke Award from the American Physical Society, this video shows the beauty of immobilized waves on the surface of a bubble: