The recent earthquake that stuck early Saturday morning in Japan has left at least 41 dead and the country struggling to pick up the pieces. After this tragic event, a much more mysterious event took place in the city of Fukuoka, and no one really knows the cause. Pictures have been popping up all over social media depicting the streets of the town covered in a mysterious thick white foam shortly after the quake hit, according to India Today. 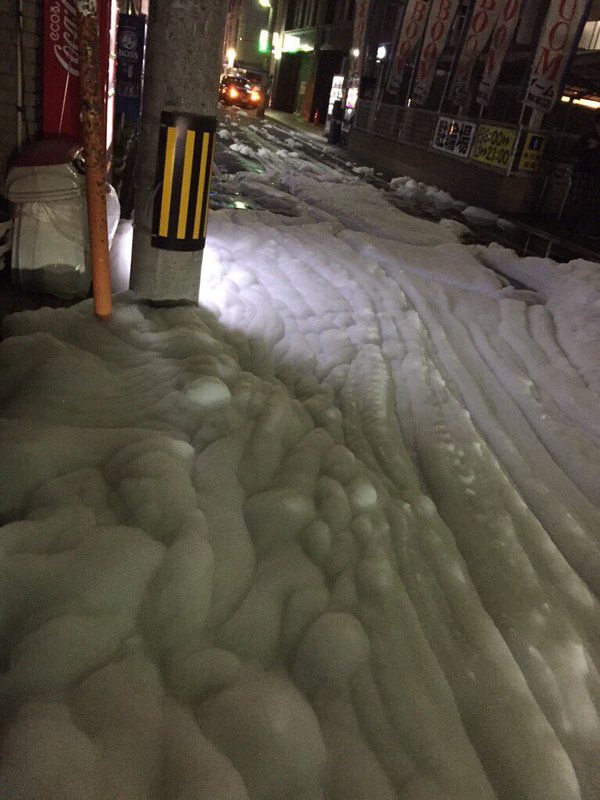 At this point, the most probable cause for the foam is a burst underground  pipe, but no company has come forward stating it was theirs, nor does it explain what the foam is. The phenomena resembles a thick blanket of snow, yet one step outside quickly told residents otherwise. One person called it "disgusting" with many taking to twitter and social media to display what they were seeing. The foam has the potential to be dangerous to human health, which is leaving many worried about the chemical makeup of it. 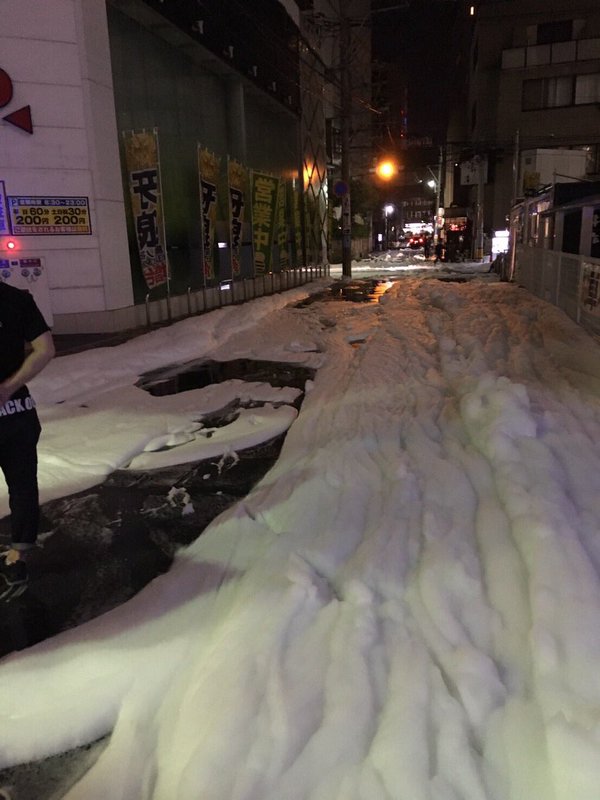 The 7.3 magnitude quake hit 90 km away from the city of Fukuoka, where residents reported not suffering too much damage from the quake. Since there wasn't as much damage it makes the foam even more mysterious. This may turn out to be one of those mysterious events that never gets talked about, and no one ever claims responsibility for.  Check out some of the other tweets of local residents below:

If a pipe burst underground, it doesn't quite explain the foam, unless the pipe contained some strange chemical that was aerated through the cracks in the road. So what is really happening? Let us know what you think is causing this strange phenomena that has covered Japanese streets with foam in the comments.

SEE ALSO: Researchers have created an injectable foam that can heal degenerating bones

7.2-Magnitude Earthquake in Japan’s Northeast Results In a Tsunami Warning

The Science of Slumber: 5 Strange Things That Happen When You Sleep