Don’t tell Pluto but there might be another planet in the Solar System.

Scientists from Caltech have announced a Mars-sized planet has been disrupting the orbit of other celestial bodies. The observations were made within the Kuiper Belt. The Belt is a region of space beyond Neptune that wraps the entire Solar System. Officially, the planet is a “planetary mass object”.

Research into the matter started in 2016 when Caltech announced it had found several objects in space that had highly unusual orbits. One possible explanation would be the objects were being drawn into the orbit of a larger planet. A planet with a mass about 10 times that of Earth.

Two scientists from the University of Arizona, Kat Volk and  Renu Malhotra examined over 600 objects in the Kuiper Belt looking to understand their tilt angles and orbits. They published their findings in the Astronomical Journal. 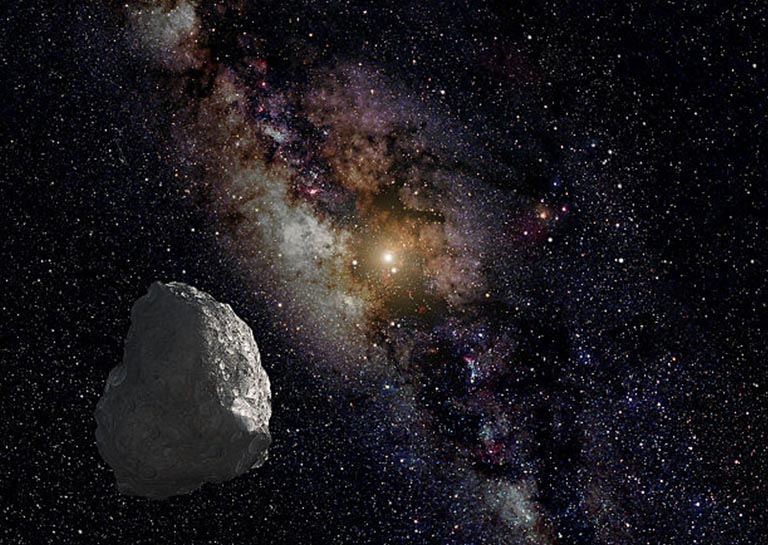 The study showed that the most distant object in the belt is tilting away from the orbital plane, indicating something is interfering with their path. Malhotra explains: "Imagine you have lots and lots of fast-spinning tops, and you give each one a slight nudge. If you then take a snapshot of them, you will find that their spin axes will be at different orientations, but on average, they will be pointing to the local gravitational field of Earth.”

In summary, the serious warping of the objects' planes points to one conclusion. "The most likely explanation for our results is that there is some unseen mass," lead author Volk said. "According to our calculations, something as massive as Mars would be needed to cause the warp that we measured."

Dubbed Planet 10, the unknown object would be 60 Astronomical Measurements (AU) from the Sun. If the planet does truly exist it will be able to be observed via the Large Synoptic Survey Telescope, a new telescope that will survey the sky. The telescope which is currently under construction in Chile will be able to take more than 800 panoramic images each night with a 3.2 billion-pixel camera, e.Essentially recording the entire sky twice each week.

Michele Bannister, from the Astrophysics Research Center at Queen’s University Belfast, U.K., commented that the existence of the mass seemed “entirely reasonable.” He went on to discuss the question on everyone’s lips: Why now? “It’s entirely reasonable you would have a Mars-sized object at some point. The question is why would we not have found it yet?” Bannister explains that Planet 10 could be situated in the densest part of Milky Way which would have made it extremely difficult to spot.

“At that point, it becomes a lot harder to find distant moving objects because there are just so many stars,” she says. “It’s a region of the sky where you could potentially hide an object."

While there is no hard evidence yet, the compelling evidence presented by the scientist has set the race to which new planet will be discovered next. Planet 9 is still waiting to be officially confirmed. When the planets do get confirmed, likely through optical imaging, they will be christened with a new name. Usually, this is something related to its discoverers or related to Greek or Roman mythology.