In what could be the last leg of its mission, the Dawn probe managed to take pictures of Ceres's craters and help build a better understanding of where these spots came from.

NASA's Dawn spacecraft recently uncovered some of the best looks researchers have ever seen of the mysterious bright spots throughout the planet Ceres.

The NASA/JPL flight team figured out a new orbit around the dwarf planet that would get the probe 22 miles (35 kilometers) on the nearest dive. This allowed the Dawn craft the perfect view over the 57-mile-wide (92 km) Occator Crater -- the site of the famous bright spots. Newly released photos from June 14 and June 22 could finally give resaerchers a better understanding of the bright spots by offering a more comprehensive look of the Ceres crater floor.

The Occator Crater has been a point of interest for researchers looking to further explore Ceres. In 2015, the Dawn craft discovered the Occator's floor holds surprisingly bright deposits. Later observations from the probe helped explain that the mysterious bright sections consisted of sodium carbonate. Researchers explained these deposits are the largest desposits of carbonate outside of Earth, and they're potentially larger than those found on Mars.

"The first views of Ceres obtained by Dawn beckoned us with a single, blinding bright spot," said Carol Raymond of JPL, Dawn's principal investigator. "Unraveling the nature and history of this fascinating dwarf planet during the course of Dawn's extended stay at Ceres has been thrilling, and it is especially fitting that Dawn's last act will provide rich new data sets to test those theories."

Researchers from NASA and the Jet Propolsion Laboratory hope that the observations could help address key questions still lingering about the carbonates desposits.

"Acquiring these spectacular pictures has been one of the greatest challenges in Dawn's extraordinary extraterrestrial expedition, and the results are better than we had ever hoped," Dawn chief engineer and project manager Marc Rayman, of NASA's Jet Propulsion Laboratory (JPL) in Pasadena, California, said in a statement. "Dawn is like a master artist, adding rich details to the otherworldly beauty in its intimate portrait of Ceres." 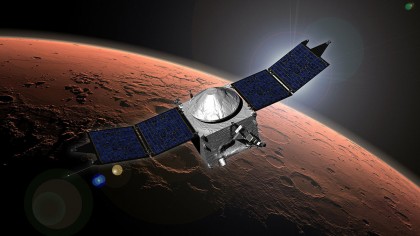 Launched in September 2007, the Dawn mission cost NASA roughly $467 million and had a very unique goal. The NASA team simply wanted the space craft to study Vesta and Ceres -- two objects found between Mars and Jupiter. Why did researchers take a particular interest in Vesta and Ceres? The two dwarf planets are believed to be building blocks from the earliest era of the solar system. By studying Vesta and Ceres, NASA researchers hope they can better understand how our solar system came into being.

The Dawn probe started its orbit of Vesta in June 2011 and wrapped up in September 2012. At that point, it moved to Ceres and arrived there in March 2015. Dawn's successful arrival to Ceres made the space craft the first one ever to orbit two objects other than the Earth and its moon.

The researchers are particularly fortunate in getting these insightful images as the Dawn craft is running extensively low on fuel. Dawn is almost out fo hydrazine which powers the craft's thrusters. The end of the hydrazine will mean the end of Dawn; the probe will no longer be able to point its instruments back toward Earth to communicate or closer to Ceres in order to gather information.