Strange things happen to basketball due to Magnus Effect

A group of four people recently headed to a dam in Tasmania and stood on the wall looking down 126.5 meters below. They had a couple of basketballs with them and wondered what would happen when they dropped them down into the dam. It seems that some strange things happen to a basketball due to the Magnus Effect. 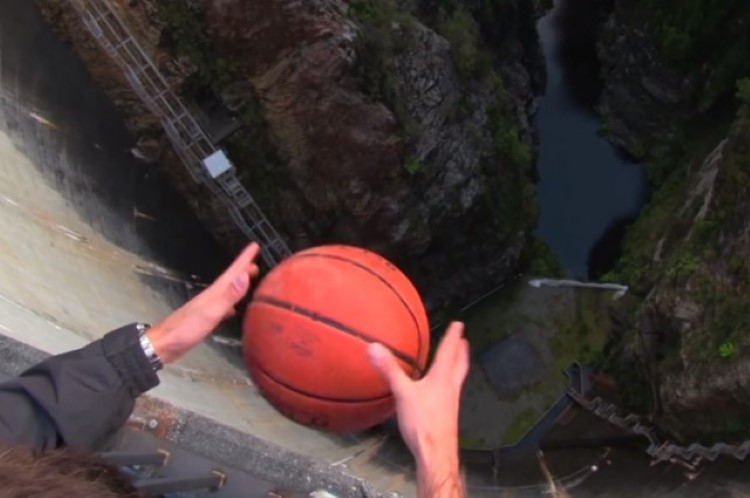 In their first test the guy simply drops the basketball down and it falls directly below where he dropped it. So what do you think would happen if the guy dropped another basketball and this time put a little bit of back spin on the ball?

Surprisingly this time the basketball didn’t just drop down and hit the ground below. This time the ball seemed to take on a life of its own as it veered away a distance while flying through the air, quite a distance in fact, then it skimmed over the surface of the water; similar to what happens when you skim a stone over the top of the water’s surface. The basketball then flopped in the water some distance away from where it had originally been dropped. This is of course due to the Magus Effect, named after Heinrich Gustav Magnas.

Were you expecting the basketball to float away like that when the guy applied a bit of backspin to it?