Access to efficient waterways has historically been essential to enhancing a country's economy and shipping abilities. The people of Belgium desired an inland waterway that connected the Meuse river with the Scheldt river, but the height difference between the two waterways seemed insurmountable. With a total difference of 96 meters, using traditional locks would have not only been nearly impossible, but incredibly expensive. After the project crew brought in an English Hydraulic Engineer named Edwin Clark, 4 boat lifts were constructed between the years of 1888 to 1917. 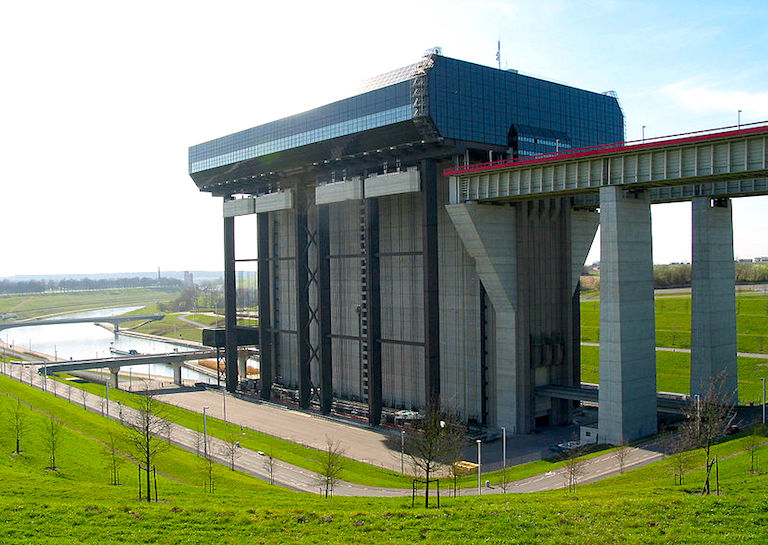 At this point, the canal lifts could handle vessels and boats up to 300 metric tons, but this soon proved to be too little in the growing needs of the shipping traffic. Instead of widening the current canal, a bypass was created which then meant the need for a new boat lifting system. Construction of the new boat lift began in 1982 and wasn't completed for another 20 years, at an estimated cost of US$180 million.

The Canal du Centre featuring the new Strépy-Thieu Boat Lift quickly became a necessity to the country's commercial barge traffic. The old gates and lifts, now out of use, became a UNESCO World Heritage site due to their significance both culturally and architecturally. 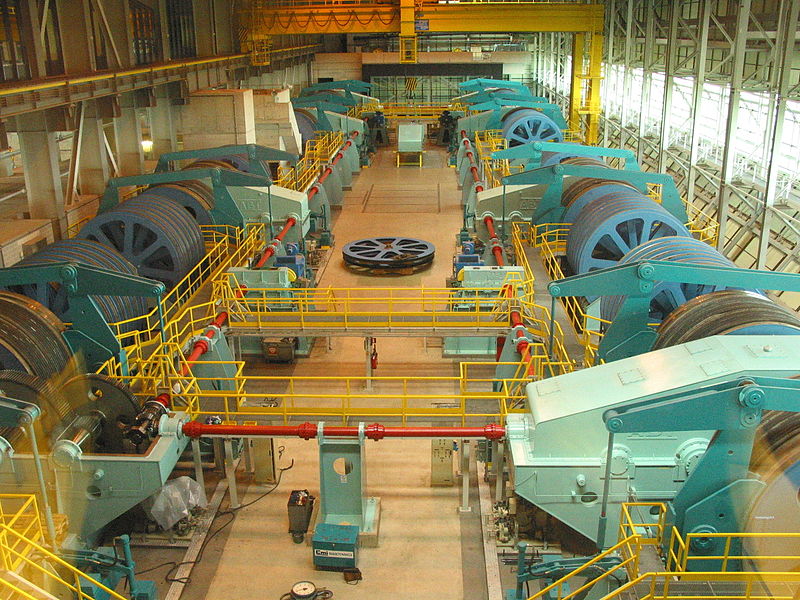 This boat lift spans a vertical height of 73.15 meters, and was the world's tallest until the Three Gorges Dam boat lift surpassed it upon completion in 2015. Consisting of two independent counterweighted caissons, the ships rest inside while they are being transported downstream. The water depth in each caisson will vary between 3.35 to 4.15 meters depending on the size of ship being transported. 112 total suspension cables support the lifts, with each cable being designed to handle below 100 kN of force at all times.

Four gigantic electric motors power 8 winches per caisson in order to transport the ships the seemingly insurmountable vertical height difference. Engineers for this lift took into account many unknowns, even designing the side of the lifts to withstand up to a 5 km/hr impact from a 2,000 metric ton vessel.

Innovative engineering like this is what keeps the world moving, and can bring revitalization to struggling shipping  industries. Before the industrial revolution, boat lifts of this magnitude would have seemed impossible without some kind of magic. The technologies becoming available to us now were thought to be impossible just 20 years ago. Imagine what the future may hold.