Two students have created a website and Google Chrome plug-in that can detect bot Twitter accounts. The tools are already being used by tens of thousands.

Two students have developed a way to detect fake news and bots on Twitter. The news can’t come fast enough for millions of Americans who have recently discovered they may have been subjected to exposure to Russian paid ads and bot accounts created to deliberately interfere with the 2016 U.S. Federal election. The recent investigation into Russia's involvement revealed that more than $100,000 USD was spent by Russia buying ads on Facebook in order to influence voters towards Trump. The two students have developed a website and Google Chrome plug-in called botcheck.me that can detect accounts on Twitter run by bots. These accounts usually have a very single-minded vision to influence followers to a particular train of thought.

One great example is the popular Twitter account @Jenn_Abrams, which was discovered last week to actually be a Russian bot deriving from St Petersburg. The account which started in 2014 gained more than 70, 000 followers and was often cited by mainstream media as a voice of a typical pro-Trump American. 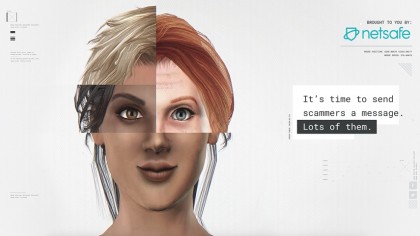 The botcheck.me software was created by first analyzing the patterns of known bot accounts. A set of criteria has now been formed that the software can search for in suspicious accounts. “We essentially train on these characteristics – get a good understanding of what a propaganda bot looks like and what a human looks like and we then predict whether the account is a bot or not based on that,” says co-founder Ash Bhat.

Since its launch, the website has gained tens of thousands of users who are now taking it upon themselves to notify others of bot accounts. The sites inventors, Ash Bhat and Rohan Phadte are happy about people's enthusiasm but believe that Twitter should take more responsibility for notifying people about bot accounts. They have written to Twitter CEO, Jack Dorsey but they are yet to hear back from him. The project took the students only eight weeks to finish.

“Looking further into these accounts, we realized some of these accounts aren’t really human behavior,” says Phadte. “They’re constantly retweeting every minute throughout the 24 hours, they have thousands of followers – but they created their account really only a month ago.”

The political bot detector has a very impressive accuracy rate. “Right now we’re around 93.5 percent and that number is going up every single day as users keep using it,” says Bhat. “Our algorithm is definitely like a good first step, but we don’t have all the information Twitter has. A lot of users, tens of thousands of users have actually taken this tool and have actively started classifying propaganda bots on Twitter,” says Phadte. “But we feel it’s not the responsibility of these users, it’s the responsibility of Twitter and we see this weird predicament right now,” adds Bhat. So far, the algorithm only detects political bots on Twitter.