A new study has revealed that recent droughts have caused substantial increases in the carbon dioxide emissions in the air.

Due to the increase, harmful air pollutants are being released, specifically in the western portion of the United States. The contaminants, which include fossil fuels as a replacement to the hampered hydroelectric power, create electricity from the energy of falling water. 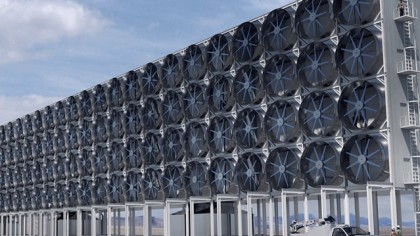 "Water is used in electricity generation, both directly for hydropower and indirectly for cooling in thermoelectric power plants," climate scientist Noah Diffenbaugh, senior author of the study, said.

"We find that in a number of western states where hydropower plays a key role in the clean energy portfolio, droughts cause an increase in emissions as natural gas or coal-fired power plants are brought online to pick up the slack when water for hydropower comes up short."

Droughts, the research says, caused a 10 percent increase in emissions.

Why Is This Happening?

In a study from 2001 until 2015, researchers noticed that droughts caused significant changes in the energy sources of western states. They stated that 100 million tons of extra carbon dioxide - spread across 11 states.

The scientists believe these droughts will become more common over time.

"For decades, people have been looking at the impacts of droughts on food security and agriculture. We're less aware of exactly how droughts impact the energy sector and pollutant emissions quantitatively and systematically."

When hydropower decreases, they said Colorado ramps up its use of power plants that utilize coal. Meanwhile, California and Idaho use natural gas.

To figure out why there is an increase in emissions, the researchers broke down the numbers reported by the U.S. Energy Information Administration and the U.S. Environmental Protection Agency.

"Other parts of the world depend on hydropower even more than the western U.S.," Diffenbaugh said. "Our results suggest that hydro-dependent regions may need to consider not only primary generation but also backup generation to meet emissions reduction targets, such as those in the UN Paris Agreement."

The goal of revealing this research is to show that existing methods can be used in these regions to limit the about of carbon dioxide emissions being released in the air when an area is suffering from a drought.