Chemistry textbooks everywhere should be revised, according to a team of scientists who proved that S2- ion does not exist in aqueous solutions.

Unlike the world of physics, where a large part of the research is about testing how precisely certain theories and models work, research in the branch of science known as chemistry usually revolves around all things related to discovery, from the classic search for endless ways to extract meaning and applications from the elements in the periodic table, to the development of enhanced bacteria structures. 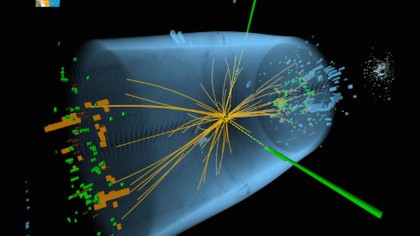 For these reasons, the work of a team of researchers, based at Murdoch University and the University of Western Australia, although not counterintuitive, does in some ways challenge our expectations of what chemists set out to do when they conduct studies.

What they've done, essentially, is to erase the ion S-2 from our collective and scientific memory.

To achieve their objectives, the scientists used a Raman spectrometer, a tool that hits solutions with a laser light with the outcomes helping researchers to generate information about the crystal structures as well as molecular vibrations. After dissolving the compounds into hyper-concentrated aqueous solutions, the team ran them through the spectrometer.

Although the scientists are by no means suggesting that the sulfur ion doesn't exist or at all or is some form of a hologram, they do strongly reject its existence in aqueous solutions. As lead author and University of Murdoch Professor Peter May shared with IFL Science, "There is no longer plausible experimental evidence for S2- in an aqueous solution."

The Heavy Burden of Proof in Chemistry

The team does not state unequivocally that the ion is not present in aqueous solutions, which means it has to instead rely on strong suggestions, using creative language to make their position clear.

In a bold statement which also has a rather tongue-in-cheek tone to it (one can only guess from the suggestive graphic that appears in their research paper), the team spells out the significance of their find: "To avoid conceptual and practical problems with sulfide equilibria in numerous applications, S2−(aq) should be expunged from the chemical literature. Thermodynamic databases involving sulfide minerals also need careful revision."

The suggestion that the ion should be taken out of chemistry textbooks is the part of the argument where the scientists take a departure into bold assertions. It's also telling that, beyond a relatively short and direct abstract, few details are shared in the electronic form.

Again, as the majority of research in chemistry is geared towards discovering or verifying the existence, the team chooses wisely to take a lighthearted approach, not to the research itself, but to the way it could be received by the scientific community. It will be interesting to see how the team's work is received at next year's American Chemical Society meeting. This could be a testing ground for the scientists.

Details about the study appear in a paper, titled "Goodbye to S2− in aqueous solution", which was published in the Chemical Communications journal.