Study Finds There Exists 10,000 Black Holes In the Center of Our Galaxy

Scientists at Columbia University came up with a new method that led to the discovery of tens of thousands of isolated black holes at the center of Milky Way.

A cosmic survey has revealed some startling observations about our Galaxy- The Milky Way. Home to the only inhabited planet, the earth, our galaxy might be a host to tens of thousands of the Black holes.

The Prediction has been made a long time back and was followed by an extensive study for as long as two decades. Though the evidence has been scanty, a new study is opening doors to what is considered to be credible evidence proving that the prediction was actually right.

An Astrophysicist team in collaboration with researchers from the world-renowned Columbia University have revealed about the discovery of as many as twelve black holes within a period of three light years. The discovery about these supermassive black holes has been made with the data originating from Chandra X-ray Observatory.

Surmising the findings, scientists have estimated that there exists an estimation of around ten thousand isolated black holes and a total of around five hundred binary systems of black holes.

Blackholes: They Are More in Numbers than You Think!

Scientists are of the opinion that almost all the massive galaxies in the universe are dotted by a supermassive black hole. The first signal about the presence was picked up by scientists in 1931 around the Sagittarius A*.

The Sagittarius A* is expected to be surrounded by many more black holes because of the gigantic halos of dust and gas around it. These conditions are ideal for the birth and death of the stars and hence a perfect breeding ground for black holes.

Co-Director of Astrophysics Lab at the Columbia University and the pilot author of the study, Dr. Chuck Hailey, confirmed the facts by naming the results as a cogent proof of years old prediction. According to Dr. Chuck Hailey, the region is expected to be a home for ten thousand to twenty thousand black holes, only six light years wide.

These black holes have been a mystery in recent past and were only a topic of predictions. Hidden from scientific observations for so long. A new method has been devised by the Columbia scientists for the detection of smaller voids in space. 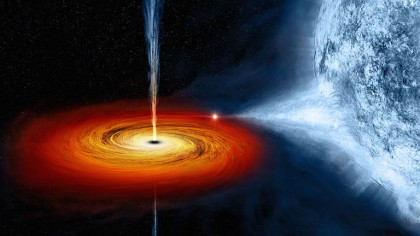 The black holes have remained solitary for long and few with huge gravitational fields capture the passing stars. The process is giving birth to a binary process called “mating”. Imperatively, the binding action leaves a continuous stream of the x-rays busts, that are detectable on Earth.

These findings may also aid the gravitational wave hunt; the time-space ripples as predicted by Albert Einstein, which talks about the catastrophic events that might happen in space like that of black hole collision.

Dr. Hailey also emphasized on the fact that the milky-way is the only galaxy that can be studied to find out how these Supermassive black holes will interact with smaller ones because the interactions are not observable in rest of the galaxies.

Via: The Telegraph, Nature