It seems that today's society is lacking education in the crucial cognitive and social components of collaborative problem solving that will be needed to tackle our current global issues.

The 21st century is rigged with problems from ever looming climate change-caused catastrophes to ever increasing cybersecurity threats. And according to new research, it seems we are simply not equipped to fight these issues.

The reason, reveals a new report published this week in Psychological Science in the Public Interest, is that we are simply not being trained to have the teamwork skills required to confront these multi-dimensional complex problems.

It's all about the CPS

Written by an interdisciplinary team of researchers, the study identifies more specifically a lack in formal training in the essential cognitive and social components of collaborative problem solving (CPS). “CPS is an essential skill in the workforce and the community because many of the problems faced in the modern world require teams to integrate group achievements with team members’ idiosyncratic knowledge,” the authors of the report say.

Today, only 8% of students worldwide show strong CPS skills, according to a 2015 assessment of more than 500,000 15-year-old students conducted by the Organisation for Economic Cooperation and Development. “The experiences of students in and out of the classroom are not preparing them for these skills that are needed as adults,” write the study's authors.

Part of the problem lies in a deficit in evidence-based standards and curricula in school where agendas usually focus on educating task- and discipline-specific knowledge. “Students rarely receive meaningful instruction, modeling, and feedback on collaboration,” the researchers note.

Although the authors do argue that some training relevant to CPS can be acquired through extracurricular activities such as sports and volunteering, the competencies practiced are not directly relevant to problem-solving. “We are nearly at ground zero in identifying pedagogical approaches to improving CPS skills," warn the authors. 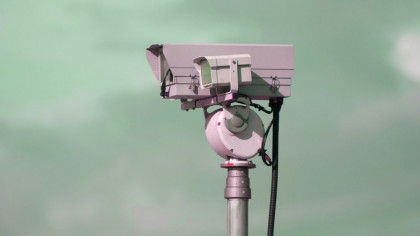 Now, in a project funded by the National Science Foundation, one of the report's authors, Stephen M. Fiore from the University of Central Florida, supported by the other research members, is training students to collaborate across a range of disciplines to identify effective CPS-based solutions for addressing the many effects of rising sea levels in Virginia’s Eastern Shore.

“It’s exciting to engage in real world testing of methods developed in laboratory studies on teamwork, to see how feedback on collaboration, and reflection on that feedback to improve teamwork strategies, can improve students’ problem solving,” Fiore explains.

The researchers also emphasize that even establishing the training for such skills will already require interdisciplinary cooperation among researchers, educators, and policymakers. The noble endeavor is one that will particularly need the assistance of psychological scientists.

“When psychological scientists collaborate with educational researchers, computer scientists, psychometricians, and educational experts, we hope to move forward in addressing this global deficit in CPS,” conclude the study's authors.

Via: Association for Psychological Science