New research has found that women's brains appear to be metabolically about three years younger than men's of the same age.

There is no doubt that women and men are biologically quite different. As a result, we can count on the fact that our brains would likely function differently.

Now, a new study from Washington University School of Medicine in St. Louis has discovered a distinct difference specifically in our brains' age.

The research has revealed that women's brains appear to be about three years younger than men's of the same age. The difference is a metabolical one, and it may serve to explain why women seem to stay mentally sharp longer than men. 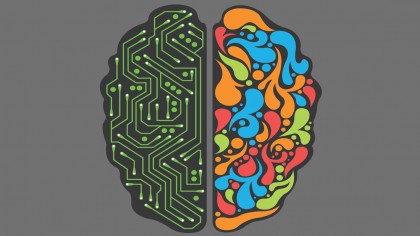 "We're just starting to understand how various sex-related factors might affect the trajectory of brain aging and how that might influence the vulnerability of the brain to neurodegenerative diseases," said senior author Manu Goyal, MD, an assistant professor of radiology at the university's Mallinckrodt Institute of Radiology.

"Brain metabolism might help us understand some of the differences we see between men and women as they age."

Although researchers have so far explored a lot of the processes that make women age differently than men, so far brain metabolism was one area where very little was understood. As a result, Goyal and his colleagues decide to explore how both the sexes' brains used sugar.

The researchers studied 121 women and 84 men, ranging in age from 20 to 82 years. The study's participants had PET scans done so the scientists could observe the flow of oxygen and glucose in their brains.

They then used a machine-learning algorithm to determine a relationship between age and brain metabolism, feeding the system first the men's details and then the women's. It was this algorithm that revealed that women's brains were an average of 3.8 years younger than men's.

The same algorithm in reverse

To ensure their data was on point, the researchers also used the same algorithm but in reverse, feeding first the women's data and then applying it to the men's. The algorithm then yielded a result that found that men's brains were 2.4 years older.

"The average difference in calculated brain age between men and women is significant and reproducible, but it is only a fraction of the difference between any two individuals," Goyal said. "It is stronger than many sex differences that have been reported, but it's nowhere near as big a difference as some sex differences, such as height."

However, it is important to note that even the youngest participants, those in their 20s, showed a difference of about three years in age. What this means is that men's brains do not age faster, they simply have a bit older brains, to begin with.

"It's not that men's brains age faster - they start adulthood about three years older than women, and that persists throughout life," said Goyal.

"What we don't know is what it means. I think this could mean that the reason women don't experience as much cognitive decline in later years is because their brains are effectively younger, and we're currently working on a study to confirm that."

To explore this next question, Goyal and his team are now expanding their research to evaluating the likelihood of adults' developing cognitive problems over time.