Study reveals several reasons why processed meat could be bad for our health and also links it to maniac episodes.

But thanks to a study conducted by the Johns Hopkins University School of Medicine in Baltimore, MD, the reasons for not consuming processed meats might be more apparent than ever!

The researchers from the university were recently able to establish that eating processed meats such as beef jerky and salami might possibly cause maniac episodes in humans. The findings from their research can be found in the journal Molecular Psychiatry.

If the definition of PsychCentral is to be believed, a manic episode can be defined as a “mood state characterized by period of at least one week where an elevated, expansive, or unusually irritable mood exists.” There can be countless symptoms of these maniac episodes including but not limited to irritability, insomnia, hyperactivity or difficulty in sleeping at nights.

Excess energy could also be a possible sign that you are suffering from a manic episode. Being said that, if you are prone to maniac disorders, the story does not end there!

You might also be suffering from schizophrenia or the bipolar disorder due to these recurrent episodes.

Therefore, as is evident, these are not very pleasant disorders to have. A press release regarding this study also revealed that the study was originally established to examine the different ways in which “certain diets and potentially types and amounts of bacteria in the gut may contribute to mania and other disorders that affect the brain.”

The lead author of the study, Dr. Robert Yolken even mentioned that their original focus wasn’t on processed meats or even mania. They started considering that angle once the study started taking shape and coming together.

So, why are processed meats so harmful to us? According to the hypotheses of the research team, nitrates that are used in the curing and processing of meats could be the potential reason behind the side effects of consuming meats such as beef jerky. 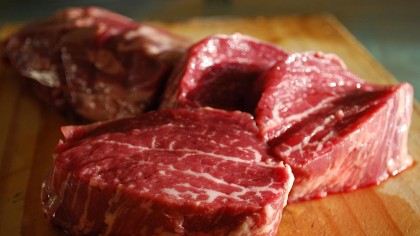 Nitrates have forever been a controversial ingredient when using them in the curing and processing of red meat.

This theory was further proved to be true after a series of tests conducted on rat models by Dr. Yolken in collaboration with Dr. Seva Khambadkone and Kellie Tamashiro from Hopkins University.

Talking about the evidence from the study, Dr. Khambadkone said, “It's clear that mania is a complex neuropsychiatric state, and that both genetic vulnerabilities and environmental factors are likely involved in the emergence and severity of the bipolar disorder and associated manic episodes.”