Radiation from sunshine could be a contributing factor in a type of severe heart attacks according to new research that tracked the seasonal occurrence of its occurrence across seven countries. Previous research has shown that the deadly heart attack type known as ST-elevation myocardial infarctions, or STEMIs most often occurs in the daytime during the colder winter months.

Heart attack occurrences from all over the globe examined

To begin to understand the regularity and timing of these heart attacks, scientists examined 2,270 STEMI cases in both the Northern and Southern hemispheres as well as at different latitudes in Italy, China, Scotland, Finland, Japan, Australia and Singapore. 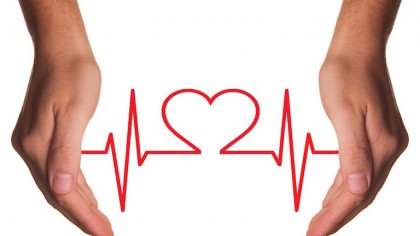 "No study before this has investigated this shift from day hours to nocturnal hours," said Carlo Vittorio Cannistraci, the study's lead author and a theoretical engineer in the Biotechnology Center and the Department of Physics at the Technical University of Dresden in Germany. Researchers noted the patterns in the heart attack when they were collaborating on another study which revealed to them a late afternoon peak in occurrence in Italy.

This prompted the scientists to examine more closely the time of day and season of more cases. It was when they began to look at Singapore, a country with no discernible seasons that the link to sun radiation was made.

Linking sunshine to heart attacks seems like a leap and scientist admit that initially, they were skeptical themselves. "By this study, we really are studying the dark side of the moon – what we don't really know," said the study's co-author, Dr. Enrico Ammirati, a cardiologist at Niguarda Hospital De Gasperis Cardio Center in Milan, Italy. "We tried to look at the problem of acute myocardial infarction, to look at an area that previous studies didn't examine, how something related to natural phenomena can affect us."

The researchers say there is a long way to go before they fully understand the links between sun's radiation and these deadly heart attacks but that they hope this initial probing of the issue will spark other research into the area.

Scientists urge us to respect our link to the environment

Cannistraci explains the research is another step forward in strengthening the understanding of how our environment affects our health. "We should respect more the environment because perturbations can have a negative feedback on our health in unexpected ways,” he says.

STEMIs, also known as massive heart attacks, occur when an artery leading to the heart muscle is completely blocked. In this case, the heart cannot receive blood and the muscle can begin to die. between 2006 and 2011, emergency rooms in the United States saw an average of 258,106 STEMIs cases each year.

Via: Journal of the American Heart Association