One of the biggest worries about self-driving cars from skeptics is that it will disrupt traffic flow. Somehow, they say, these systems will fault and traffic will get worse for the rest of us human drivers. However, new research has surfaced reporting that those worries aren't the case. The study actually found that just a handful of autonomous vehicles were needed to improve traffic flow.

The University of Illinois College of Engineering conducted the study. The team consisted of researchers from various fields -- everything from robotics to traffic flow theory to transportation engineering. 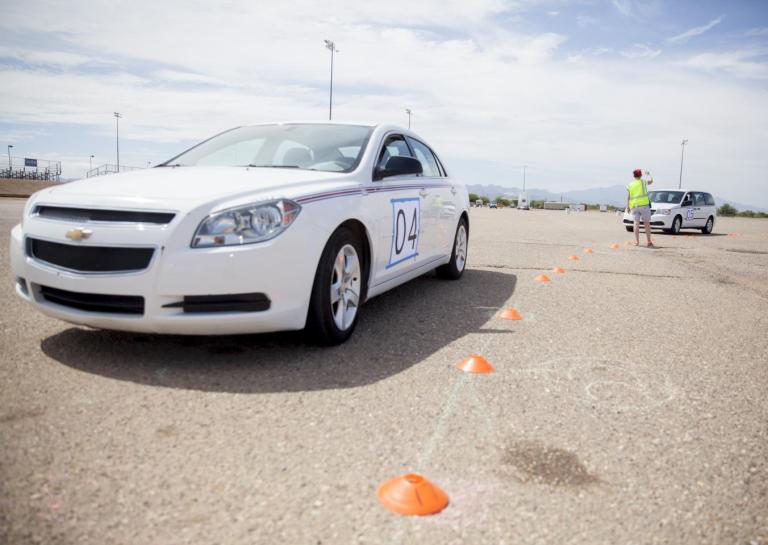 "Our experiments show that with as few as 5 percent of vehicles being automated and carefully controlled, we can eliminate stop-and-go waves caused by human driving behavior," said Daniel B. Work, assistant professor at the University of Illinois and a lead researcher in the study.

Rather than using a crowded road for research, the team picked a safer, more easily controlled space. They conducted experiments in Tuscon, Arizona. A single autonomous vehicle continuously circled a track with 20 human-driven cars. The researchers noticed that human drivers make stop-and-go traffic, even without a reason for bottlenecking. It's called a "phantom traffic jam."

However, the addition of the self-driving car helped to control the pace. Thus, the team could normalize traffic flow simply by adding one autonomous car. It eliminated the ebbs of normal traffic and reduced the overall fuel consumption of the human-driven vehicles by 40 percent. It's the first time that researchers have experimentally supported the claim that autonomous cars improve the overall driving experience for human drivers.

Don't set about buying a new Tesla model just yet

Principal investigator Benedetto Piccoli, an associate professor of mathematics at Rutgers university, said the research hints to an inevitable future.

"Fully autonomous vehicles in common traffic may be still far away in the future due to many technological, market and policy constraints," Piccoli said. "However, increased communication among vehicles and increased levels of autonomy in human-driven vehicles is in the near future."

Autonomous car manufacturers like Tesla imply that the safest time to be on the road will be when every car is a self-driving one. Opponents claim that man should always control machine. For the time being, the roadways across the globe serve as playgrounds for both ideologies. Traffic flow researchers and teams like the Illinois group serve as crucial observers of the middle ground. They will be vital during the transition into having more self-driving cars on the road. Benjamin Seibold, a mathematics professor from Temple Univeristy, expounded on this idea.

"The proper design of autonomous vehicles requires a profound understanding of the reaction of humans to them," Seibold said, "and traffic experiments play a crucial role in understanding this interplay of human and robotic agents."

The team plans on adding additional cars into the mix for future studies. They also want to experiment with giving human drivers more freedoms as a factor, such as extensive lane changing.

Via University of Illinois College of Engineering