Periods of intense heat could be effecting how we think, according to a new study.

If the hot summer weather is making you sluggish, you're not alone. A recent study from the Harvard T.H. Chan School of Public Health found that extreme heat can have a negative effect on cognitive abilities, and one that lasts even after the temperature has dropped.

The study was published earlier this week in PLOS Medicine, and focused on the effect of intense periods of heat on students. Until now, it's been fairly well-known that extreme weather conditions, live heat waves, can negatively impact physical health. This is especially true for the health of elderly people. However, this study is one of the first to suggest that regardless of your age, high temperatures can affect your cognition too.

As part of the study, 44 Boston students were separated into two groups. One group was placed in a building with air conditioning, while the other group was placed in a building without. The study lasted 12 days and was conducted at the peak of Summer in 2016. The first five days of the study were seasonably warm, but were followed by a five-day heat wave. The remaining two days of the study marked a significant cool down period.

In the study, all students were required to take a short test on their smartphones after waking up each morning. Not only did the students without air conditioning perform worse than those with air conditioning, but they also experienced significant decreases across five different measures of cognition. When tasked with basic arithmetic questions, the students without air conditioning received 13.3% lower scores than those of the other group. It also took them 13.4% longer to react to a test which required them to identify the color of certain words.

Once the period of cooler weather hit in the remaining two days of the study, the effects continued. This suggests, according to the study, that the impact of a heat wave can linger even after the temperature has dropped. This is partially due to the fact that many buildings are designed to retain heat, and so an indoor heat wave can be created even when temperatures outside have cooled. 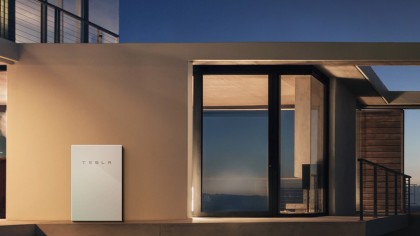 This is bad news when you consider that American adults spend 90% of their time indoors. This would suggest that many people could be suffering from impaired cognition throughout the warmer months, without realizing their situation or its cause.

As climate change causes temperatures to creep upwards across the globe, this problem could soon become more apparent. The researchers involved in the study hope that by drawing attention to the personal impact of extreme heat and global warming, more people will be concerned about climate change. By highlighting how changes in climate affect us on an individual level, it could prompt people to be more proactive in combatting the climate change crisis.

So if you're working indoors this summer and find it difficult to think straight, open a window or take a few minutes outside. Use air conditioning or fans if available, and keep your mind sharp.