Alarming new research by the University of Hawaiʻi at Mānoa puts into perspective the much-discussed growing concerns over the currency's extremely energy-intensive mining processes.

Bitcoin seems to be doing increasingly well despite Chinese threats of shutdowns and the constant comparisons to the dot-com bubble surge and crash. The currency once associated with criminal activity is finding mainstream even philanthropic applications. 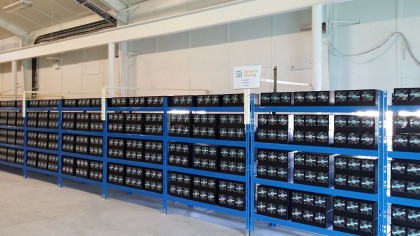 Bitcoin Has an Energy Issue, and It's Getting Really Serious

However, the cryptocurrency has a notorious energy problem that has raised the concern of both environmental researchers and energy analysts alike. And although there have been several attempts to get creative with Bitcoin mining, there is no denying the activity is enormously energy consuming.

Now, a new study is warning that a Bitcoin push may even lead to a climate change disaster. According to research by the University of Hawaiʻi at Mānoa (UH Mānoa), should the cryptocurrency be implemented at similar rates witnessed in other technologies, its emissions alone could push global temperatures above the much-feared 2°C threshold by 2033.

“Bitcoin is a cryptocurrency with heavy hardware requirements, and this obviously translates into large electricity demands,” said Randi Rollins, a master’s student at UH Mānoa and coauthor of the paper. The UH Mānoa researchers analyzed information related to the currency's emissions, including Bitcoin mining computer efficiency and miners' geographic locations, and estimated that the use of bitcoins emitted 69 million metric tons of CO2 in the year 2017 alone.

The researchers further evaluated the emissions that resulted from the societal adoption of other technologies and produced scenarios estimating the cumulative emissions of Bitcoin should the industry grow at similar rates. The outcomes were not good!

“With the ever-growing devastation created by hazardous climate conditions, humanity is coming to terms with the fact that climate change is as real and personal as it can be,” said Camilo Mora, associate professor of Geography in the College of Social Sciences at UH Mānoa and lead author of the study. “Clearly, any further development of cryptocurrencies should critically aim to reduce electricity demand, if the potentially devastating consequences of 2°C of global warming are to be avoided."

However, it should be noted that the study has already seen some pushback. Northwestern University energy modelling specialist Eric Masanet has called the research “fundamentally flawed" saying it fails to take into account current successful efforts at decarbonizing electricity production.

“While the future growth of cryptocurrencies like bitcoin is highly unpredictable, we do know that the global electric power sector is decarbonizing and that information technologies — including cryptocurrency mining rigs — are becoming much more energy efficient," said Masanet in a statement to Axios.

Still, the work brings up important and valid points about this growing energy-intensive industry. And when it comes to our climate, we beg to argue that it is better to be safe than sorry. So let's develop Bitcoin by all means, but let's make sure we do it in eco-friendly ways.

The study is published in the peer-reviewed journal Nature Climate Change.

Via: University of Hawaiʻi at Mānoa