Yosemite National Park in California is an amazing sight to see, and home to many beautiful natural wonders. In certain months of the year, the Sun sets on the park at certain angles to create some interesting effects. The waterfall that plummets over the peak of El Capitan travels down an incredible 1,500-foot granite wall before it continues flowing downstream. This waterfall is aptly named the Horsetail Firefall as the setting sun lights it up to make it look like a waterfall of lava, flowing over the cliff like a horsetail. 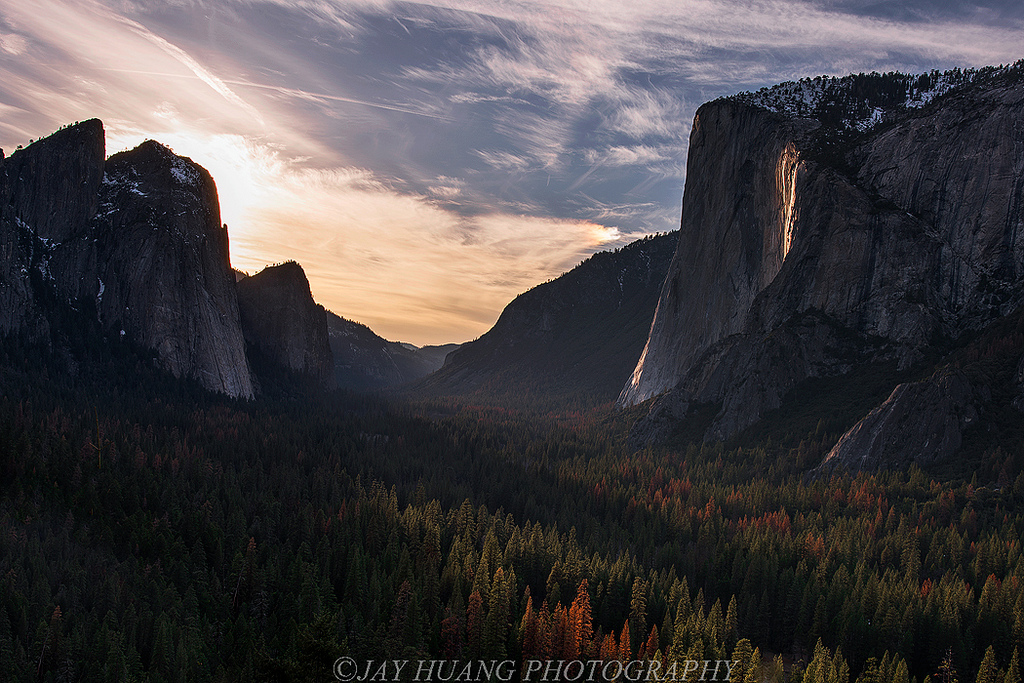 This waterfall doesn't flow all year long, and some years it isn't even present at the usual time depending on the previous month's weather. However, if the waterfall is flowing in February, and the sky is clear, the waterfall takes on a new light to become something of even greater beauty. This beautiful natural wonder is best seen from a small clearing in Yosemite valley, but you have to be one of the lucky ones to be there at the right time to see it. 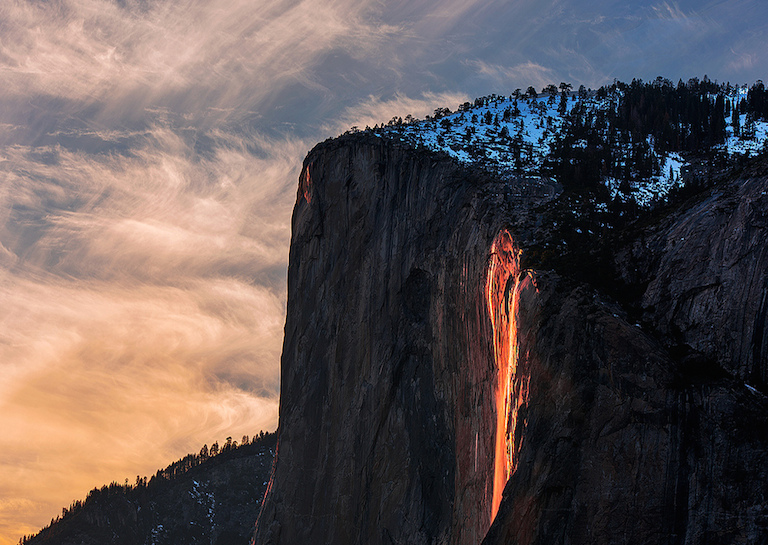 Each year this natural phenomenon gathers hundreds hoping to capture their very own images of the waterfall's natural beauty. The name of this waterfall also pays homage to a manmade firefall that took place in the park in late 1800s to early 1900s. Burning hot embers were spilled from Glacial Point in the park to create an actual falling fire that would attract thousands of visitors each year. Eventually, the park services ordered it to stop as the increased traffic was causing destruction to the surrounding meadows. 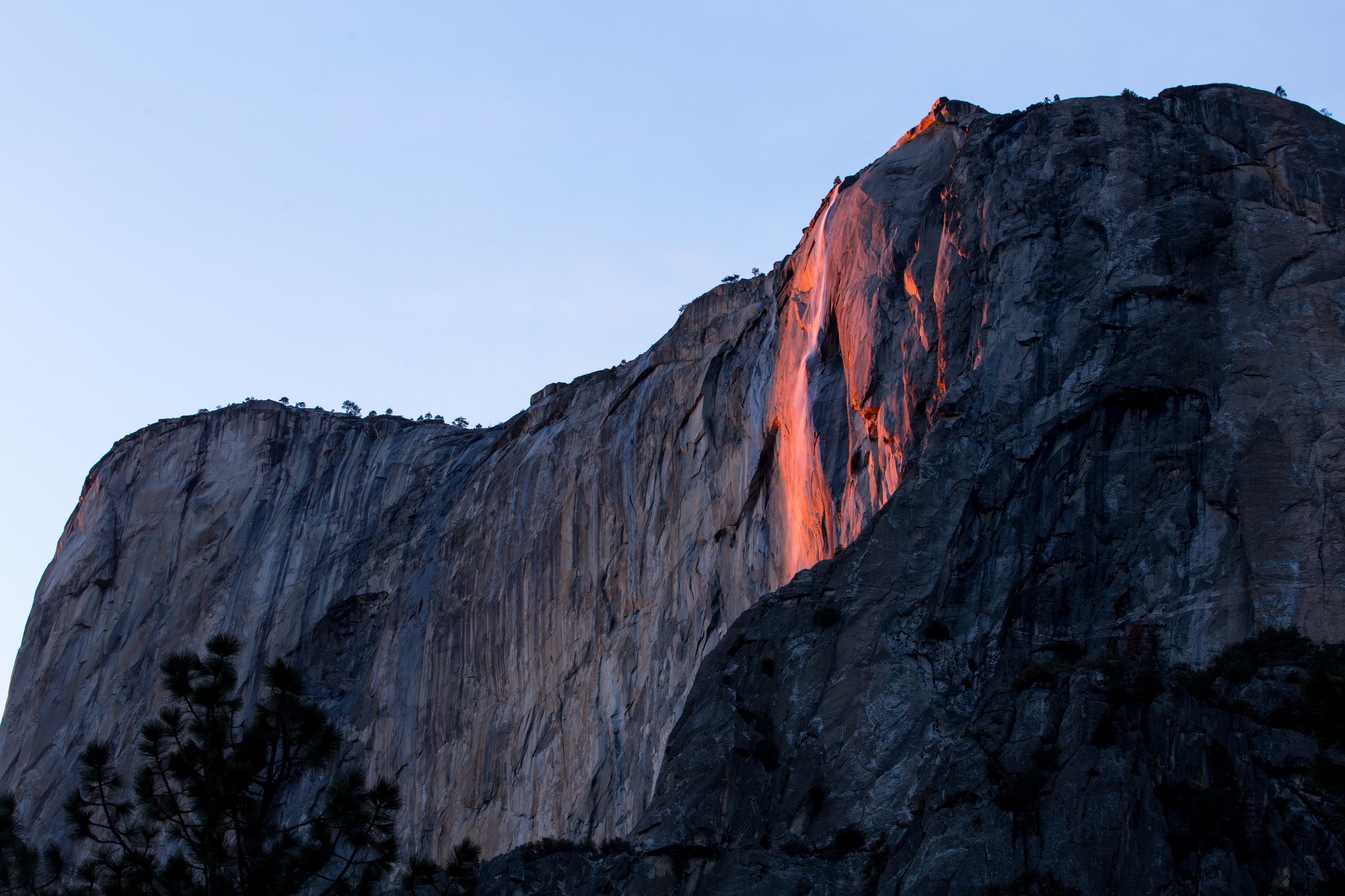 If you ever make your way over to California in the United States, Yosemite National Park is a must-see for any nature lover. Who knows, maybe you will get to see the beautiful firefall take place?