Subwing is changing water-sports and lets you fly underwater

A new water-sport craze that's taking things under the surface is sweeping across Europe. Say hello to the Subwing. The Subwing is a 4ft carbon-fibre 'wing' that you hold onto in the flying position while being dragged through the waters by a speedboat. 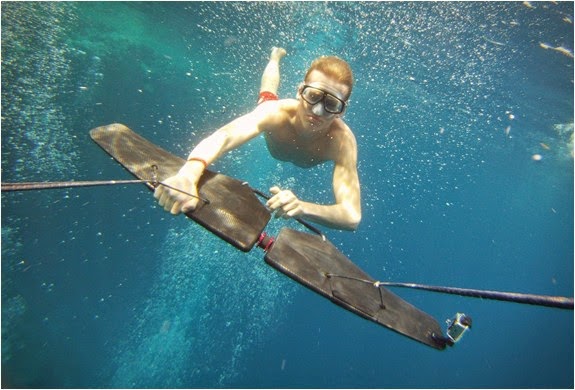 Simon Sivertsen, a Norwegian teenager, came up with the idea whilst bored on holiday. He designed and fashioned a wing using just banana boxes before tying it to the back of a yacht using 30 ft of rope and convincing the captain to drag him through the sea. After discovering you could tilt the wing to provide motion under the surface he began to refine the idea. 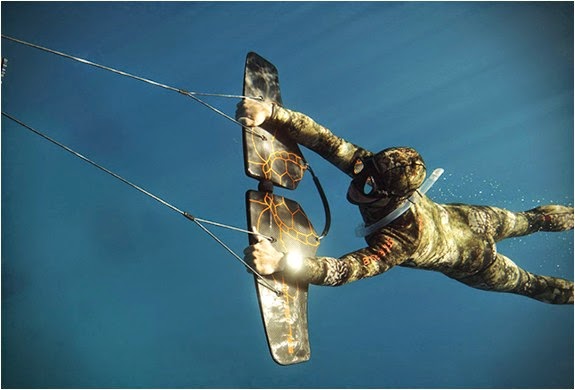 Now 22 years old, Sivertsen's Subwing has come into its own and is spreading across the water-sports world. "Riders are towed behind a boat and have the ability to spin, turn and dive almost anywhere," says Director of Subwing, Mats Westgård. It's said that it requires 'little or no practice' and using the Subwing is quite intuitive. Tilting the wings right or left allows for dramatic dives, lateral ricochets, and exhilarating corkscrew spins.

"Riding the Subwing will make you feel like you’re flying underwater and gives the rider a sense of dolphin-like freedom," Westgård continued.

Users can choose how fast they want to be towed (usually 2-4 knots which is 2.3-4.6 mph) and initially stay underwater for 10-15 seconds hitting depths of about 3 metres but with practice comes longer and deeper dives with more exhilarating maneuvers.

A Subwing centre has now been created at the Pelligoni Club in Zakynthos, Greece, which Sivertsen says was chosen because "The water is ridiculously clear and the mountains there shelter the coast from the waves." 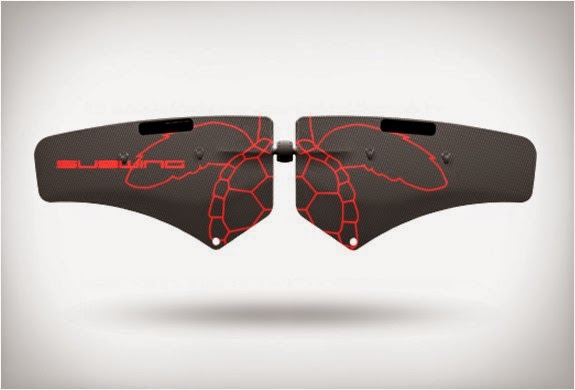 You can get your own Subwing from a local dealer with the fiberglass version setting you back $490 or if you have a little extra to spend then you can get your hands on a carbon fiber version for $850 to $895.