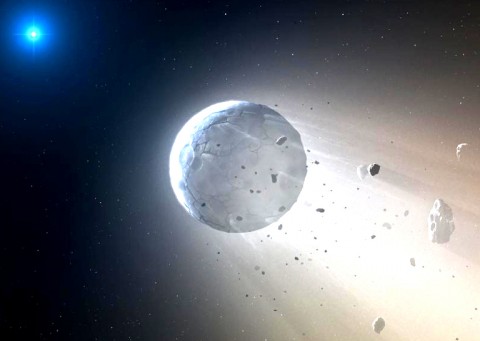 When stars, much smaller than our sun, reach the end of their lifespan, they shed their outermost layers and become white dwarfs. The material in a white dwarf no longer undergoes fusion reactions, so the star lacks a source of energy. As a result, it cannot support itself by the heat generated by fusion against gravitational collapse, but is supported only by electron degeneracy pressure, causing it to be extremely dense. It is common for astronomers to observe lighter elements such as helium and hydrogen rising to the surface of white dwarfs.

But astronomers have just discovered a white dwarf whose outer atmosphere is greater than 99.99% pure oxygen. This type of oxygen-dominated white dwarf has never been observed before. It's truly a needle in a haystack kind of discovery because out of 32,000 white dwarfs we know of, it is the only one that has this oxygen-rich atmosphere. Neon and magnesium are the next most abundant elements, and the star also has trace amounts of silicon but no detectable hydrogen or helium. The lack of helium and hydrogen in the atmosphere creates a bewildering conundrum. 80% of white dwarfs have an atmosphere composed mostly of hydrogen and the rest are composed of helium. A star like this has never been discovered before.

"This white dwarf was incredibly unexpected," says Kepler. He continues,

"The identification of this white dwarf provides the first evidence of this phenomenon. One possibility is that interactions with a nearby companion in a binary star caused the white dwarf to bare its oxygen envelope."

The star is conveniently named SDSS J124043.01+671034.68 or 'Dox' and was discovered at Federal University of Rio Grande do Sul in Brazil by a team led by Souza Oliveira Kepler. Before its discovery, this type of white dwarf was only conceived of in a hypothetical manner. It was thought that only a long-lived ancient sun could have an atmosphere devoid of helium and hydrogen and full of oxygen. Kepler believes the origin of Dox may include history with another star that at one point engulfed it. The discovery of this new kind of white dwarf is creating multiple origin theories in the world of astronomy.

How Was Dox Discovered? 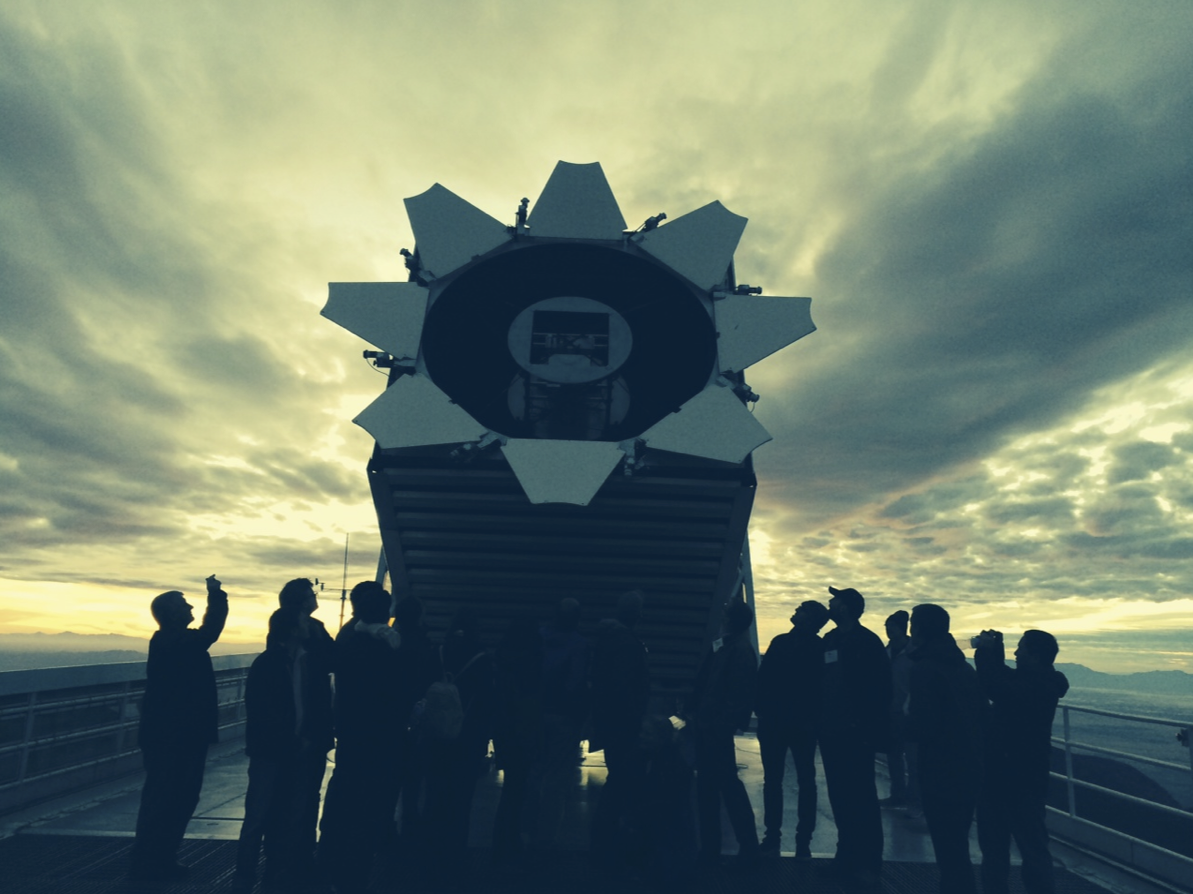 Sloan Digital Sky Survey has created publicly available data on 4.5 million stars. To find their white dwarf with an oxygen atmosphere, Kepler, Gustavo Ourique and Detlev Koester of the University of Kiel painstakingly sifted through 300,000 astronomical graphs by hand. How does sifting through 300,000 printed star observation graphs day in, day out, sound to you? I thought so. Me, neither.

That's why Gustavo Ourique and the entire team deserve our recognition. Gustavo was the one who luckily first discovered something unusual when he looked at a star graph of Dox. You see, computers have not yet been programmed to find something "cool and weird", so the task was upon the team to do so. He brought his unusual finding to Kepler and the rest is history. I wonder in what year computers will be able to find something this "cool and weird"?

This star survived a supernova to continue shining bright